Grothendieck's hermitian 70,000 pages: do they have a value?

TBBT in Long Island: Newsday (for EU readers harassed by GDPR) tells us that the string theorist Luis Álvarez-Gaumé, the Spanish-born director of the Simons Center, and others on the island are fans of The Big Bang Theory, like your humble correspondent. The article discusses the child-like personality of physicists, supersymmetry, Asperger, and whether the viewers laugh with the characters or at them, among other topics.


Last week, Le Monde brought us some information about the material left by Alexandre Grothendieck, a legendary mathematician. Here you have an English translation:


Grothendieck, considered the greatest 20th century mathematician by numerous smart enough folks, was born in Berlin in 1928 to anarchist Jewish parents and moved to France during the war. After the war, he started to do some deep mathematics and discovered fundamental insights in category theory, number theory, topology, algebraic geometry etc.

He has greatly influenced the "way of thinking" of professional mathematicians – and as diverse results as the proof of Fermat's Last Theorem as well as the Higgs mechanism in physics.

Like Perelman, he refused some prizes etc. Grothendieck became a fanatical environmentalist at some time – e.g. he predicted the end of the world in 1982. In 1991, he moved into a new address that no one was told about. Between 1992 and 2014 when he died, he lived in an invisible enough village.

You could have imagined that he was just dealing with the sheep, dressed in their wool and eating the sheep milk. But that would be inaccurate. In fact, he has left 70,000 pages of mathematical scribbling. You should add 28,000 pages of similar text – numbered pages – he previously wrote while in Montpellier (the image at the top is from that collection). 70,000 pages per 22 years corresponds to some 8+ pages a day. It's possible to do it, of course, but the relentlessness of the efforts is amazing.

It's unclear whether Grothendieck's notes have some deep value. And if they have some objective value that a perfect reader could appreciate, we face an unequivalent question: Is there someone in the world today who could find the notes helpful? I have some doubts about it. Lots of notes that people like that write – e.g. the notes that I do write – are relying on some "mode of thinking" that is only comprehensible to the writer's brain. For another, even rather similar person, much of the writing may be either trivial or impenetrably cryptic.

At any rate, I feel that the pages should be made publicly available to mathematicians unless there exist legal or private reasons – or a will – to keep them confidential. 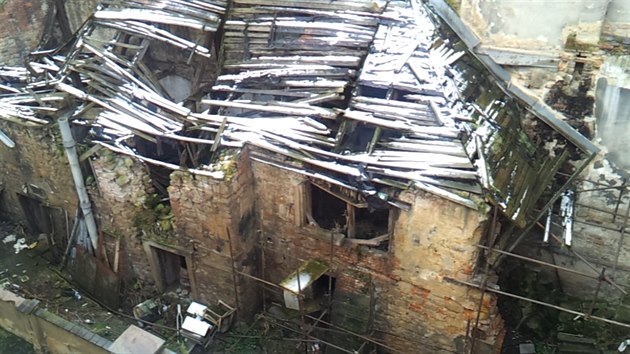 As a hermit, Grothendieck had a rather convenient life – the rural cottage he inhabited looked fancy. After some huge expenses and nights under the bridge, I plan to rent a bedroom in the house above. It's not too bad. But if you want to increase my chances of survival, you really should try to send a donation – and persuade the billionaires who live nearby to do the same, with some extra zeroes added at the very end. The PayPal "heartsuit" icon may be found in the right sidebar.
Luboš Motl v 7:17 AM
Share