A Czechoslovak communist company was a source of universal admiration and was considered a miracle.

I think that you're really among the first non-Czechoslovak people who learn something about that phenomenon – which may be interpreted as a sign of the director's (and/or Czechs') amazing skills or as an example of the truly bizarre anomalies that the suppression of the free markets sometimes creates.

Most recently, František Čuba (1936-2019) was a Czech Senator for President Zeman's small party, SPO (formerly SPOZ). That agronom, pedagogue, and politician has been mostly known as the director of JZD Slušovice, the most famous farm of the Soviet bloc. Čuba, a communist cadre, has been the boss of JZD Slušovice (founded in 1952) since 1963 (when he was a 28-year-old ambitious commie) but it was the last years of communism in which the success of JZD Slušovice became stunning.

OK, just to be sure, Slušovice should be a seemingly ordinary Eastern Moravian village near the Slovak border – that's been promoted to a town again just a few decades ago – which has 3,000 inhabitants. What do you expect from such a šithole with 3,000 people?

Well, there are some farmers, right? After 1948, the Czechoslovak agriculture has been collectivized. In Russia, they use the acronym "kolkhoz" which stands for "collective farming". The Czech equivalent of "kolhoz" was JZD – the abbreviation of the "United Agricultural Co-op" (Jednotné zemědělské družstvo). And, like in many villages or small towns, Slušovice got one in 1952, as I mentioned. By the early 1950s, all farmers were forced to join these co-ops and dissolve their assets, otherwise they would be considered evil capitalists. 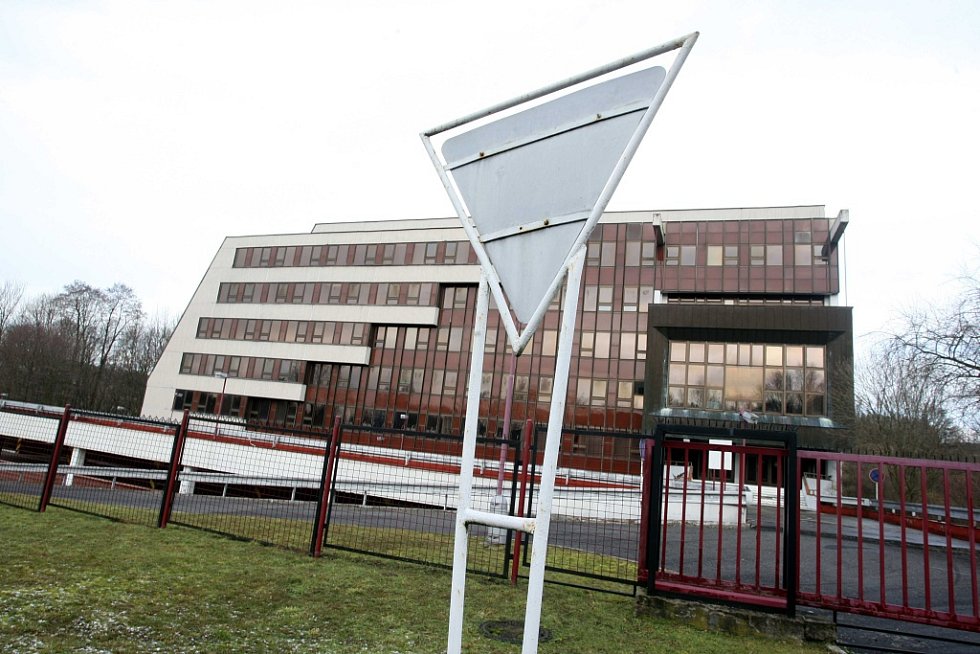 The administrative building of the JZD

OK, Čuba was a seemingly ordinary communist director. He fought against alcohol in his JZD which wasn't terribly rare. But he also talked about "motivational aspects of work" that could be considered stuff from some recent P.R.-like expertise taught to the future managers in the contemporary West. Some inspiration of this guy by the old-fashioned capitalists, including Baťa the shoemaker (from the nearby city of Zlín, or Gottwaldov as Zlín was called during communism), was self-evident.

In 1989, the last year of communism in Czechoslovakia, Slušovice's revenue was 7 billion Czechoslovak crowns (CSK) and CSK 800 million was the profit. You should really multiply it by ten to get the modern counterparts of these numbers. The profits were huge, not only for a farm. They were huge relatively to almost any company you could see in Czechoslovakia. With 6,000 employees or so, the revenue was almost one million crowns per employee – orders of magnitude above other companies. 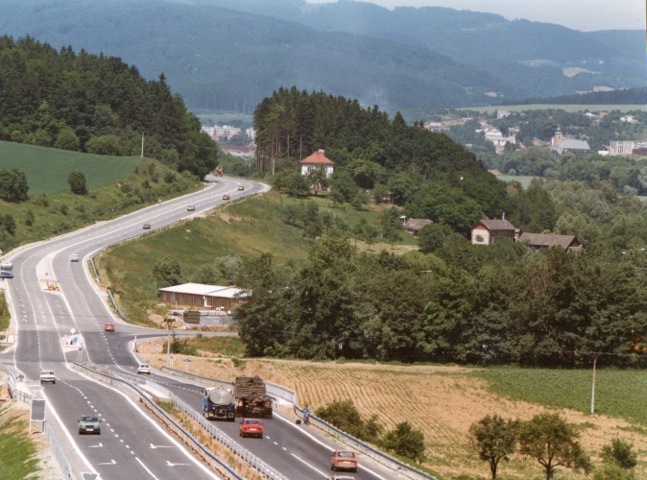 But the numbers don't say much. It's funnier to look at the pictures and enumerate the activities. The picture above shows a special superhighway that was built to that šithole. Just imagine. A village-or-small-town with 3,000 people but it had a special superhighway. OK, it was just a 2-kilometer-long connection to another highway but good enough.

JZD Slušovice was an aggressively expanding company with capitalist traits that was penetrating to the Soviet Union, Vietnam, and Egypt – but was also cooperating with West German and Italian companies.

For Audi, JZD Slušovice built a special circuit to test the new cars – by itself, this Audi fact implies that Čuba couldn't have been considered an orthodox communist, I would say LOL. If an Audi circuit doesn't sound like an impressive enough hobby for a farm in a šithole, let me tell you that the farm has also created its own airline, Moravia Air, that was mostly flying to the Mediterranean destinations.

JZD Slušovice had an extra production of biochemical products, especially insecticides that were mostly exported to Asia.

They competed with Tuzex, the network of shops with products important from the West. Their network of shops competing with Tuzex was called Kvatro. I am not sure whether it's a coincidence that Audi was also testing Audi Quattro in Slušovice. ;-) They were clearly working in many industries, as they're normally divided in the West. 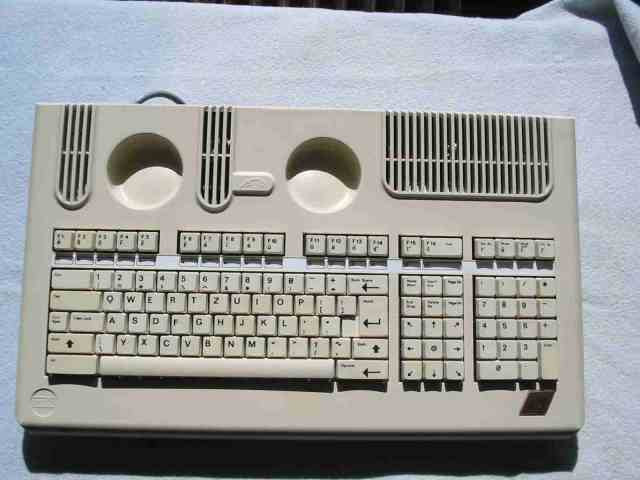 It's totally natural that I must mention this pretty home computer, TNS HC-08 (they were making several models, like HC-16). It was clearly a counterpart of IBM PC. With hindsight, I do believe that the West wasn't 10-15 years ahead of us in these tech things, as we used to say in the 1980s, but only 5 years or so. If you care, TNS stands for "ten náš systém", "that system of ours", and believe me that Czech doesn't normally use articles which is why "ten" looks artificial and somewhat humorously English-like.

There were several usable computers produced in Czechoslovakia of the 1980s. Tesla – the company that had a legally codified monopoly in all of electronics – was mostly producing PMD-85, approximately a counterpart of Sinclair ZX-81 or Sinclair ZX-Spectrum (not compatible with either). Note that Tesla was also producing its clone of the Intel 8080 microprocessor.

Aside from Ohio Scientific and PMD-85, I often worked with IQ-151, a larger and overheating coffee machine. That was produced by ZPA Nový Bor. ZPA stands for "Company of Industrial Automatization" ("Závody průmyslové automatizace") so it was somewhat expected for them to do some "tech". 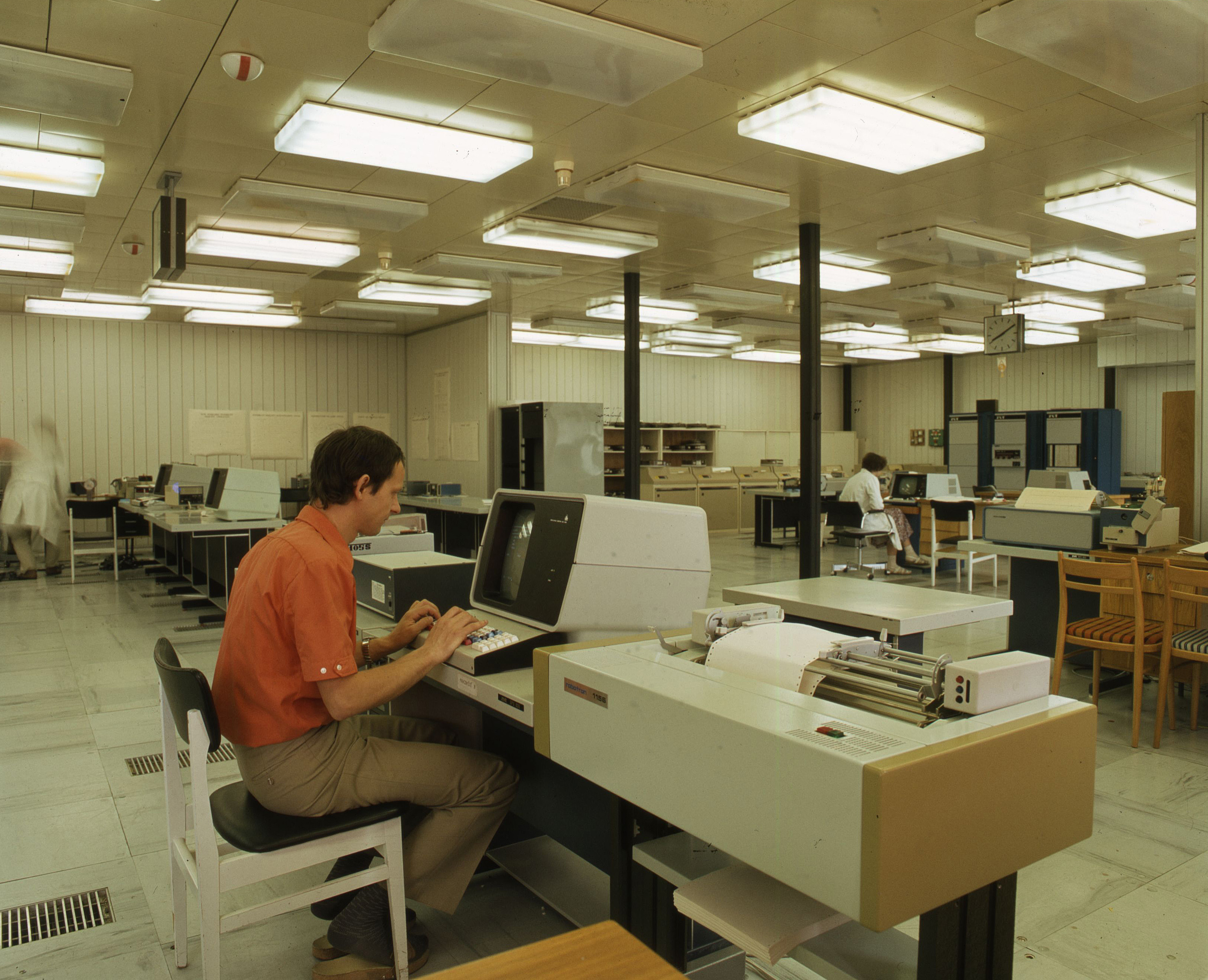 A computer room of JZD Slušovice in the 1980s

But JZD Slušovice's TNS computers belonged to a different league. The price was some CSK 250,000 per computer – which translated roughly to $10,000 (of dollars from the 1980s) using the real, black market exchange rate. It was very expensive. But lots of other companies were buying the computer from JZD Slušovice, anyway, because that's how they could avoid the dealing with the foreign currencies which was a real pain in the aß.

So here you have a part of the miracle. They just exploited the extreme restrictions on everything, the fact that everything was a problem. In some way, they achieved a monopoly status and they got paid a lot for that monopoly status. Of course, at the end, there wasn't any real miracle. It was a company that was allowed to work in a capitalist way from many viewpoints. And because it was basically the only Czechoslovak company that had these capitalist traits – plus intense, truly commercial cooperation with the Western companies, and more – it had a huge advantage. JZD Slušovice could hire the really best people and they got paid well.

After the 1989 Velvet Revolution, JZD Slušovice was transformed to 101 companies – not bad for a farm in a šithole – but most of them went bust. Čuba was very bitter about that fact. But it seems rather likely that it was unavoidable. Much of the miraculous success of JZD Slušovice during communism was due to their unique right to do a partly capitalist commerce. I don't understand whether other JZDs etc. could do things similarly, or whether they would be stopped. Was the uniqueness of JZD Slušovice due to some extraordinary motivation or skills of Čuba? Or was it because he was allowed to "do more" by the communist regime for some reasons? Communists just couldn't and didn't want to kill a business that became legendary. But maybe they still didn't want to allow other businesses of the same type. 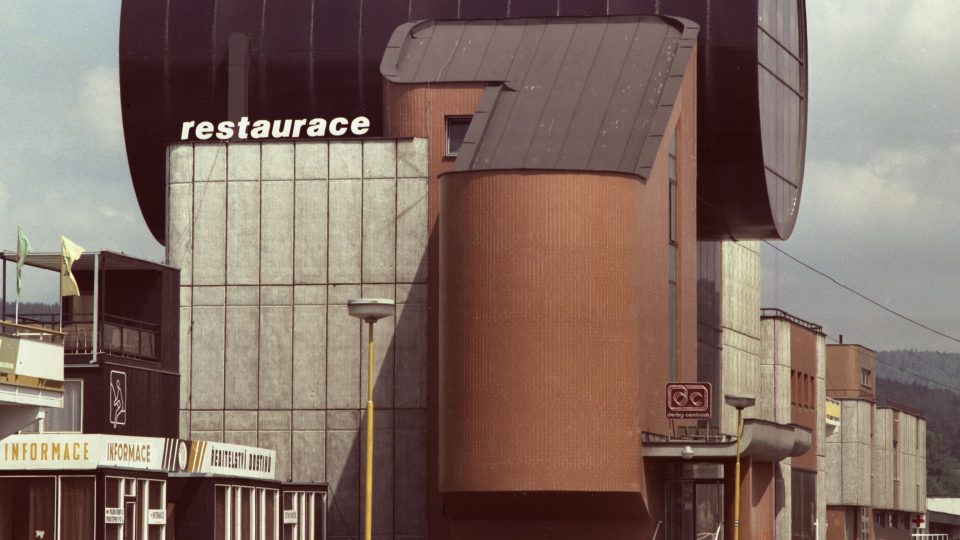 A restaurant of JZD Slušovice that became used during a famous day of horse races they once organized.

But after 1989, everyone was allowed to offer services to Audi or try to produce computers or insecticides, propose the construction of superhighways, start a new airline, and all these things. So suddenly JZD Slušovice – or its successor companies – unavoidably had lots of competition. The era of easy profits caused by the monopoly status in the "capitalist-like business of Czechoslovakia" was suddenly over and that's how the miracle ended, too. That's my feeling.

So at the end, despite the miraculous success of JZD Slušovice during communism, I am not even certain that Čuba was a particularly great manager, relatively to those who lead the Czech and Slovak companies today. The miracle could have been due to his good luck that he was once allowed to do what other communist directors wouldn't be allowed. Maybe if communism didn't abruptly collapse in Czechoslovakia, we could continue in an era in which quasi-capitalist companies like JZD Slušovice would be gradually legalized, and maybe we would gradually rediscover capitalism under the communist party's leadership. In some sense, that could have been the Chinese path. But the real history was different and abrupt and a singular miracle was rather quickly replaced by seeds of thousands of companies that just work fine and no one is shocked by that.
Luboš Motl v 12:57 PM
Share