Great minds think alike. When I talked to Murray Gell-Mann years ago, it was clear to us that we had a similar thinking about many issues – and we were excited and upset about similar things and for similar reasons, too.


This YouTube copy of Soph's "Greta" video may disappear but so far, it's there and useful for Australia where BitChute is behind the Great Mao Australian Firewall.

On June 13th, Soph posted a brand new remake of her climate video on YouTube – without a hat, with a new outfit, new music, new – and less emotional – reading, new background pictures and animations, fewer details about the way to get rid of counterproductive politicians.


So when Stephen Wolfram remembered Gell-Mann, I appreciated Wolfram's intelligence, ego, and unusual stories from Wolfram's life but I also felt like being almost in Gell-Mann's skin. Gell-Mann would be annoyed by that text by Wolfram, I am sure – so I exploited the opportunity to be somewhat annoyed on behalf of Gell-Mann. If you ask me, I can enumerate the places where Wolfram is just wrong.

There's one unlikely person whom I spiritually identify with: Soph, a 14.7-year-old girl from the wealthiest suburb of the Bay Area (although she has moved there from New York). Incidentally, I am proud to have had 18 visits from Larkspur (a town with 12k inhabitants where Soph attends the Redwood High School) just today – Larkspur beats all of Stanford today! ;-) When I wrote about her for the first time almost three weeks ago, I immediately mentioned a comparison with Greta Thunberg because it seems particularly apt and shocking. Greta – Soph's "fellow squarehead" (slang for Scandinavians) – is a mediocre, dumb hired gun working for the left-wing establishment (which starts with her parents, folks who are obviously on her side of the ideological disputes) while pretending to be a revolutionary. In Soph's delicious jargon, Greta is "one opinionated š*thead who is enough to completely destabilize democracy". Soph is a younger, creative, smart, self-made, ingenious kid who is an actual rebel and the true mastermind behind her YouTube (990k followers) and BitChute videos.

It has always been obvious to me that Soph must see Greta as her arch-nemesis. Soph feels very similarly to your humble correspondent about similar things – so she must be profoundly angry about a "premium unleaded autist" (Soph's creative words) Swedish girl who is being praised by all the left-wing media while Soph is described as some kind of trash. It should be the other way around and Soph knows it. Well, in some interviews, Soph did refer to Greta. But I knew that the sentiment had to be much stronger.

Four days ago, Soph posted a tweet with a 2-second video involving a statue of a man and a Latin-English dictionary. The meaning of that bizarre video wasn't obvious to any of her fans. Some folks could have thought that the video was expressing some romantic sentiments. I have made a very different and rather good – albeit not precise – guess what it meant:

Soph, my guess is that the statue is a parody of Schwarzenegger in your parody of Greta and gr$tinism.

Well, the video in which the statue would reappear had the topic that I guessed – Greta – although I failed to figure out in advance that the male statue would be given the face of Greta herself. Soph has finally created a video focusing on Greta and the climate hysteria! I think that I really feel what she feels and if and when she learns some string theory, she will viscerally understand how I feel about the obnoxious anti-physics activists, too. ;-)

If she has some particular genetic mutation causing the mitochondrial disease, I must surely have the same one.

In the meditative beginning, she discusses Greta's crazy claim about being able to see carbon dioxide with her eyes. Note that "if you had one shot, one opportunity" comes from Eminem.

Soph discusses the totally fake character of Greta's would-be rebellion. In reality, Greta is just serving all the pro-big-government folks in New York and California where their density exceeds the density at most other places. These old-fashioned political goals and not science are the actual drivers of the climate hysteria, Soph understands and explains in her trademark colorful language.

Soph primarily focuses on the fact that the economy – especially in poor countries – cannot afford the anti-carbon policies. And China (that still has Mao on their banknotes) and India (where millions are excreting in the open) don't really give a damn about these campaigns to "save the world", anyway. She briefly mentions the natural climate change in the past, the failed prophesies of doom, as well as the IPCC models' massive overstatement of the ongoing warming. The successful models with a low sensitivity are being eliminated because they don't create enough panic which Greta demands, Soph correctly observes. Soph points out that behind every Gore, Nye, or a similar š*thead (look at the proximity in our professional terminology!), there is a dozen of government officials who love to regulate energy because it's the most direct path to power over the people; she mentions that "breathing licenses" are on their way (a breathing license surely looks like her original contribution to the debate!). By the way, her "bureaucratic hemorrhoid" is another gem by itself. 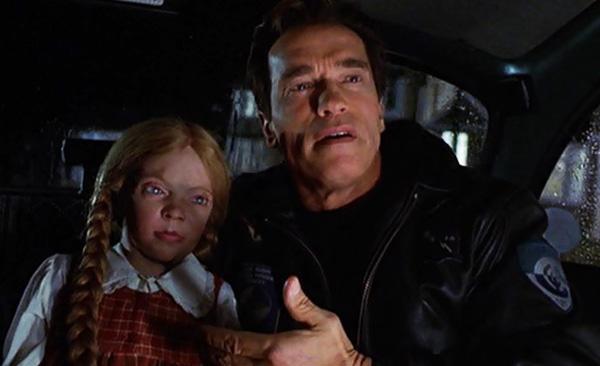 She also mentions that "being a moron doesn't make you a radical". The media's conflation of these two terms drives her up the wall – and it's driven me up the wall for years, too. Just think about all the pseudoscientific babblers about physics and their would-be revolutionary status promoted by the left-wing media. In reality, they're just morons – and instead of being radical, they are in the bed with the most powerful degenerations that have completely hijacked the media and other parts of the power in the world today. These trends are so obvious, so omnipresent, and so malicious – but sometimes it feels that I and Soph are the only two people who are angry about this fact.

Although she has built on some 15+ sources that are linked to underneath her BitChute video, as if she were a scholar, this video isn't the most complete documentary explaining why the climate hysteria is totally wrong. I am sure that Soph may create a more credible and serious one, perhaps with some help by someone. Sadly, an influential climate skeptic whom I debated this topic with doesn't like foul-mouthed teenagers; and doesn't like (any) kids' influence over these policies in general. That's too bad. And I guess he's not the only one who reacts in this way. Still, I believe that there are folks on our side who love her – and her style – almost just like I do.

Children shouldn't be manipulated and they shouldn't affect policies disproportionately because they're not sufficiently educated and experienced. On the other hand, it's perfectly right when young people – usually sometime during their teenage years – start to understand important things about the world and sometimes start to revolt, like Soph does (and like Greta pretends to do).

And when the teenagers are actually smarter than the adults, and Soph is more mentally mature than the average 20-year-old woman or the average 30-year-old climate alarmist, they should be naturally allowed to influence us, their environment, and the world. I am surely not profiling the people according to their age. When someone says something relevant, smart, and appropriate, and when the expletives seem to be placed at the right locations, it's totally OK when she is a 14-year-old girl! And Soph is an example of that condition.

These days, the climate alarmists are abusing kids in a similar way as the Nazis and communists did. In principle, it's bad. On the other hand, it's a type of a weapon that is simply being used now – the societal conventions have shifted in a certain direction. Some stupid and lazy kids are really determining the policies these days – and to some extent, the likes of the Holy Father and Arnold Schwarzenegger (and people in many city halls) are just hapless assistants of clueless kids such as Greta (although the unimpressive content of Greta's skull was previously largely created by some adults, of course). And I feel that if the climate skeptics – or more generally, people on our side of the important political issues – will dogmatically avoid kids and similar weapons, they're bound to be defeated. It's just like the refusal to use tanks, bombers, or nuclear weapons when the other powers have upgraded their military to these new technologies! You can't win such wars. In the same way, if the right-wing people refuse to use the Internet, they will go extinct. If they refuse to weaponize smart right-wing kids, they will probably also go extinct. And so on.

Soph and perhaps other ingenious kids – if there are any – should be given all the tools to show why the other children who suffer from the climate panic and similar pathologies are inauthentic stuff that every sensible adult should oppose. If the aforementioned climate skeptic doesn't want to help Soph to become a major voice in the climate debate and beyond, I sincerely hope that someone else will help me to get to that point! Soph actually is wiser, smarter, and more honest than Greta as well as Greta's equally hysterical (and equally self-serving) male counterparts such as Al Gore and Bill Nye. This point is obvious to me and Soph should have the opportunity to show this fact to the rest of the mankind so that the mankind may finally jettison that excess (alarmist) baggage in order to make progress.

And if I turn out to be a loser, Soph, and fail to provide you with some extra support that you may need to return some sanity to the world, you must keep on trusting yourself. You must realize that a democracy conquered by the likes of Greta Thunberg is a failed democracy and you will have to realize that your views are as important as the views of thousands of Gretas – and you will need the strength to adjust the rules of democracy accordingly.