Kellner: Europe is plagued by the culture of entitlement, egalitarianism, and attack on traditional values

Petr Kellner (55) is the #1 wealthiest Czech. His net worth is some $15.5 billion (Forbes, March 2019). His financial group PPF reported nearly a $1 billion profit in 2018 – yes, it's the same one billion dollars that e.g. Tesla has managed to burn so far in 2019. PPF operates globally with some key activities in China (and also Russia). 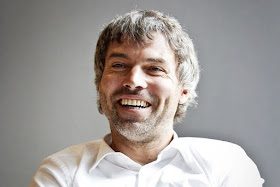 Disclaimer: He is paying at least for the rent of the Hanspaulka Chateau where the Václav Klaus Institute resides. So I guess Kellner may have paid for some parties as well and I may owe him some $100 – however, the train tickets have cost the same. ;-)

Fans of the Czech oligarch prime minister Andrej Babiš, a former communist cadre and agent, are usually pensioners and some of them resemble a cult. They often parrot this exact sentence: "Who else should lead or advise all of us than this guy who has shown his skills and who really can't be bribed because he's already the #2 wealthiest Czech?" Even if I accepted the logic, which I don't (he's much more greedy and dependent on the public finances than the average politician and his proven skills are of a very limited, aggressive type), there would be an obvious answer:

What about the #1 wealthiest Czech who is 4.5 times wealthier than Babiš? ;-) Surely all the proclaimed advantages of Babiš also hold for Kellner – 350% more so. And as a man who really doesn't owe anything to communism and has no reasons for the communist nostalgia, Kellner has a substantially different view on many key ideological issues than Babiš.

I learned about his letter in the 2018 annual report from iDNES.cz, a top Czech Internet news server. You can download the PPF's annual reports in English here.

Unfortunately, this guy likes his business, wealth, privacy, and independence so he doesn't directly enter politics. It's a pity. This totally pro-capitalist guy unaffected by the heritage of communism and the related thinking – and its contemporary replacements – knows what's going on. His views on the important questions of the current world (and Europe) are surely wiser than those of the similarly top rich men in Western Europe and North America.

Here is his letter in the annual report:
Dear Friends,

2018 was another successful year for PPF Group. Assets under management broke through EUR 45 billion [over a trillion Czech crowns, it sounds better in these units LOL, LM] and PPF Group’s total profit came to EUR 815 million. Of course, it gives me great pleasure that, together with my fellow workers, we were able to achieve this over the twenty-eight years of PPF’s existence. Yet at the same time, and perhaps precisely because of this, I have found myself thinking about how much the world’s stability and equilibrium, so intricately built up, has been changing in recent years.

For my generation, freedom, diligence, an entrepreneurial mindset and respect for traditions are the fundamental tenets on which we have shaped our opinions and stances. These are also the values that helped us to create our business and build companies around the world. However, today’s Western society, and Europe in particular, is increasingly swayed by the ideology of individual entitlement, egalitarianism, and the relativisation of traditional values. Modern ideologies tend to hobble freedom, creativity and critical thinking. Nevertheless, I am confident that Czech society, which has traditionally depended primarily on the craftsmanship and diligence of its people, will hold its own in such a world. We at PPF are keen to contribute to that.

As a company, PPF cannot and will not enter politics. It is our job and responsibility to manage our various companies soundly, to engage in business honestly and efficiently, and to adhere to Western business standards. I am not fond of media posturing; we at PPF do not show off who we are or what we have achieved. But that does not mean that we are indifferent to where and how we live, or to the world our children will be inhabiting. Since PPF was founded, we have donated tens and subsequently hundreds of millions of crowns to charity, the support of education, and the arts.

In today’s fractured society, dialogue and our ability to listen to one another keep diminishing, yielding to a simplified vision of the world. Too many people merely mutually reinforce their own interpretation of the world. Sometimes the worlds on social media and virtual images seem to be more important than real deeds. I do not think they are.

I still believe that life consists of what we actually do. Please remember that as you read the following pages, which sum up our business activities in 2018.