Bill Zajc has trained me to expect e-mails that I really enjoy reading – and it still worked very well an hour ago when I saw an e-mail about some new videos about string theory from Brian Greene's festival, including comments by Andy Strominger, Michael Dine, and others (80 minutes, "Loose Ends").

However, that average was crippled when I learned that:

Ann Nelson 1958-2019. Ann was a brilliantly creative physicist and an extraordinary person. She lost her footing and fell yesterday while hiking with her husband David Kaplan. Such a tragic loss.

Ann, an impressive peakbagger (see this list, including 264 peaks in her bag), was there with David B. Kaplan, her husband and also a particle physicist. I knew both – at least from a visit to University of Washington, Seattle. (I only had hours to see the Needle Tower with the Flying Saucer at the top... and it was raining bad.) David B. Kaplan – not to be confused with David E. Kaplan – was also a co-author of the deconstruction paper of ours.

During their long-planned backpack trip in the Central Cascades' Alpine Lakes Wilderness (Washington State, click for a map), after standing on loose rock, she fell down a gully on the traverse from the Necklace Valley to the West Fork Foss River Valley (pictures from the area; they were going from the red needle in the East to the West on this map).

Ann Nelson was a world class particle physicist – and the number of women who are or were this good or better in particle physics was at most a dozen.

One measure is to ask: "When was her or his work discussed on TRF most recently?" Ann Nelson's paper was discussed two weeks ago. I think it's a realistic and creative idea, like many papers before that. For example, she was a co-mother of the little Higgs. Ann+Nelson appears in 10 TRF texts.

Inspire assigns her with 18,000 citations from 127 papers, quite a track record – and 12 papers are above 500 citations ("renowned"). Well, less happily, she was also an avid identity politics advocate (you may find a TRF entry about that, too; that orientation largely boils down to her being a "finding" of Howard Georgi's hunt for minority physicists in the 1980s) – and a keen yet fallible hiker. 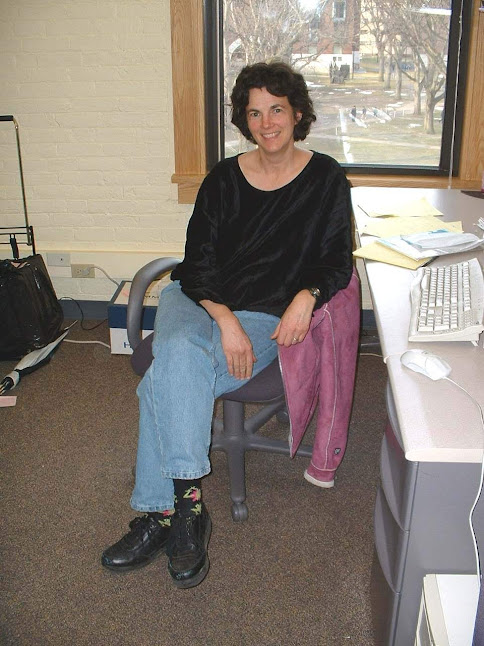 I took this picture at Harvard, and I believe it was on February 16th, 2005 (although the visit I perceived more closely was the later one in January 2006)

Ann's most recent "her own" tweet (reply) were condolences to Catherine Freese who was devastated because her cat died. The weekend news looks more sorrowful.

RIP, Ann. Condolences, especially to David and their two children. Too bad, this is probably not the last tragic HEP news that you're gonna read today.
Luboš Motl v 7:23 PM
Share