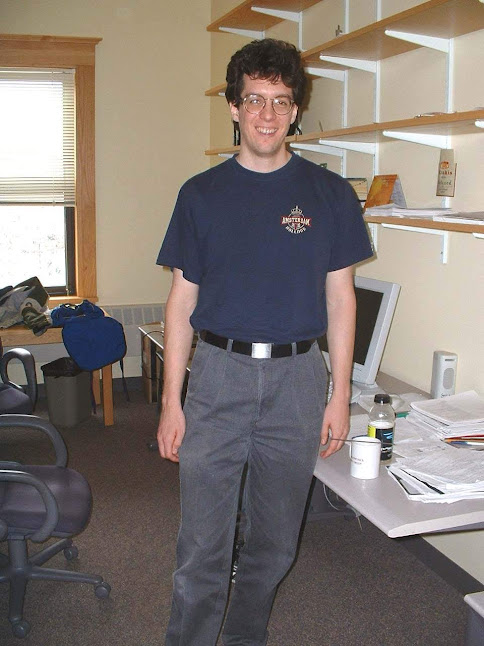 I took the picture on April 14th, 2004 – and it was picked now because it has the format and similar location as Ann Nelson's photo... :-(

Horribly, this website starts to resemble a cemetery. The other news I learned from Bill Zajc is that Steve Gubser died on Saturday morning, while climbing The Comb Needle (3192 m), 5 miles from Mont Blanc, Europe's highest peak (4808 m) – near Chamonix, France – with his 49-year-old climbing partner. Steve's rope snapped and he fell 100 meters. I've heard stories about the places because I was supposed to go to Mont Blanc a decade ago.

Gubser died while climbing at these high mountains on Saturday. It is a separate event at a different place from Ann Nelson's death on Sunday (yesterday) – and her and David Nelson's performance was also a little bit less athletically demanding and would be called hiking, not rock climbing, as Steve's activity.

Please, physicists who read these blog posts, be careful in the mountains or avoid them. It's more urgent than it was just a few days ago.

I knew Steve from New Jersey – he returned as faculty to Princeton in 2000 (after two years as a Harvard postdoc), I studied at Rutgers which is just over 10 miles away. According to Inspire, he has written 151 articles with 29,000 citations in total, including 8 renowned papers. Most of his famous work was focused on AdS/CFT correspondence in one way or another. His most cited paper is obviously the 1998 Gubser-Klebanov-Polyakov (over 8,000 citations now), the first important post-Maldacena paper on AdS/CFT. Gubser was a grad student and earned his PhD under Klebanov later in 1998. (He had already attended a course of Klebanov's as a Princeton undergrad.)

Going outside for some evening fresh (and rather cold, now) air because I just don't feel happy now... The collaboration distance of both late physicists from your humble correspondent is two – Ann Nelson through David B. Kaplan or through Michael Dine; and Steve Gubser e.g. from my once superior biking partner Dan Freedman or through Andreas Karch or through Sergei Gukov. Well, I've known about 20 other Gubser's co-authors.

Here in 2010, Gubser drove a vehicle that moved without burning any fossil fuels – by emitting carbon dioxide directly. The people with private jets who fight against the carbon dioxide emissions could adopt it as a new source of energy, next to their private jets. 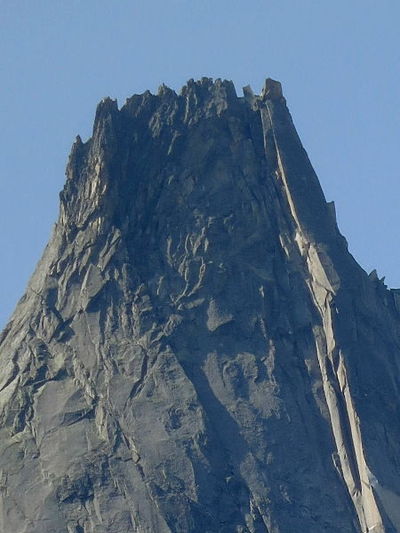 The fatal Comb Needle (or Ridge Needle, the name derives from the shape), the red needle on this map, is still some 5 miles away from the Mont Blanc summit (and he couldn't do both on the same day). See how the Comb Needle slopes look in videos from the climbers' perspective.
Luboš Motl v 7:53 PM
Share