If successful, $80,000 is basically nothing for such an amazing project

Note that at 0:48, joules are even written in the Cyrillic script! ;-)

Sameer Sd has sent me an e-mail with a Kickstarter project masterminded by a group (led by Bob Bender) in Buffalo, New York that has sort of amazed me:


Animated Series Based On Feynman Lectures on Physics
(the page includes a 2-minute explanatory video plus a review of the planned interactive, gamified software – including a phone app and a website – that will track the student's progress)


The Feynman lectures are one of the greatest examples of stellar science education – taking the students through the adventures of disciplines of classical and quantum physics as well quite some wisdom about the philosophy of science and the relevant intuition and heuristic ideas. For many Caltech undergraduates, the lectures could have been too tough but many others, perhaps older, folks have found them just right. I have learned quite something from FLP, too.

Some hard-working folks have turned the books into HTML pages with MathJax \({\rm \TeX}\). We have found those very useful – and they have been often linked to from this website. But many of us prefer watching over reading.

In fact, the younger generations of Millennials etc. prefer watching Pokémons and the Sponge Bob over watching lectures. And that's where these folks arrive. They plan to create a cartoon, Walt-Disney-level of Feynman delivering these lectures – but with animated effects that Feynman himself could only dream about.

On the Kickstarter website, you may donate financial amounts from various intervals ($1, $20, $100, $200). At certain levels, you gain some special rights such as the early access to the videos and/or apps. If I understand it well, your card will only be charged on November 14th (11:37 am Boston Winter Time) if the total amount pledged reaches $80,000.

The folks behind the project clearly have the technical ability to do it and stun us. But it's a lot of work...

The amount is modest relatively to the work that has to be done but it's way too ambitious for TRF readers' willing to contribute $1 only. It would be better if you alerted some wealthier people than you who might be fans of such a Feynman project, a project that will recreate an animated Feynman with all the advantages of Superman and Sponge Bob. Some 20-second examples of their brilliant animations are included on the Kickstarter page, too. All the moving parts of the experiments are actually moving, experiments are shown from various perspective, and more. Colors are everywhere, of course.

If a billionaire or a near-billionaire reads this page, I would link to point out that to fund this project would be a vastly better way to spend a few tens of thousands of dollars of yours than to pay some clueless journalistic activists for attacking string theory, black hole thermodynamics, or quantum mechanics – which is how the degeneration of some outlets funded by you may be described. Someone, please, send a hyperlink to the Kickstarter project or this blog post to Bill Gates (who once paid to make the Messenger Lectures by Feynman free – Project Tuva initially "had to" work under MS Silverlight which is deprecated by now), Jim Simons, Yuri Milner, Charlie Munger, Jeffrey... OK, no longer this one, and others. 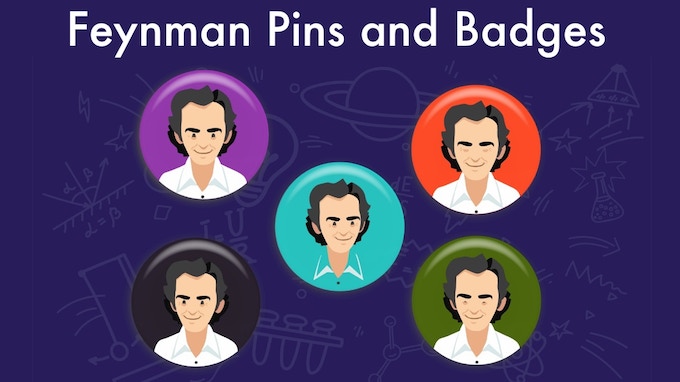 Thanks for your attention. Good luck to them. They promise to have initial versions in early 2020 – I would need one thousand of years for that! ;-)

P.S.: Note that by 2011, the project to turn Coleman's 253a lectures to \({\rm \TeX}\) was completed (videos are here). I've met Coleman, have taught the Harvard course 253a Quantum Field Theory as well, so it was a duty to infinitesimally help these hard-working guys to get together. Can this, even more eye-catching project be completed as well?
Luboš Motl v 6:11 PM
Share