The Greta phenomenon is an absolutely bizarre example of the incredibly amplified influence of complete loons over the contemporary world. The sick teenager's mental health needs immediate support from the experts. Instead, she is being invited to new places where she is delivering increasingly unhinged rants. 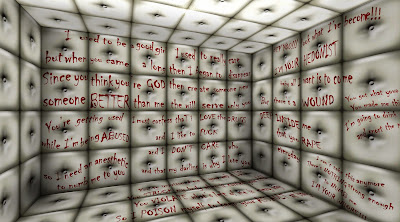 In her latest exhibition in the United Nations, she said "how dare you" and "we have been watching you" to the world's politicians – who have been accused of having stolen her childhood because the ecosystems are "collapsing" while they are only saying "empty words".

(Somewhat wisely, Czech PM Babiš decided he didn't want to be one of the 100 U.N. speakers because ritual promises would be expected from him. He is still an opportunist coward who claimed that "Czechia takes the climate seriously" and bragged that our country fulfills some Paris commitments, unlike others.)

Ecosystems are doing totally fine and the threat posed by the changing climate is non-existent. However, the health of this young lady is at stake, indeed. There exist Czech journalists who would be capable of promoting these insane, deluded, hateful monologues just like their Western colleagues. However, they would be quickly shown the door by the Czech public.

So the Czech media still report these things – mostly because they are reported in the West (the largest commercial TV NOVA didn't have the nerves for this sick stuff and sensibly reduced the Greta news to a tiny clip) – but they are careful to report them in a neutral way, having the mentally healthy readers and viewers in mind. And it turns out that at least 90% of Czechs agree that these propaganda exercises are a plain lunacy. (See a poll where 95% of PL readers say "no" to the question whether they like Greta's speeches.)

The unity covers the readers of all major political affiliations. Criticisms of Greta and her puppet masters may be read at iDNES.cz, the Babiš-owned medium mostly attracting the center right productive middle generation, Lidovky.cz which has some dissident past and PC flavor, Echo24.cz which is a calm but full-blown right-wing outlet, Novinky.cz which is a mainstream server that has inherited the structures from the communist newspapers and still has some ex-communist readers, and ParlamentniListy.cz which has the most radically "nationalist" readers, often choosing various populist politicians. Of course, the comments are harshest at the last server. Thank God, Czechia doesn't have any very visible news server where the pro-Greta commenters would be a majority. Even the pro-EU Aktualne.cz which has tendencies towards censorship is absolutely incapable of masking the obvious dominance of Greta's colorful critics.

But basically everyone – Czechs of both sexes and all ages – agree that she is not healthy (whole high school classes agree that she has lost her mind), she isn't a good role model, she is being abused by the parents and other adults, and those have stolen her childhood – along with the Asperger's syndrome and her very bad decisions in the recent past. Her parents are sending her all over the world where she is shown as a trained monkey saying incredibly arrogant and hysterical things (which leave millions of people speechless) and helping some very special interests.

She is being compared to numerous child characters from the propaganda machines of the past – a girl from Goebbels' posters, Pavlik Morozov, Pavel Korchugin, the prosecutor Ms Ludmila Brožová who ordered the execution of Ms Dr Milada Horáková, contestants at the Pushkin Memorial (kids presenting activist poems), a casket that funeral guests applaud to, and many more. Basically everyone agrees that she should have been at school and no one should be listening to her at any rate – because of her imbalanced psychological state, absence of any relevant knowledge and experience, and the syndrome. And because her radicalization has reached these new levels, she should better be locked in a padded cell.

Instead, some people in the U.N. etc. are listening to her as if she were a leader. Basically all my compatriots agree that this says something terrible about the current state of the U.N. and about politicians and pundits at many other places. I think that Greta may have united the Czech nation much more than any person or event since the 1998 Czech victory in the Nagano ice-hockey tournament. ;-) Some Czechs suggest that the Norwegian Barnevernet (a notorious child service) should act and take the child away from the Swedish parents. This semi-witty comment was even repeated by ex-president Klaus! Klaus also said that the boss of the U.N. Gutteres – whom Klaus has known as a sane Portuguese PM – has lost his sanity.

Others say that when she's 16, she is fighting the climate – and 40 years later, she will fight the climacteric, so we won't ever get rid of her. :-) Czech parents point out that their kids have a happy childhood as well as dreams; but others say that if the kid said something like that, she would be slapped in her face. These news and discussions became somewhat unexpected leaders in entertainment – a Swedish hysterical minor may have been exactly what a bored Czech reader was waiting for – and the iDNES discussion has over 1600 comments in two hours. Many people would be rather clearly willing to fight against the forces that would like to impose a hysterical unhinged child as an authority over us. These are forces that want to destroy everything that has worked well in our world, to make our societal structures basically uninhabitable.

There is quite some split in the world. I feel that in many Western nations, one would have to be afraid of pointing out any of the obvious facts that are vigorously discussed by the Czech commenters – that she is an imbalanced, inexperienced, uneducated, manipulated teenager whom no rational adult may take seriously – pretty much by definition of a rational adult. It seems that only in Czechia, thoughtful dialogues about the most accurate psychiatric diagnoses for this young individual are possible. (People generally agree that she suffers both from depression and the compulsive obsessive disorder, and more.) I think that at many places in the West, maybe even the universities that should normally know the most precise diagnoses for these phenomena, you would be threatened just if you pointed out that that the worshipers of this sick girl are more fanatical and detached from reality than anyone whom we remember from the Nazi and communist regimes.

Some of these people probably know that it's insane but they are deliberately growing this hysterical counter-culture because it suits their interests. And many other people in the West are the consumers who buy this whole pathological paradigm because they are gullible sheep who have lost the last traces of critical thinking. Maybe some of the puppet masters are aware of all the consequences – e.g. the fact that nations such as the Czechs generally consider the whole Greta cult to be a psycho-pathological movement and the repeated news about Greta are therefore creating an extremely deep abyss between the nations that fully realize that this type of activism is a road to hell – and those that don't fully realize it. Does someone want a genuine world war revolving around this issue and the climatic superstitions? Has he planned what will happen in the case of such a war? Is the climate alarmist-Asperger coalition supposed to win? Has this plan taken Donald Trump into account? Or does the Prophet want to do something to him?

We the Czechs used to admire the West (in the Cold War sense) just two or three decades ago but the brains of millions of people in the West suddenly resemble the wood after a massive infestation by the bark beetles has invaded it. The Gr$tinists just seem absolutely brain-dead. Where will it lead? What will Greta do, say, and threaten in her next speech? Whom will she blackmail and how? What kind of a ransom will she demand? How many loons will say that it's a legitimate demand? And what about the speech after the next one? And when she finally does something that is equivalent to a suicide, will the cult react in some violent way as if it were equivalent to the crucifixion of Jesus Christ? If she performs a terrorist attack, will the climate alarmists defend her? Or follow her?

P.S.: On Tuesday morning, I saw that the "right-wing" TV channel Fox News has permanently blocked Michael Knowles because he dared to point out the fact that is so visible to naked eyes that Greta is a mentally ill child. Incidentally, the two main entries – depression and the compulsive obsessive disorder – agree with what the Czech commenters talking about the diagnosis usually start with, too (that's on top of Asperger, ADHD, and selective mutism). The U.S. describes itself as "the land of the free" in the anthem. Give me a break.
Luboš Motl v 7:29 PM
Share