In the footsteps of Greta, on the road to slavery

Statement of IVK
(by Dr Jiří Weigl, on behalf of the Institute of Czech Ex-President Václav Klaus, Sep 23rd, 2019, translation by LM)

The global hysteria around the fight against the climate change (for tactical reasons, the phrase "global warming" has been deprecated) and the mass rallies of children and youth organized all over the world show the huge power of the contemporary manipulation by the media. It's a truly bizarre sequence of events – kids and teenagers demand that the governments of their countries stop the climate change and guarantee that the climate will stay the same on the planet. It is a goal that is nonsensical and impossible to achieve – the climate has always been changing for billions of years and it will continue to do so. However, the demonstrators claim that they have a deep existential fear and from their politicians, they demand immediate, although unspecified, but radical acts that should liberate them from that fear.

This feeling wasn't obtained through their own accumulated sensory perceptions or from some self-evident observed or experienced threats, however, but purely through the information brought to them by the media. They totally believe the scientific theory that has reduced all the ongoing changes of the climate to one cause – the alleged man-made increase of CO2 in the atmosphere. To reduce the immensely complex system of causes of the changing climate conditions to a single reason and to place the human at the very center is at least a questionable approach from the scientific viewpoint and it is also subject to many scientific disputes. An overwhelming majority of the public knows nothing about them and is incapable of evaluating them. However, the majority of the public is being permanently shaped by scary information from the political and media mainstream that a catastrophe is looming which will destroy us unless we start to suffer for our sins of the prodigal lives that we have lived so far and until we embrace the restrictions and changes that the wise activists, scientists, and politicians will dictate us.

Science has become the only, albeit very unreliable, arbiter. In the secular Western society, it was placed at the location previously occupied by religion as the source of the infallible truths even though the scientific knowledge is always limited, evolving, and the history provides us with an uncountable number of examples of scientific blunders and tragic implications of the abused and vulgarized partial scientific insights (Nazism, communism etc.). Up to recently, the marginal scientific field of climate science has suddenly penetrated to the center of the global attention. Its representatives are acquiring the role of some modern-era super-priests who are bringing warnings to the terrestrial mortal beings from the gods who only communicate with these super-priests. However, climatologists are getting into an intense conflict of interests. Their current prestige, unlimited resources, and global attention are only sustainable if they will keep on fulfilling the global demand for warnings and catastrophic prophesies. A proof that the climate change isn't caused by humans and isn't stoppable by humans would mean that they have to step down from the piedestal and return to the modestly paid scientific offices. And that's why 9 out of 10 climatologists correctly know that the cause of all climate-related evil is probably the human and they secure the life at the center of attention, generous grants, and air tickets to conferences and summits in the whole world. 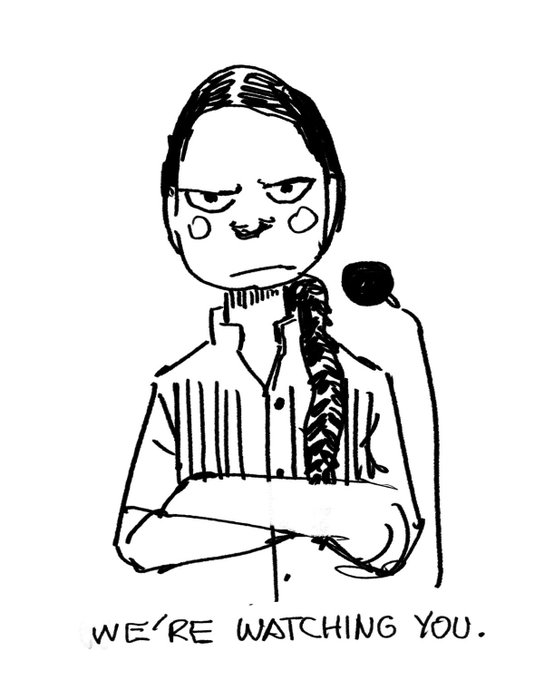 People are afraid and they have the need to be scared. It is symptomatic that the fear is maximized in the wealthy West and probably at places where the hypothetical warming would bring the highest benefits. And that's why we don't see climate rallies in the deserts of Cairo or the dry New Delhi or the drying Northeast of Brazil but the main problem with the climate is seen in the minds of the youth and children in Scandinavia that is almost empty today due to its cold climate.

It's equally remarkable that people are afraid primarily of the climate change and they don't demand fast and radical solutions to other problems from the international community and governments, problems that genuinely threaten their lives, immediately and every day, such as the diseases, hunger, shortage of drink water, etc. Also, no one gathers to protest potential fatal global threats such as the risk of a collision with a celestial body, something that has demonstrably caused planetary catastrophes in the past.

It is obvious that these social events aren't really about the climate. Climate change has an advantage relatively to an asteroid impact because it is possible to fool the people into thinking that a long-term change in the human behavior may prevent such a bad outcome. However, this is a clear and manipulative lie. Even if we accepted the thesis that the climate change doesn't have natural causes but they are caused by mankind, to achieve visible changes would represent a huge and hardly verifiable task that would take at least several centuries. The climate has a long-term character, unlike the weather, which is why the current generations won't live long enough to see visible results of the mitigation efforts even if the demands we hear were immediately fulfilled.

In the ongoing manipulative campaign, the climate is just a tool, something like a rammer, whose task is to change the society. They are starting to tell us that without a radical societal transformation, we can't change the behavior of each human, and therefore we can't reduce the emissions that are pumped to the atmosphere. Those were allegedly caused by the industrial civilization and its uncontrollable expansion in recent centuries that was brought by capitalism. It means that capitalism and the free society need to be liquidated because they enable the irresponsible behavior towards the planet. Human freedom ceased to be a fundamentally precious value, it became a threat.

The fight against the climate change isn't just an innocent activity of some altruists who want to protect Nature and living conditions on Earth. Sadly, it is a very dangerous ideology in which the scientific truth and Nature stand at the very last place of priorities. The climate alarmism is one of the main components of the current left-wing progressivism and its main weapon in the attacks against the Western capitalist society whose radical transformation is the goal. While the fight against climate change is used as an excuse, we are witnessing a salami method applied by the international organizations, a global network of NGOs, media, and collaborationist politicians in the whole world that enforces bans and orders whose goal is to make the people subject to the government control and global governance.

Media manipulation is the main tool whose repulsive nature is being shown as an ugly whole through the campaign symbolized by Greta Thunberg. It is symptomatic that it is exactly the children and youth that are the objects to be abused because the campaign is focusing on them. They are the most vulnerable group, people without experience in their lives as well as careers, a group that is naive, idealist, and gullible. All totalitarian systems of the modern age have been enforcing their control over the society with the help of the youth that was abused, exploited, radicalized by a catchy ideology, and turned fanatical (let's not forget about the Komsomol, Hitlerjugend, and the Red Guards in Mao's China whose hands were the tools for the steersman to perform the tragic Great Cultural Revolution). The chiliast character of the ongoing hysteria is also completed by the physique of the Swedish girl Greta whose childlike innocence should remind us of the messianic character of the medieval religious movements (Joan of Arc, children's crusades etc.). Especially the Nordic nations with their Protestant morality see it as an impressive factor, just like the newly opened religious theme of the guilt, punishment, and repentance, these days just with a modernized stage set. Thunberg isn't appealing to reason, knowledge, and insights in her speeches. She is urging everyone to leave the classrooms and to stop working. She doesn't urge her fans to voluntarily work and live in agreement with the climate faith. She wants the government to do everything, to ban, regulate, and dictate how people should live. What a very strange message.

The fact that the progressives of the present don't hesitate and they aren't ashamed of reviving the most despicable methods and templates that are well-known from the totalitarian past is a proof of their absolute disdain for the public and its ability to critically think.

It's typical that the Western politicians, the experienced old cynics who don't surrender to emotions and who know something about the planet and the possibilities to save it, are supporting this chiliast hysteria. The whole campaign has a prominent place in the media, the Swedish girl has become a global celebrity for her having skipped the classes, and she's presented as a role model that others should follow. The state-controlled education systems are being abused to promote this hysteria and propaganda. The ideological indoctrination of children and their abuse by the political propaganda which were, up to recently, widely accepted proofs of decadence of the totalitarian regimes, are once again promoted as an example of responsibility, maturity, social conscience, and awareness. Everything is working to achieve the same single goal, nothing is spontaneous, Greta and her rallies are just tools to achieve the far-reaching goals of the progressives.

We will hear about the New York summit, new climate conferences, additional international pacts, and the EU will embrace all of it. They will have shared goals – to take control over not the climate but us, with the excuse of the planetary salvation. They will ban the freedom of movement, automobiles, and aircraft – because they produce CO2 emissions; they will abolish the freedom of speech – there is just one climate truth, everything else is fake news; they will abolish the free market and the freedom of enterprise; they will terminate private ownership; they will micromanage what we are and aren't allowed to do. By very small steps, this is already taking place all around us and every day. The goals are old, just the argumentation is new. These days, it's not being done because of the proletariat but because of the planet. Information technologies will allow an unlimited control over the human behavior and thinking. The Orwellian world is approaching at a speed that no one would expect even rather recently.

Most of the public is still disdainfully calm. It is only observing the fearmongers' stunts from a distance and with quite some indifference. The vision that someone could ban us from driving the car to the cottage for the weekend isn't emerging in anyone's mind. Business insiders have known for quite some time that they can make nice profits out of the climate hysteria while they don't need to be afraid of the merciless markets. It's enough to secure the access to subsidies and lobby for the beneficial regulations. The public will pay for everything. The big business is an ally of the progressivists. In the circles of the younger elites, the idea is being deliberately propagated that it is not only in but it also pays well to support the progressive Left. It pays well to someone. It is an atmosphere resembling the years before the Second World War and the arrival of the new totalitarian system after the war. The generational shift is very helpful for that transformation – especially the departure of the generation that has had a direct experience with the communist totalitarian system. We face a tangible risk that the history will repeat itself.