Nowadays, and especially in the recent year, lots of people – especially in geographically Western Europe and in North America – are saying extremely crazy things about the energy, climate, fossil fuels, and the future of mankind in general. One particular proposal made by a whole EU country in recent days may deserve a special discussion: Denmark wants to kill cars (Euractiv, Financial Post).

More precisely, by 2040 – and some sources say similar sentences with 2030 and 2050 (it seems they don't care about the difference) – the whole European Union should ban the sales of all petrol and diesel cars. Cool!

In many surveys, Denmark ends up as the third favorite foreign nation of Czechs after Slovaks and Austrians. You know, those are nations considered civilized in a similar way to us, perhaps a little bit better in some respects, and they're not as overgrown as e.g. Germany. Nice "privileged small nations of Europe", as Lenin said, end up being preferred by most Czechs.

Danes speak a Germanic language and they have a mostly Nordic DNA – which is why they're obviously closer to Germany in the old-fashioned respects – but otherwise we tend to think that they're somewhat incorporated into the broader German economy, with all the disadvantages and risks that the larger neighbor brings, as we are.

Well, not so fast. If you compare Economy of Denmark and Economy of Czechia, you will see that both countries have a trade surplus, the exports are over $110 and $160 billion for DK and CZ, respectively, but Germany is just 15-20% of those DK exports and imports while it is over 30% in Czechia. So Czechia is more tightly incorporated into the German economy than Denmark.

And it seems to matter what the economies actually produce. They're obviously not as similar to us as we might think. The list of vehicle production by countries shows that Denmark produces no cars at all! The same page reveals that Czechia and Slovakia produce 1.4 and 1.1 million cars a year, respectively. Slovaks don't have their own brands but they do have the highest car production per capita in the world (0.2 cars per capita, including infants, per year). Our ranks are 16th and 19th but if Czechoslovakia were counted together, it would be the world's 10th country in the absolute car production, almost matching the U.K. or Turkey an epsilon above us.

As you can see, Czechoslovakia and Denmark are really standing on the opposite sides of this spectrum. Denmark is one of the least car-making countries in the world while the economies of Czechia and Slovakia are among the most car-dependent economies in the world. Cars make 9% of the Czech GDP and 25% of the Czech exports, to mention two more figures. Even the second figure understates the actual relative importance of the carmakers, I think, because the cars are a "genuine core" of the economy while many other parts are dependent on it.

When Denmark says that the ICE cars should be banned, it's primarily mad. The only commenter under the Euractiv article sensibly wrote:


Great idea. Destroy your entire transport system and infrastructure to appease a bunch of uneducated morons in order to solve a problem that does not exist.


But even if you thought that it's justified by some salvation of the Milky Way, theirs is not a purely moral attitude. It's really a highly egotist attitude of a country whose economy wouldn't be harmed. By harming others, they could make themselves better off, relatively speaking. They also have some other parts of the economy that contribute the greenhouse gas emissions and everyone could focus on those, you know. So these selective proposals are extremely polarizing, divisive, and hostile – they're not too far from a declaration of war. 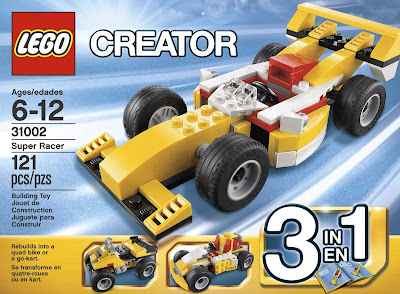 Why don't we ban e.g. the Danish LEGO that makes boys love petrol-thirsty cars which are sometimes being secretly built from LEGO parts in playrooms?

Can we smoothly switch to something like electric cars (and electric bikes!?) by 2040? Maybe, maybe not. The ban of the Edison light bulb was a non-event because LED bulbs were already on the market and their totally accessible prices were around the corner. So when the Edison light bulbs were banned, it was just a short-lived inconvenience that made us upset as a matter of principle. (We were ready and everyone who was a bit afraid had bought reserves of the Edison light bulbs – which are mostly not needed today, I think.) But that's just a different way of saying that the ban was useless, too: the market would have switched to LED, anyway.

Similarly, there are two options: either the ban of the petrol and diesel cars will be useless because they will be a rather irrelevant dropping niche market by 2040; or the car market will heavily depend on petrol and diesel in 2040 in which case the new policy would be an insane blow. Which is the correct answer? Nobody knows. The people who randomly invented the year 2040 are pretending to be oracles – they haven't really calculated 2040 as a solution to any optimization problem. They just arrogantly want everyone to believe (or pretend to believe, in the case of the people who aren't complete morons) that if they invent a random EU-wide ban with a random timing, it will be a glorious idea.

2040 is a bit over 20 years away but if the plan is to be taken seriously, there will be a moment when it will be around the corner. Imagine the car ban is around the corner. Imagine that it becomes hard for the carmakers to survive because the bans are almost global – and/or there is too much foreign competition in Asia – and/or Denmark and the EU ban the production, too. What should the carmakers' stock prices do?

In 20 years, the carmakers will be worthless, right? So what will do the prices do in the 20 years in between? Maybe they should drop by 5% a year – a nice interpolation. Well, such a situation is a textbook example of the proper calculation of the intrinsic value of stocks as the mean value of the accumulated and discounted future dividends. The stock price would be approximately equal (with all the noise added) to all the dividends that are left up to 2040 and whenever the dividends are paid, the stock price decreases by the dividends. And in this scenario, it will actually get to zero in 20 years. Well, the stock price would probably be lower than this because there would be a risk that the company is terminated before 2040, as its partners are already preemptively preparing for the demise of the carmaker.

Incidentally, the evolution right before 2040 could also bring "rich final years" for the carmakers instead. People could be preemptively hoarding ICE cars in 2039 so that they and their offspring may use them in the following 50 years. Would this hoarding be allowed? ;-) The devil might be in the details.

Such absolute bans on innocent products and technologies are really signs of totalitarianism. Absolute bans on previously widely used things should only exist if there are absolute dangers. Several tons of CO2 emissions from a car over its lifetime isn't really "killing the planet". There surely exist situations in which the fossil-fuel-based cars are great and you should be at least able to use them in such situations if you pay some extra tax or a fee.

But Danish politicians have apparently turned into Gr@tins – of the kind that only want to harm others, not themselves, which is also very typical for the ongoing hysteria. Yesterday, ten post-communist EU countries (including Greece which is both post-communist and communist although it was outside the Soviet bloc LOL) voted against some newly proposed crazy 2030 climate "target lines".

It means that the fate of all such ambitious plans to kill Europe's economy will be uncertain. But there is some risk for each of these proposals to be adopted and to become really harmful. If this continues, then it's pretty clear that the mean value of the economic "benefits minus costs" of being in the European Union will become negative – and maybe it's already the case now.

The most typical EU sycophants are sometimes trying to impress us with the following talk: We should be hugely grateful the EU (for the peace in Europe and) because we owe everything to the EU. We should lick Ursula Leyen's intimate parts in gratitude every day. Look, for example, the EU is giving us subsidies (that are, if counted as net inflows) comparable to 1-2 percent of the GDP during the same year (for Czechia, it will almost certainly drop to the vicinity of zero around 2021).

But the Western European owners are picking dividends from their very nice investments here – the net dividend outflows are 5% of the GDP! So clearly the subsidies are just some small tax from the nice investments that we allowed them to make here. 1-2 percent is less than 5 percent. And if we were supposed to kill 9% of our GDP (carmaking) because some Danish politicians have turned into full-blown Gr@tins, I don't have to mansplain to you whether 1-2 percent or 9 percent is greater. A problem with the EU is that this Danish proposal is far from being the only one. The EU is crowded with – and, it seems, increasingly crowded with – complete lunatics who increasingly often demand that everyone does these economically suicidal decisions.

A rational nation surely doesn't want to be in a union where you have a 50% risk of seeing your GDP drop by 90% in a decade. You can't compensate this risk by some petty subsidies – which mostly go to unwanted projects and that always deform the market, anyway. These EU subsidies are small but they are still evil, too.