Ideologies are vital for civilizations

Under the previous blog post, kroshnix said that the European countries had the politicians they deserved – perhaps – and ended with the declaration that he hated the "ideological groupings (left, right, conservatives, libertarians, progressive, feminism and so on)" because "the world was much more complex and dynamic than that". 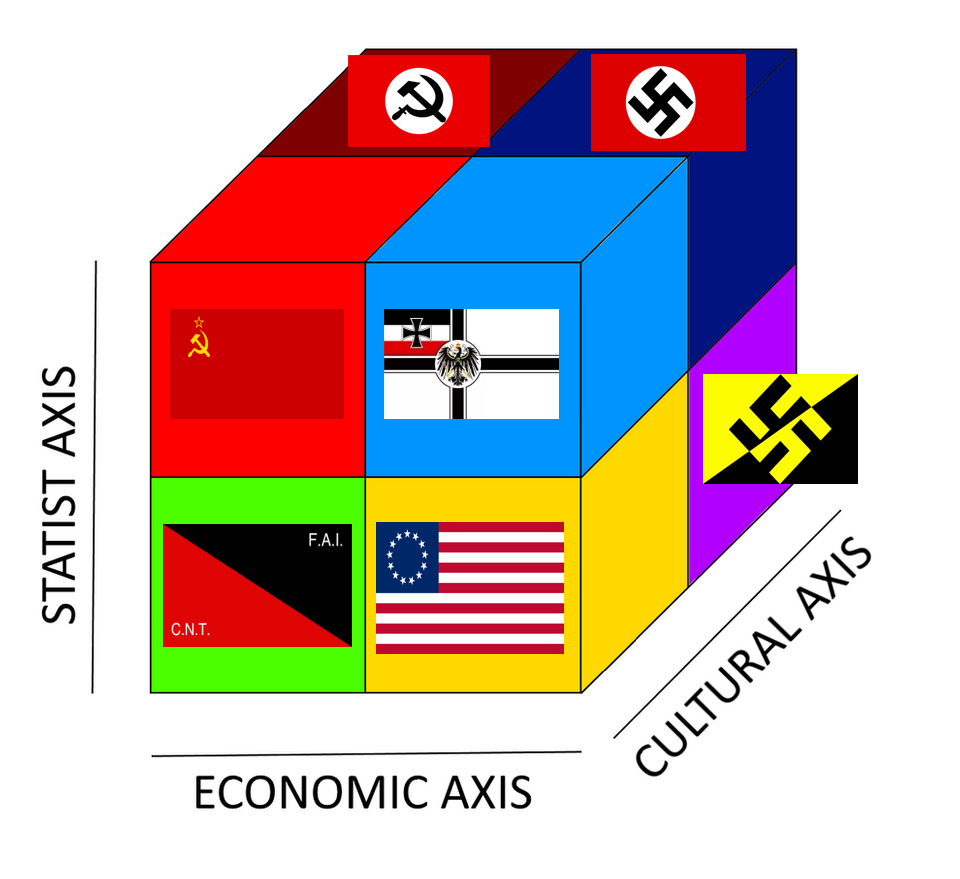 Oops, kroshnix, this view won't be applauded here. Srikanth Hegde pointed out that ideas about what is true are naturally organized into ideologies – which is the case independently of any complexities or dynamism of the world. Well, I would go further: we need ideologies especially because the world is complex and dynamic. Without ideologies, people can get lost in the mess and the chaotic winds. Srikanth correctly pointed out that many MEPs who voted against the "climate emergency" did so basically because of a reasoned ideology and there's nothing wrong about it at all.

I completely agree with Srikanth – and I always did. It's no coincidence that the Czech ex-president Václav Klaus has been emphasizing the same "pro-ideology" viewpoint for decades – see e.g. this 2004 essay where he primarily wrote that it was important to convey the true essence of some ideas as concisely as possible – and when it's done right, it's just wrong to complain that such a summary is an "oversimplification".

I can't be sure to what extent he has shaped my thinking about these matters and to what extent I have independently converged to the same conclusions. But I surely have the same view. Well, it's my feeling that my path was independent – for a very long time, I have recognized that some of the dumbest ideas were often defended by the people's negative attitudes to ideologies – but by being repelled from ideologies, i.e. networks of ideas, in this way, they surely throwed the baby out with the bath water.

In fact, some of the most important examples had something to do with physics. It seems clear to me that the anti-quantum zealots are also motivated by the ideology of "anti-ideology". They deny that a physical theory is allowed to make general, conceptual, far-reaching statements about the way how the data should be processed and whether they are observer-dependent and indeterministic (yes, yes). It's because they just embrace the axioms of classical physics and refuse to think about this assumption, question it, and they even deny that they are making any assumption at all!

Ideologies are important – and they are created unequal. They are loose but – hopefully – internally self-consistent networks of basic propositions or axioms and rules to deal with ideas in which the other ideas may be placed, interpreted, elaborated upon, and nurtured. When it comes to political ideologies, they may indeed be divided to left-wing and right-wing ones – the sides originally boiled down to the parts of the French Parliament where various politicians were sitting. The Left was the "party of the movement" while the Right was the "party of the order".

This isn't quite equivalent to other axes but the original left-right separation is still important – and some new axes which may also be called "new left vs new right" are at least as important as the old axes were in the past.

My right-wing ideological framework boils down to the observation that the world – and mankind – basically works but certain rules and laws are essential for that fact to be true. Almost all random enough changes of these rules demonstrably end up badly (just like most random big mutations of the DNA produce an ill organism). This is conveniently true both in the laws of Nature and the laws of the human society. The latter have evolved in very long epochs of evolution – we may start with the evolution of species affected by the natural selection, the evolution of the human society with all the competition between tribes and strategies, kings and politicians, parties and companies, and many other things.

Klaus has often praised various people (such as Margaret Thatcher but also many folks who were "more mortal") for being ideologically anchored or for having an ideological compass; and he has criticized the people who didn't have any ideological compass. I think those are very important points. In that 2004 essay, for example, he already pointed out that it was already fashionable to claim that "ideologies were already anachronisms" (these fashionable claims are close relatives of the similar and equally wrong claims about the "end of history" and even the "end of science", of course). People loved to claim and still love to claim that the progress of the civilization or the technological progress (or even the Internet itself) has replaced ideologies with some apolitical rationalism. But that view is completely wrong, of course.

Greta Thunberg is an amazingly apt symbol of the stupidity of millions of people in the present world that we inhabit. Why did so many people buy the idea that a spoiled brat who is overtly skipping her classes – for years – should become an über-boss dictating presidents, Holy Fathers, and chairmen of the United Nations what they should do with the world? One reason why this brain death has spread so much is that these people have previously adopted the idea that it was "cool" not to be ideologically anchored. But not to be ideologically anchored means to be an ideological nihilist, to lose any instinctive understanding of basic questions and the connections between them, to lose both common sense and the ability to interpret statements, to look for the "right" analogies and/or to decide which analogies are "right", to evaluate the importance of the statements, and to place them into some framework where their truth value and implications may be more or less rationally discussed.

What a surprise that these ideologically detached people tend to buy the dumbest kinds of pseudointellectual garbage. They just don't understand the world – and the relationship between its parts and ideas describing these parts – at all and they have been trained to be arrogant and proud about this stupidity of theirs. Their "coaches" have told them to be proud about the void inside their skull. So they're like leafs in a hurricane. It is enough for Greta Thunberg to blow – or blow something or someone – and they immediately move in her direction (Greta Herself also moves in a direction in which some other, older people blew, but let's not study the dynamics of this stupid tropical cyclone here). They move because their inertia is non-existent. They are like the cryptocurrencies that aren't pegged to anything (indeed, a usable currency should be as tightly pegged to something big and reliable as possible, exactly what the clueless cryptobubble cultists present as the ultimate sin of the fiat money!). They are likely to completely change their views about everything and anything if and when someone blows at them.

And neo-Marxist, globalist extremists have been blowing for years – and they have greatly amplified the wind speed in the recent year or so. So all the leafs without the ideological compass are just moving in the direction of the neo-Marxist wind. Just a few decades ago, this insanity could be enough for a forced euthanasia in some countries but the degeneration of the Westerners' thinking has been so brutal in recent years that the people parroting all these extremist silly ideas think that they are the new "mainstream".

They have lost their attachment to the West and its "sub-ideologies" – the Judeo-Christian and Greco-Roman values and mechanisms, capitalism, reason – but they may have lost something even more elementary, something that exists even outside the Western civilization, including the very idea that ideologies and general world views matter and one should be careful which ones we adopt and which ones spread in our environments. And that's too bad.

These people are encouraged to believe that by creating the void in their skull, by totally refusing "all ideologies", they become the ultimate centrists. But it is not true at all. By completely refusing any ideological anchor, they become the zero-inertia leafs which always and maximally move in any wind – and if you recall the rules of the old French Parliament, this trait is exactly how the Left is defined. By refusing the ideological anchors and the very concept of any order or quasi-fixed rules completely, these people obviously become infinitely extremist leftists, not centrists!
Luboš Motl v 5:13 PM
Share