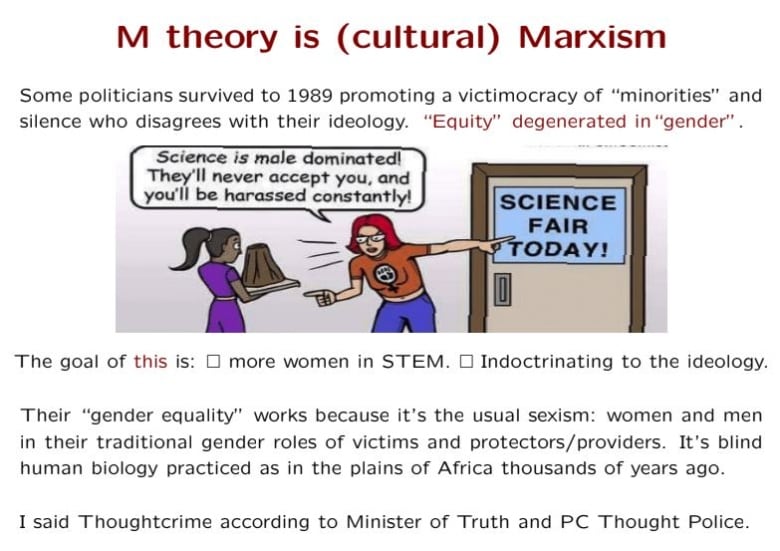 Many people collaborate with the totalitarian feminists and liars and their excuse is that everyone else does it, too. Well, it is a lame excuse for someone's cowardliness and the statement isn't really true as one fresh event shows (hat tip: @Roman_012, @NSesardic at Twitter):


In decision certain to draw fire, journal will publish heavily criticized paper on gender differences in physics (Science's prophesy about the QSS publication)


For the sake of perceived balance, the new sociometric journal published by the MIT Press, QSS, will simultaneously publish unsubstantiated and ideologically driven insults against Strumia and his research. Alessandro Strumia has written the paper

Alessandro Strumia has also sent the paper to QSS which has forwarded it to its referee(s) and, as I have mentioned, the referee(s) has agreed that it is a serious piece of meticulous work and the paper will be published in QSS.

As far as I understand, the complementary texts in Science won't use any Inspire data (or any other hard data, for that matter).

Strumia's work on this issue has previously provoked a petition arrogantly titled Particles for Justice signed by thousands of neo-Stalinist bullies harbored by physics departments. I encourage these bullies to follow the peer-reviewed researcher and notice that they are full of šit. I sincerely hope that during their talks about the "discrimination against women", these people will point out to their audiences that the peer-reviewed literature says the exact opposite.

The journal has apparently paraphrased this legendary slogan:


Feminists of all the countries, lick your own pußy!


I have some doubts whether the main authors of "Particles for Justice" (and the jerks at CERN and University of Pisa who have launched their "investigations" – a euphemism for disgusting neo-Stalinist witch hunts) will be capable of doing that! At any rate, congratulations to Dr Strumia.

P.S.: At Medium.com, a feminist talkatively wrote that there's nothing to be seen here because citations are discriminating against women researchers, too. An early version of my blog post said that Strumia's paper will appear in Science, sorry.

Another amazing fact. arXiv.org has banned the QSS paper which is why viXra.org was helpful. Maybe for the first time.
Luboš Motl v 3:02 PM
Share