I actually find it amusing that Greta Thunberg has been found to become the personification of evil. We may follow her every day and see the answer to the question "what did evil do today?". 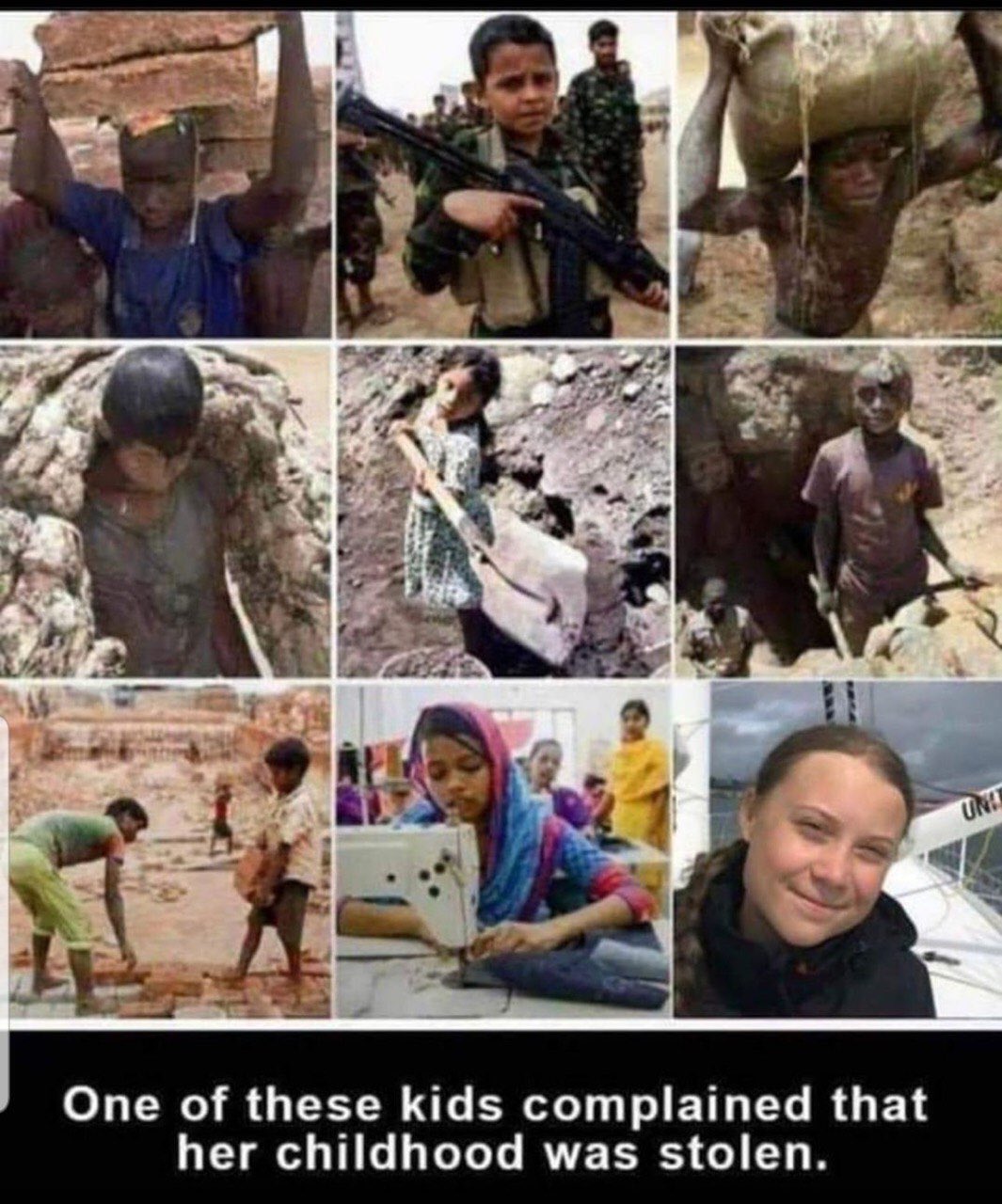 On Friday 13th, she participated at the Fridays for Future events in Turin, Italy. She said that We will make sure that we put them against the wall – "they" were the world politicians – and they will have to do their job and protect our (Greta's and comrades') futures. Greta later apologized for these Gestapo-like plans, claiming that the comment was too straightforward a translation of a Swedish idiom.

She also announced to take a Christmas break from activism – I suppose that she can fly to some nice destination during the break.

But you know, it's already Sunday 15th and on Saturday 14th, she created a new scandal – which already occurred on Saturday but could only explode on Sunday.

In some way, Greta got from Turin to Basel, Switzerland. Basel is basically located on the Swiss-French-German triple junction.

From Basel, she took the ICE 74 train that goes from Zürich (Basel is the second stop) through Göttingen, the ultimate hotbed of stellar mathematicians and theoretical physicists, to Hamburg and Kiel in the extreme North Germany.

ICE 74 (the letters stand for "Intercity Express") is a pretty fancy train with a special restaurant car, see YouTube videos, and she traveled 1st class. Here is how the German Railways (DB) described it:

Dear Greta, we thank you for your support for our railway workers who fight against the climate change. We were happy to have you on board of ICE 74 on Saturday, December 14th. And that train was powered by 100% green energy.

It would be even nicer if you have reported how friendly and competent our staff in the First Class carts was when they were treating you.

That was the DB's take because, you know, we learned something totally different from Greta some 15 hours earlier:

Traveling on overcrowded trains through Germany. And I’m finally on my way home! pic.twitter.com/ssfLCPsR8o

The poor girl has to sit in an overcrowded train in Germany. While the brain-dead German nation wants to throw trillions of dollars into the toilet because of Her prophesy, the prophet Herself can't even get a seat in the First Class coupé – where the seat reservation is demonstrably mandatory.

OK, so do we believe this photograph? By the way, who took the photograph? Is she traveling alone? Was she allowed to sit at a different place than what her seat reservation prescribed? Or was this girl – who has won some millions of dollars just in the embarrassing awards – capable of buying a special train ticket without a seat reservation?

Our train from Basel was taken out of traffic. So we sat on the floor on 2 different trains. After Göttingen I got a seat.This is no problem of course and I never said it was. Overcrowded trains is a great sign because it means the demand for train travel is high!

Half an hour ago, Tom Nelson tweeted about another response from the German Railways:

"the railway company wrote in a statement to the media that Thunberg had a seat in first class between Kassel and Hamburg and that other members of her team were already sitting in first class from Frankfurt onwards" https://t.co/J4nFdXxjuF

So this is almost compatible with Greta's Sunday comments except that DB says that she already had the first-class seat from Kassel, which is 1 stop or 19 minutes before Göttingen.

More seriously, DB says that Greta's puppet masters already had a first-class seat from Frankfurt which is 2 stops and 42-45 minutes before Göttingen. This detail from DB – which could almost certainly easily find out who had which ticket where – is cute not just because it shows that Greta or her people were sitting on the floor for 1-2 stops less than she claimed. The main beauty of the comment by DB is that it finally tells us that her puppet masters – "other members of her team" – exist at all.

The very existence of these handlers is being hidden at every step she takes. So the gullible humans all over the world are led to believe that a skillful girl is travelling through the world alone and saving the planet by doing so. In reality, she's just a puppet controlled by some handlers who have quite some illegitimate interests and profits resulting from this pathetic tragicomedy.

OK, I think that she probably had to sit on the floor for some time. Such things sometimes happen in the trains. Even though this train looks luxurious, it doesn't operate too frequently and one cancellation simply forces you to share the fate with rather ordinary people who travel by ordinary trains. Even relatively moderate professionals simply can't afford this kind of inconvenient commute which is why they drive cars or fly.

This "train through Germany" is a mundane story from someone's everyday life but it is enough to show what kind of lies and manipulations are common among the demagogues who spread the lie about the absolutely non-existent "climate emergency":

* Greta was totally hiding the very existence of "other members of her team"
* She was totally hiding the pictures from the first class coupé because she wants to nurture a totally bogus image of a poor girl who avoids luxury (and who fights the giants, as the children's book [ages 4-7] on the left says) – which is totally unrepresentative of her actual life (and of the huge power of her backers; and of the vulnerability of her targets)
* Even after she was forced to admit that she had a first class seat reservation in the bulk of this journey, she misled the followers about the stop where the first class seating began (by 1 stop for herself, 2 stops for her handlers)

You know, this is quite some amount of lies and dishonesty if you realize that these are really totally ludicrously apolitical and mundane events – taking train from South Germany to North Germany. How many similar lies do you typically say when you describe a trip by train?

But these people have become – or have been selected as – the ultimate chronic liars so they simply cannot avoid lies even when they talk about every detail of someone's trip in a train.
Luboš Motl v 7:16 PM
Share