by Cumrun Vafa and Houri-Christina Tarazi (Harvard) and Hee-Cheol Kim (Pohang, Korea). Note that there are no European surnames here – and in much of interesting research. 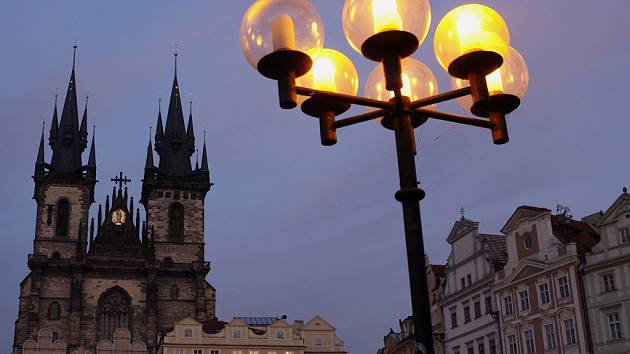 The general principle promoted by this paper is the "string lamppost principle" or SLP. That's simply the statement that the string landscape – the set of vacua and their excitations constructed by all the well-known string methods – enumerate all consistent situations and theories in quantum gravity.

In other words, string theory isn't a proper subset of the consistent quantum gravity – but the very same thing.

I remember using this terminology in some funny discussions, e.g. with Lisa Randall about her popular books. Those books and others included the funny suggestion that "string theorists are only looking for their lost keys under the lamppost" because that's where they can see.

On one hand, you could say that it's foolish because there is no reason why the keys should be exactly at the fortunate place beneath the lamppost where you can see. On the other hand, when you take the "possible and impossible of the research" into account, it's damn rational to focus on the lamppost because that's where you can have progress.

String theory is surely a consistent theory of quantum gravity but isn't it just a misleading example as some critics of physics research have claimed? Well, even my (former) PhD adviser Tom Banks has made such claims that the right quantum theory of gravity must be something else.

You know, it's not just about "optimism vs pessimism". It's really about one's strategy to solve problems – it's "solving vs whining". As a Latin proverb teaches us, fortune favors the bold and good luck accompanies the good arts and skills. The reason why these proverbs probably work is that the light from the lamppost may get reflected and reach almost any place where the keys could be.

So if you systematically study the places that can be reached by the photons from the lamppost, you eventually get everywhere! This strategy just tells you that it's natural to start with the "places that are seen clearly" because the intensity of light is high. But it is really common sense that you should start there. It's natural to pick the low-hanging fruits first. As the research of string theory got deeper, the constructions of string vacua got more complex, they received all the decorations such as heterotic strings, orbifolds, discrete torsion, D-branes, fluxes, non-geometric holonomies, and tons of other things you may find.

I have always added – and for some reason, Randall was very entertained although I am damn serious and this argument seems to work – that the probability is higher that the "lost keys are under the lamppost" so there is real circumstantial evidence that "fortunate favors the bold". Why? It's because the illuminated place under the lamppost is not only better for searching the lost keys; it is also slightly better for losing the keys in the first place! ;-)

Why did you lose the keys? You were probably thirsty so you wanted to drink some nice beverage stored in your pocket (a small bottle of whiskey, I guess). So you went under the lamppost because that's where you can see the bottle clearly and you know how to open it. That's where you made some uncontrollable permutations and the keys fell to the sidewalk. Or something similar happened which still has the property that the relevant moment when you lost the keys preferred the illuminated places. And when God was creating the world (which allowed the evolution of as unhinged things as the contemporary "liberals"), He was surely drinking a lot of whiskey.

The string lamppost principle isn't quite the same thing as the swampland conjecture. The string lamppost principle says "string theory [landscape] equals [consistent] quantum gravity [landscape]" while the swampland conjecture says "string theory landscape is much smaller than the landscape of effective field theories coupled to gravity". The effective field theories coupled to gravity are clearly a different set than the "consistent quantum gravity vacua".

OK, these were the general points. The specific claim is about the rank.

In known stringy vacua, if the low-energy limit is Yang-Mills with 16 supercharges coupled to gravity, the rank of the gauge group is at most \(26-d\) where \(d\) is the number of large, uncompactified dimensions. The inequality is saturated by heterotic strings on tori. You may say that the number \(26\) is the same \(26\) as the critical dimension of bosonic string theory: the heterotic string in 10 dimensions uses the 26-dimensional bosons for the non-SUSY left-movers but 10 of these bosons must be paired with the right-moving SUSY bosons to produce actual 10 spacetime dimensions. The remaining \(26-10=16\) are left for the rank of \(E_8\times E_8\) or \(SO(32)\) gauge groups.

Great. These authors simply say that assuming the string lamppost principle, this "anecdotal evidence" from the string theory data holds for all consistent theories of quantum gravity. If there are 16 supercharges left and Yang-Mills theory in it, any gauge group looks fine at the level of quantum field theory but the consistent coupling to gravity bans ranks above \(26-d\). In particular, \(22\) is the highest possible rank in 4 spacetime dimensions. So much for Jeffrey Epstein's pußies' claims that string theory is unpredictive.

They don't have just the anecdotal evidence from the list of known string compactifications. They also derive the upper bound on the rank from a combination of some other swampland-type hypotheses – from a combination of a strong form of the distance conjecture; and some completeness of defects. Unitarity and SUSY have to be assumed in their arguments. Well, the derivation of the critical dimension isn't quite "new". By the completeness of the spectrum of defects, they conclude that strings may exist, and some anomaly polynomials on them produce the rank \(r\leq 26-d\) similarly as you would derive it in perturbative string theory. But the formulation of the derivation is done a more complete way – we "know" that strings must exist, why, it all follows from some general principles of quantum gravity that are plausible.

To say the least, even though they are not quite unequivalent, these multiple lines of evidence supporting \(r\leq 26-d\) suggest that the swampland-related conjectures seem to support each other. They seem nicely coherent. They are not quite independent although they do sound independent. This is a nice consistency check indicating that all of them could be right although we don't quite fully or conceptually understand "why" these different claims are unified by the conditions of the consistent theory of gravity.

Some positive correlations between the claims may be proven but it always looks like we are only looking at a "small portion of the string theory beast". Isn't there a way to look at the whole beast? To frame all these different arguments as tiny variations of the same argument? Or is this diversity of arguments here to stay? Maybe we should just agree to have a large brain that stores all these different arguments (spiritual patches of the stringy atlas or manifold) and this large brain is needed for a large beast such as string theory.
Luboš Motl v 7:25 AM
Share