So mathematics content is being dropped, making things worse

The collapsing quality of education with beef – especially subjects like mathematics – is sometimes discussed on this blog. Peter F. sent me a real beauty (well, a report that is more terrifying than a vampire) that was published yesterday:


The original Australian article is mostly hidden behind a paywall. 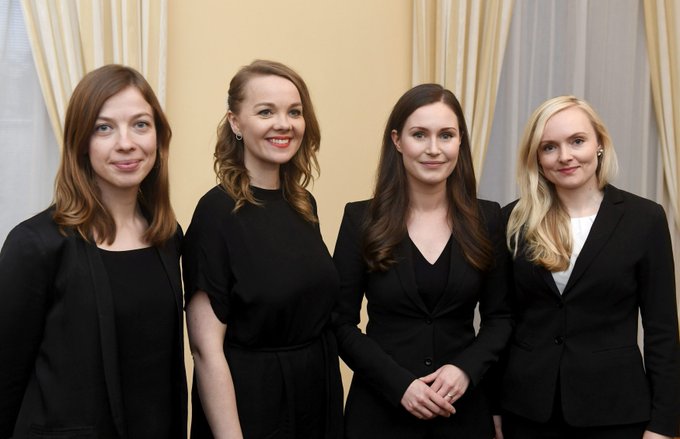 The core of the new Finnish social democratic government

At any rate, there was a survey in Sydney, Australia. The first-year students who focus on economics, accounting, and chemistry were tested when it comes to their knowledge of mathematics for the fifth-grader. Are you smarter than a fifth-grader?

Needless to say, the answer is No for most of these college freshmen. Most of the future economists, accountants, and chemists can't calculate how much is 4% from a number; and they mostly don't understand what a decimal point is. Concerning the 4%, they may know that a gay is a privileged species but they can't calculate how many gays there are in a nation.

Why should they know it? These days, it's enough to learn how to pronounce "I am deeply hurt" and how to repeat the sentence "the end of the world will arrive in 12 years". How much is 12? Nobody needs to know, it's just very soon. It's a number between ten-one and tenty (between 11 and 100). Surely the future economists, accountants, and chemists don't need to know a decimal point.

How do the universities react to these changes and findings? They are dropping maths from their courses. It is becoming impossible to teach courses with maths, they "basically correctly" argue. So once the concept of the number 12 becomes too difficult for the future intellectual elite of the Australian nation, they will simply replace "the doom in 12 years" by "the doom that is very soon".

The same survey has found out that by their knowledge, Australians are retarded by 3 years relatively to their counterparts in Singapore. I would bet it's an underestimate.

The college freshmen are turning into stupid animals because they weren't taught much stuff with beef in recent years; and because their knowledge of stuff with beef wasn't required. If you keep on "treating" the sick universities with the same medicine, the disease will obviously become even worse.


'Teachers and principals tell me the current curriculum is overcrowded,' he said.

'Central to improving student outcomes must involve refocusing on literacy and numeracy and de-cluttering the curriculum,' he told Australian Associated Press.


Right. The curriculum is overcrowded – not with some neutral "clutter" but mainly with toxic garbage. Lying parasites who were teaching gender studies, climate alarmism, and multiculturalism and similar stuff must be sent to coal mines again and those who would protest have be maximally encouraged by the federal governments and the regional governments to starve and to disappear from the Australian society.

Universities must restore the tests and reject applicants who are simply not good enough to be university students. Bureaucrats who are far left activists must be fired; and those who are afraid of them and who have a potential to become collaborationists must be fired, too.
Luboš Motl v 8:06 AM
Share