Willie Soon just sent me this report that should be seen as amusingly surprising if not ironic:


In the 1990s, when the fanatical leftists weren't big players yet, Democrats at universities – people like Paul Ginsparg or my adviser Tom Banks – worried about different things than the hate speech revolving around the 42nd gender, the right to say Trans Bat Woman cannot marry Queer Superman, and other fascinating things that rule the contemporary leftist minds. 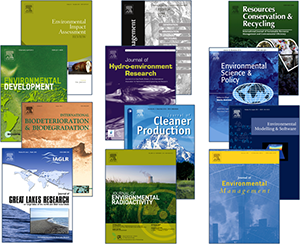 Instead, they were dissatisfied that journals such as Nuclear Physics and other journals owned by Elsevier and perhaps others excessively rich publishers were selling the results of scientists' efforts for too much money. Science was inaccessible to African universities who couldn't buy the copies or licenses for those Elsevier and similar journals.

This paywall was making it much harder for peasants in the Republic of Mali to write papers about the heterotic matrix models.

Indeed, this justifiable anger that "the poor are kept poor" by being prevented from accessing the scientific knowledge was also one of the reasons why Paul Ginsparg started the arXiv (as xxx.lanl.gov) in 1991, the server that was necessary for me to spend a decade in America (not much has changed about the difficulties as described by Glanz in 2001).

Wouldn't it be great to make science "open source" in this way? Pretty much everyone can contribute and strictly everyone can read it.

Well, I describe these things with some nostalgia because those were times when the leftist "causes" had some meaning that I was endorsing for "a sizable fraction of my daytime", unlike the insane causes that are bombarding us today. But don't get me wrong: I was conservative relatively to the university average even in the 1990s so I did care about the publishers and their ownership rights – and the good stuff that would be threatened if this money weren't flowing to the publishers.

When things become free, their quality may easily deteriorate because people don't sufficiently value, cherish, or revere these free things (what is free is as valuable as feces because feces are for free if you know where to find them); and the would-be producers are insufficiently motivated to work or to produce quality stuff. It is very clear that I was always worried about such things and I considered as problematic all the manifestations of the "open source" movements in software, science, arts, and other fields affected by intellectual property.

At any rate, "open science" has become a part of Zeitgeist even among the self-described moderate conservatives – and maybe especially among them (because of the secrecy of the climate alarmist research in particular). As Willie pointed out, Trump is considering something that would have been much more natural as a plan of the Obama administration:


Well, the article above actually does remind us that Trump's plan is an extension of an Obama 2013 memo that demanded the research co-funded by the federal taxpayer to be publicly available within a year of publication. Well, Trump would change one year to ten seconds.

The Association of American Publishers has a reason to worry, of course. And they do worry and lobby against the initiative. Most of the publishers' income comes from the first year of subscription when it matters. People who are close to science are of course mostly getting familiar with the results in their field in less than a year i.e. from the paid sources, except for the fields like HEP where the publishers have already been made irrelevant.

It's interesting that the left-wing Union of Concerned Scientists (who are mostly non-scientists or bad scientists) seems to be against:


What problem are we trying to solve?


This seems like a rather fair question. But there are some good answers, too. In particular, lots of the policies have been justified by research that was behind the paywall which meant that the taxpayers couldn't effectively participate in the discussion about topics that were often decisive about the policies – policies that do affect the taxpayers.

Well, frankly speaking, I do think that this "mandatory immediate open source status" is a form of nationalization of the publishers (i.e. theft) and in a non-communist society, they should be compensated for that. Again, yes, I do agree with those who say it's "surprising" that a Republican administration proposes similar basically anti-business policies. And I surely do agree with the publishers that they have a point when they say that the concentration of the resources in publishers' hands is "good for the system" because the money is often needed to select the good research from the pool: one needs to pay the editors (and sometimes reviewers) who do this kind of important work behind the scenes. To leave all these activities to the unpaid public means to make the "industry of selection of good science" amateurish. Especially in fields that are drowning in bad texts, this may be deadly for the quality of the scientific research or at least the quality of the regular people's knowledge of the science.

Also, the freely accessible science will also be accessible to Unamericans such as the Chinese, Russian, and even the Europeans. Well, Europeans aren't interested in scientific papers anymore, they are only interested in Greta Thunberg's hysterical outbursts.

For the aforementioned and other reasons, I have mixed feelings, including some enthusiasm and pride about Donald Trump's (literally) progressive ideas and some fear that it's another thing that is destroying capitalism, competition, and incentives to do difficult mental things, another move that will make shallow people more powerful than the deep people. I actually do think that the UCS's question "what problem are we trying to solve" should be answered before some compromise is adopted.

My focus would be on the research that is used in public policymaking. And I think that those who want to use research that is behind the paywall at the moment of a politicians' decision or vote about a policy should have some obligation to pay (from their grants or their institutions' money, I guess) and peacefully persuade the publisher to make the research freely accessible because this is related to the "problem that I see and that should be solved".

The main problem I see is that the hidden character of some papers is often being used to justify harmful policies by bogus science that cannot be effectively debunked. I would personally focus on that problem rather than on the universal destruction of the publishers.
Luboš Motl v 6:00 PM
Share