A great portion of the activists' arguments that are completely irrational may be classified as symptoms of a wishful thinking. Czech ex-president Klaus who has spent years by fights against the wishful thinking would also add the term in German where he has used it often, Wunschdenken. In general, these people often conflate two things:
Arguments defending socialism are often of this type because they implicitly assume that people behave in ways that would make socialism work. They just ignore the fact that according to observations or logical arguments, people actually behave very differently. 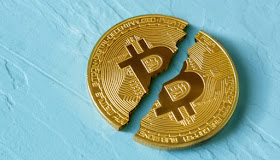 The mandatory belief that \(P\neq NP\) in computer science is arguably another example of a wishful thinking. The actual argument that drives those people towards the fanatical \(P\neq NP\) faith is that \(P\) couldn't possibly be \(NP\) because if \(P\) were equal to \(NP\), computers could someday replace the thinkers and left-wing intellectuals (who are looking for the path for a traveling salesman when they're not destroying Trump cereals, the job of theirs that they actually care about) would become unemployed.

It mustn't happen that they become useless, the reasoning goes, and therefore \(P\neq NP\). However, this argument is totally irrational. It may just happen that \(P = NP\) and the exponent and prefactor may even be low and some people's work could really become cheap etc. It could be bad for some people but it doesn't mean that it's untrue or impossible. After all, computers and robots are replacing many of these occupations right now, almost completely independently of someone's belief in \(P\) vs \(NP\).

I chose the title according to another example of the wishful thinking, the expected rise of the price of the Bitcoin associated with the "Bitcoin halvening" that will occur in a few months. Check Google News' review of the passionate discussions and hopes associated with this event.

Incidentally, the Bitcoin price oscillated between $6,500 or so and $8,000 where it roughly returned hours ago. Craig Wright has suddenly produced 428 documents including the key document of "Tulip Trust III", a new fund. It's so much stuff that it becomes possible that they were delivered to him recently, perhaps after January 1st when he claimed to expect over BTC 1 million ($8 billion) from a bonded courier.

These 428 documents increase the probability that he is the real Satoshi Nakamoto, the father of the Bitcoin. As far as I can say, he remains the most likely single man who could be Satoshi Nakamoto. Of course, Tulip Trust III could be a fabricated document with no big fortune behind it, too. 428 looks like an impressive number to me. Instead of fabricating 428 documents, why wouldn't he simply say "How dare you?" like ordinary crooks do? But if he became a billionaire and the Florida court will order him to pay 1/2 of those early coins (possibly "the" Satoshi fortune) to the brother of Wright's late colleague Dave Kleiman, that brother will have to pay $2 billion in taxes and the Bitcoin price will brutally tank.

But let me return to the Bitcoin halvening.

Bitcoin ledger contains the immutable record of all transactions in the past – those (currently) 250 GB of data are divided to 612,000 blocks which means that the average block has been 0.4 MB. The new transactions are being added to the ledger along with some hard-to-calculate cryptographic keys which must be basically "guessed by brute force" by the miners' hardware. An argument indicates that the miners are incentivized to extend the longest available chain and because the longest one is basically unique, or becomes unique after a short time, all miners agree what is the "right current ledger", at least after several blocks.

Every 10 minutes in average, a new block is found and added to the ledger by a miner. The victorious miner gets the transaction fees (which are chosen by the payers and may go up or down, as the payers compete – the more they pay per byte, the more quickly and reliably their order gets processed) plus the special reward that was BTC 50 per block when the Bitcoin started. It got halved to BTC 25 in 2012 and BTC 12.5 in 2016. Now, additional four years later, the reward will be reduced to BTC 6.25.

The halvening occurs each 210,000 blocks (the "21" in this number is the same "21" that appears in the asymptotic number of Bitcoin, 21 million, because the remaining factor is the sum of a simple geometric series 1+1/2+1/4... times BTC 50, the initial reward for a block). Interestingly enough, 210,000 times 10 minutes is almost precisely 4 years; this statement is equivalent to the statement that one year is 31.5 million seconds, the actual number is 31.557 or so. Note that I, Luboši Nakamotl, only chose 2 digits, 21, and got the approximation for a number of seconds in a year with the accuracy of 3 digits. I am the only one who knows this numerological trick, therefore I am Satoshi Nakamoto.

Some 122 days are left to the halvening now, the event is expected around May 13th right now.

What will happen around and after the halvening? Well, the difficulty of the "miners' guesswork" is adjusted once in two weeks, more precisely each 2016 blocks. The reward fees will get halved in May. This will make the mining loss-making, at least for a while, for an overwhelming majority of the miners. Almost all miners are arguably losing money when the price of hardware, labor, and electricity is included. But even if you don't count hardware, electricity is expensive enough and even the most profitable miners may be breakeven at the Bitcoin price around $5,000 per Bitcoin. Kids who are mining at home are generally getting less money (usually their share from a mining pool that sometimes finds a block for "all" members) than their parents pay for the electricity.

OK, after the halvening, they get a halved amount of Bitcoin for the reward fee so even the most profitable miners will be breakeven at the price $10,000 per Bitcoin. So almost everyone will be loss-making and they will stop mining blocks. Because the blocks tend to be saturated (the length of a block is bounded by 1.4 MB right now; you can't squeeze over 4,000 transactions to 10 minutes), I think that the queue of transactions will grow dramatically. The first "expected 14 days" after the halvening may be extended to a hugely prolongated period that may hypothetically become infinite.

However, some people, at least the holders of the largest number of Bitcoin, will offer huge fees to process their transactions, so the percentage of the miners' income that will come from the transaction fees will significantly increase (it is just 1-10 percent now). So some people may keep on mining. Lots of the activists who don't care whether they're profitable (like kids stealing their parents' electricity) will keep on mining no matter what.

After the first two weeks which will probably be much longer, assuming that the period won't be prolonged to an infinite duration (meaning the complete breakdown of the Bitcoin), the mining difficulty will drop dramatically and most miners will restart their operations.

What will happen to the Bitcoin price? It's not clear at all. The price is changing by the mismatch of supply and demand at the current price, you know. Because the decrease of the mining activity may look scary, and this unavoidable development is under-explained, many people will panic and sell the Bitcoin. So I think that the price of the Bitcoin will drop after the halvening. The frantic sales may increase the transactions further, powering a vicious cycle.

The alternative, Bitcoin cultists' favorite, argument is that the Bitcoin price will go up. They basically believe in the following:


Now, think about it. This argument is amusing because it stands on a fishy assumption. This assumption is the best example of the wishful thinking in this blog post. You know, they assume that the Bitcoin price will double because such a doubling would be nice for some smooth operation of the miners and that's fair and nice, and the Bitcoin technology is a flawless and perfect, like God, so it must be true.

But in the real world, fair and nice things (according to a distorted cultist's perspective, to make the matters worse) are usually not true. At least there is no equivalence between fair and nice on one side, and true on the other side. There is really no reason why the assumption


should be true. It's just an assumption. It's really an assumption that is vaguely equivalent to the assumption "the Bitcoin system is robust and the halvening doesn't cause a disruptive or cataclysmic exodus of the miners". The problem is that the halvening easily may cause such a debilitating exodus. The halvening surely does change some parameters by a factor of two, the question is how this discontinuity affects variables that you care about.

The Bitcoin "thinkers" discard this possibility of a "miner exodus and the subsequent price drop" simply because they don't want it to happen. But if someone doesn't want something to happen, it doesn't mean that it won't happen or that it is unlikely to happen.

There exists one mechanism that may make the cultists right and it's the self-fulfilling prophesy. The Bitcoin price at a given moment is basically a random number reflecting some beliefs of those who are paying a lot of money for a worthless digital nothing. If most of these people's belief about the "right Bitcoin price" doubles at the moment of the halvening, then their desire to buy and sell at a given price will dramatically adjust and the actual Bitcoin price at the exchanges will double, too.

But to make this "discontinuous doubling of the price" scenario realistic, the percentage of the people who believe in this stuff would have to be very high. On top of that, almost all these people would have to be stupid not to figure out that if their assumption were correct, it would be a great idea to buy a maximum number of Bitcoin before the halvening and selling it for a doubled price afterwards, thus achieving a maximum profit from the doubled price (and reducing their degree of risk to a manageable level again).

I believe that most of the holders of the Bitcoin still have some financial literacy (the richer ones; the totally illiterate kids may own $50 in the Bitcoin in average) and in a market with players who have the basic literacy, the discontinuity just cannot occur because the halvening bonus that is "known to everyone" is already priced-in.

In 2012 and 2016, the blocks weren't saturating the size limit yet. Now they're pretty full, the mining activity will be suppressed by the lowered rewards, this decrease of the mining activity will expose the fact that BTC is running out of capacity to process the transactions, and this will cause some panic. The price will drop, proving the optimistic "doubled price" reasoning to be just another example of the irrational wishful thinking.
Luboš Motl v 11:42 AM
Share