I don't believe that this Covid-19 coronavirus is new

China – but, to a lesser extent, the rest of the world – is terrified by the newly named coronavirus disease, Covid-19, a new potential pandemics that could produce as much anxiety and danger as SARS, the symptom of the abruptly terminating breathing. Note that in 2017, researchers have traced SARS – that exploded in 2002-2003 – to horseshoe bats in Yunnan province. 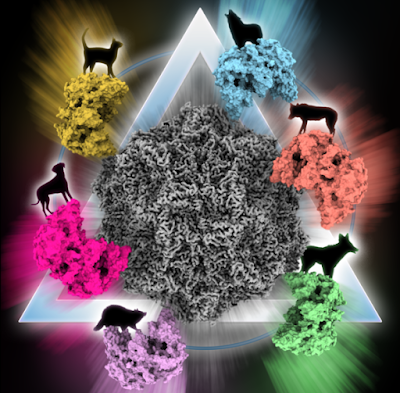 The Chinese eat bats and cook soup from bats and similar monsters – did you give them the permission, Batman? – and it is clear that this kind of inter-species multiculturalism increases the risks that the viruses jump. I have chosen the Chinese cuisine for most lunches in a year or two while in Greater Boston but I prefer to eat "tested food". Also, I insisted on a fork and knife, as a civilized person – to avoid the extra work that Zdeněk Izer had to perform when he was served the chopsticks.

Kung Pao Chicken has surely become a regular food for me that I am not afraid of (but any regular enough sauce with beef and pork is also good enough – and so are eggplants and even that exotic bamboo). The Chinese and many other nations have a pretty high life expectancy which is the reason why I don't believe that an occasional Chinese lunch (or a kebab that I had last night once again) will seriously reduce my (or another individual's) life expectancy.

I think it's unlikely you will die soon but I simply don't recommend you to eat bats and similar things (including insects) – but I am clearly much less motivated to fight against such exotic foods than Paul Joseph Watson who seems religious about it. Incidentally, some preliminary suggestions (that are hated by many other experts) say that this time, bats could have also been involved but the direct predecessor that carried the disease to the humans could have been a snake. Snake is one of the 12 symbols of the Chinese annual zodiac. Years 1977, 1989, 2001, 2013... were years of the snake.

You can imagine that they're doing pretty disgusting things with the snakes and similar monsters (I treat snakes less cordially because I consider them loop quantum feminists). Don't be afraid that many readers will be offended. They don't protect themselves from snakes, bats, and snakes' and bats' feces but they do shield themselves from important Western ideas by the Great Firewall of China. :-)

Some people pointed out that the first outbreak occurred blocks away from a biotechnology facility. Could a biological warfare leak be involved?

Our Chinese friends have imported diseases from many creatures. The previous ones included bats and cats. If you know the English alphabet, you may easily figure out that the future sources of new diseases will be fats, hats, and rats, among others (not to mention Pat and Mat, two famous Czechoslovak do-it-yourself dudes). Let's hope that China won't figure out how to infect humans by natural digits, nats, because with such a breakthrough, humans would be days away from contracting computer viruses, too.

Update: In a few years, people will be shocked by a new, unexpected source of viruses because despite my part-time perfectionism, the first version of this blog post omitted oat. ;-)

China has tried to demonstrate the superiority of the mostly dictatorial system that the country enjoys at least at the political level: a blockade (a big-scale quarantine) was imposed on cities with tens of millions of people there. It's a nice demonstration how easily the human rights of the individual Chinese people may be limited for a "greater good". Whether there is any substantial "greater good" or advantage of this quarantine is highly debatable. Lots of infected people have demonstrably gotten out of the blockaded area. Positive cases have been reported in several other Asian countries – and the U.S. has 2 cases, France and Australia 1 case. About 41 people have died of the coronavirus as of Saturday morning, the amount is almost doubling every day. 1300 are infected but 38 have been cured, indicating "no Armageddon".

Chinese zodiac, a collection of animal friends offering you their own kinds of Made In China flus. ;-) Dragon flu could be rather deadly.

But let me get to the title. I am always amazed how abruptly such hysterias about new possible "global pandemics" arise. Did the virus jump on a human weeks or months ago for the first time? Maybe but I just have an extremely hard time to believe such a story. The claim that there was no human with this strain of the coronavirus basically includes the assertion that all flu-like diseases suffered by more than a billion of Chinese have been previously checked not to be because of this virus.

Do I believe that this work has been done? No. I am never quite sure whether I suffer from a common cold or a flu and I think that a huge fraction of the people often face the same dilemma. People with something like a flu often avoid doctors. Also, for four decades, I wanted to know the right diagnosis for numerous, mostly cosmetic, conditions of mine that were clearly caused by the yeast (probably from one of the Candida species). I've been getting dozens of wrong diagnoses throughout the whole time. And the Czech healthcare system is one of the best in the world.

Why should I believe that China whose healthcare system is much poorer, where the human live has a much lower value, is so perfectionist in uncovering the microorganism behind every single respiratory disease? These people still have something like a damn flu. Within the regular error margins, lots of them just can't tell the difference.

Don't get me wrong: I surely consider global pandemics to be some of the most realistic threats that could severely harm if not eradicate mankind. But I don't believe that there is a very high correlation between the moments of the genuine threat and the degree of hysteria that is amplified by the politicians and the media. Right now, someone started to talk about this "new disease". So lots of politicians are trying to fight it, lots of people are scared and they attempt to protect their health, and it's being discussed, the disease is named, it's a "thing". But in reality, it could have been a thing much earlier and most of the "big thing that suddenly exploded" is just a social construct.

One corollary of this view of mine is that this coronavirus will almost certainly not harm mankind in any substantial way. Well, not even SARS managed to do it. The coronavirus is an interesting novelty from a theoretical, scientific viewpoint but it might be sensible to think that from the practical viewpoint, the individual sufferers don't substantially differ from regular flu patients and the whole new level of anxiety that is attached to this disease could very well be rationally unjustifiable.
Luboš Motl v 6:49 PM
Share