Even with Enyaq, electric cars make no economic sense

In the morning, we learned that the Eurozone's industrial production has dropped by 4.1% year-on-year. It's clearly one of the manifestations of the devastating impact of the neo-Marxist Luddites who took over the bureaus of the undemocratic transnational institution known as the EU. 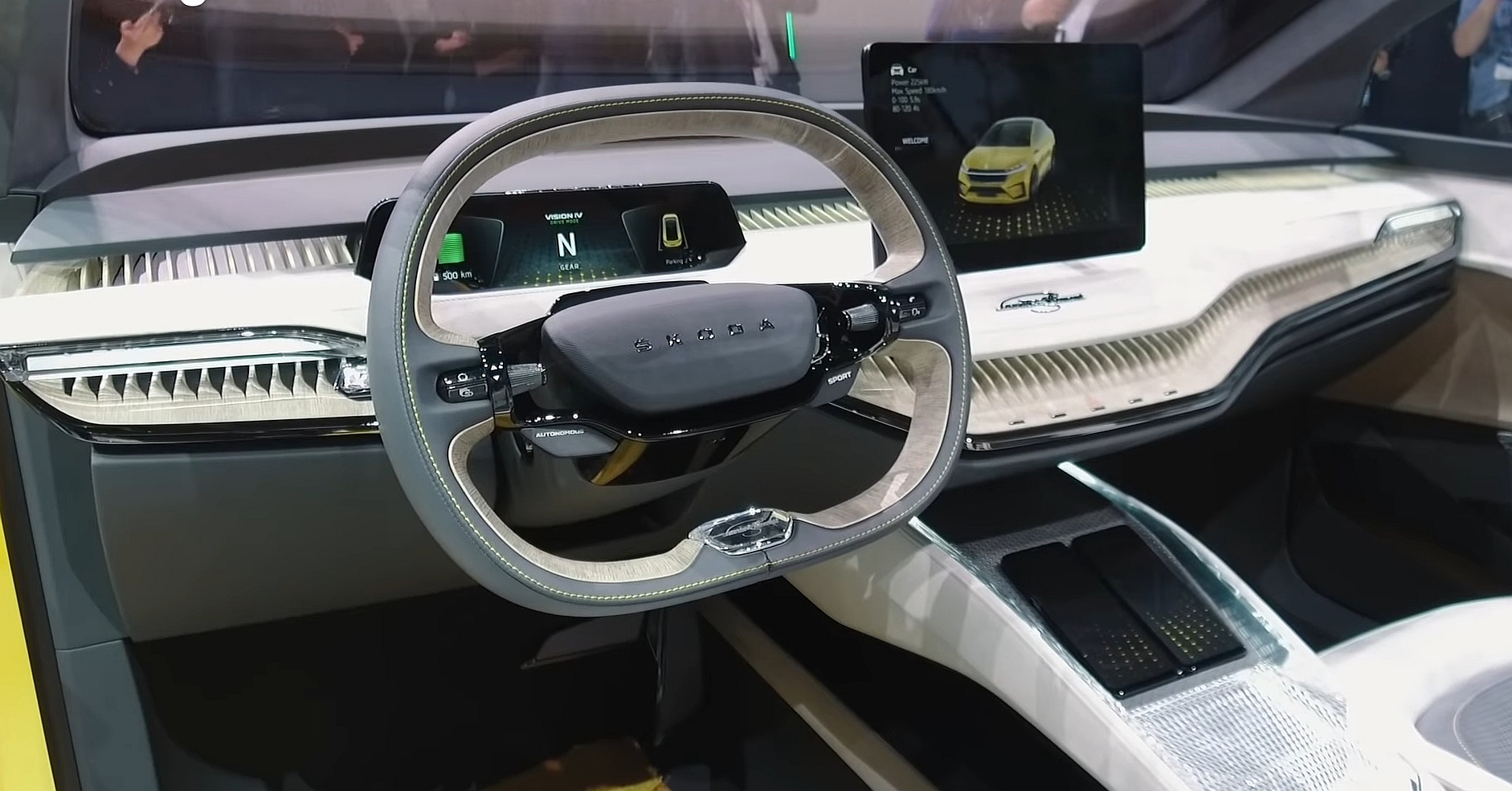 Herr Bernhard Meier, the boss of Škoda, the second highest-margin brand in the Volkswagen Group, started to call for help. Spreading their medieval superstitions about the weather, the unhinged Luddites really want to destroy the car industry of the old continent.

The demands for dramatically lowered CO2 emissions from cars may only be fulfilled by a dramatic decrease of the number of cars. Let's look at the models of Škoda, a 125-year-old company that produces over 100,000 cars a year (in North America where the brand isn't exported, it's almost certainly the largest brand that most Americans don't have a clue about).

They have discontinued the cute quirky mini-SUV Yeti a few years ago (Jeremy Clarkson's sweetheart) and only sell Rapid in some Eastern or Asian markets. So the current models are

The smallest car, Citigo, is only sold in the electric version now. The realistic profit (which is negative) per year is almost $20,000 lower than the petrol version's. CitigoE is now the cheapest electric car from a trustworthy brand, getting you below $20,000.

The other models are increasingly large. Fabia is small (the model from the famous sweet ad, mean ad, and the attention ad). Scala is a bit larger but concise, a Rapid replacement in Europe etc. Octavia is the mainstream bestselling version. Superb is a large limousine. The -q cars (the sound -q is from the Eskimos' language) represent SUVs.

Most of these models are planned in some plug-in electric versions which is still vastly more sensible economically than full-blown electric versions; iV is added to all the models' names that are at least partially electric.

Full-electric Enyaq will be added later in 2020; the final car should be presented either in Geneva in March or in New York in April. It will be the new pride of Škoda Auto, will cost from $50,000, and will 85-90 percent agree with the spectacular Škoda Vision iV that was introduced last spring (in particular, it was leaked that the rear will be much more vertical and therefore boring). The name Enyaq was officially announced today. -q is the Eskimos' letter for the SUVs.

Eniac was the first computer, of course, but they finally chose the spelling with Y, as I expected. Enya means "the source of life" in Celtic (but "little fire" or "kernel" in Irish). That's also the name of the ingenious Irish female musician.

Here is a technical babe driving the Enyaq's concept. Try to check a bunch of other videos featuring the concept to see that people are really excited about the design. In videos with many competitors, e.g. this one – coming electric cars – the Vision iV gets by far the most enthusiastic feedback by the commenters. Partly because of the yellow color, it's the "Lamborghini Urus" that went electric, for 1/6 of the price of an Urus.

But even this car, started to be sold from $50,000, will be making a loss for Škoda. It may serve the function of attracting many new eyes to the brand. But a sensible person who lives on Earth simply can't seriously plan a future of the 2020s in which the fully electric cars dominate. It just doesn't make any sense because the electric cars are roughly $10,000 more expensive than they should be. In many markets like ours, just this useless "premium" is close to a one-year salary after taxation. You can't expect most people to throw away 1 year of work within 10 years just for the premium, not to mention another, larger amount of money for the new car.

If there were a genuine threat that the normal cars would become impossible to produce profitably, especially in Škoda Auto, that would beat all the disadvantages of Czechout and we should be trying to leave the European Union at any cost. Maybe in California or Sweden, they may afford psychopaths who determine their industrial policies but we can't afford those.

In January 2020 in Czechia, 384 electric cars were sold. CitigoE iV is 254 of those, some 2/3 of the market share. They were followed by 77 Hyundai electric cars, 13 Teslas, 7 Renaults, 6 electric VW cars, 4 Audi e-tron, 6 BMW i3, 5 Kias, 2 Jaguar i-Pace, 2 fully electric Mercedeses, 1 DS. You can see that Škoda totally dominates, Hyundai follows after a big gap, and Tesla is more than one order of magnitude beneath those.

Even with those 254 CitigoE's, electric cars made 2% of the sales during the month.
Luboš Motl v 12:57 PM
Share