Lombardy has probably already undergone 50% of the worst case scenario

O(50%) of the inhabitants could be immune by now

If you check the basic global Covid-19 data, you will see that Italy is safely the #1 country in the number of fatalities: 13,155 after the April 1st 6 pm update.

Italy has 60.5 million people and its first region that became a virally troubled zone, Lombardy – approximately the crimson area in the center of Northern Italy above – has 10 million people. It became so troubled because there are many Chinese textile workers over there. It got combined with the polluted air, multi-generation houses, and other aspects of their back luck.

Lombardy got its lockdowns early one – something that has apparently made the situation worse (and viral doses larger) – and for some time, Lombardy was responsible for some 65% of the deaths. The regional data show that the region has had some 7,500 deaths. To say the least, it's more than 1/2 of the deaths in Italy.

The new cases and deaths could be growing but in recent days, one trend became very obvious: the number of deaths and especially new cases went down in Lombardy – while the overall numbers were "approximately stagnating" in all of Italy. So the trouble was clearly moving from Lombardy to other parts of Italy. Lombardy's recent three death counts were 458, 381, 394. Some decrease is clear there.

New cases were recently 1154, 1047, 1565. Here you can see an increase but all these numbers are much less than 1/2 of the number 4,782, the fresh Italian number of new cases. Eyeballing seems enough to conclude that ex-Lombardian Italy is "growing" more quickly than Lombardy and Lombardy seems to be "shrinking". 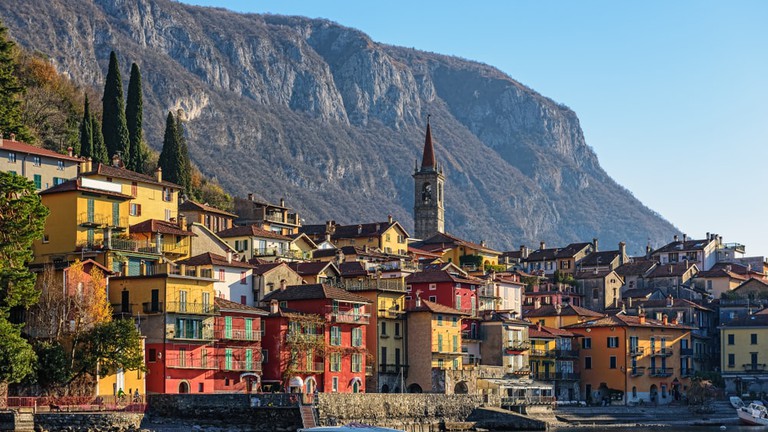 Similar policies are active in all of Italy. If the percentage of the infected people were much smaller than 100%, I think that all the regions would see the same percentage increases every day. But Lombardy sees substantially smaller increases than ex-Lombardy – or decreases. The only explanation for this non-uniformity that I can see is that in Lombardy, the virus is actually already hitting the limits and has trouble to spread further because it has already infected too many people and too many potential "promoters" of the virus are already immune.

If you believe it's the case, Lombardy has basically experienced the worst case scenario because "a fraction close to a majority" has been infected. It has led to the death of 0.07% of the 10 million inhabitants. My estimate is that we're close to one-half of the process. In total, the virus will have visited almost everybody in Lombardy and it will have claimed the lives of 0.1% or 0.2%.

In other words, Covid-19 is a new kind of a flu that isn't immediately repelled by the immunity systems – those aren't ready – but otherwise its fatality rate is comparable to flu, 0.1%.

In other places where the hospitals never collapse or experience a huge panic, the fatality rate would be about 1/2 of what it was in Lombardy, below 0.1%. On top of that, most of the places on globe will never approach this Lombardian kind of "saturation". For example, I believe that Sicily and Southern Italy is mostly doing fine because it's warm enough and the virus struggles in the warm weather, like its more familiar siblings. But yes, 0.1% of the world population is almost 8 million people. Some fraction of this figure (1/10?) will be killed in coming years – unless the vaccination or significant advances in the treatment will markedly lower the number.

Covid-19 will become a competitor to flu as a killer – one can't predict which of them will be worse within a year. But Covid-19's "advantage" may be temporary because lots of people will get immune just like they are immune towards flu. And flu will have one major advantage left: it has many strains. In the medium term, I think, Covid-19 will be on par with a single strain or substrain of flu.
Luboš Motl v 6:59 PM
Share