The water conservation law and irrationality of the fight against drought

Thank God I could switch back to the "classic Blogger" user interface.

Yesterday, Pilsen and much of Czechia has received an inch of rain, after several dry weeks. Quite generally, people say that Czechia tends to suffer from drought. That's partly because people have forgotten about the 1997 and 2002 floods; and they just sometimes mindlessly parrot the whining. I am confident that the plants have looked incredibly green and healthy for years; there is no clear sign of drought in the landscape that you could see by eyeballing. 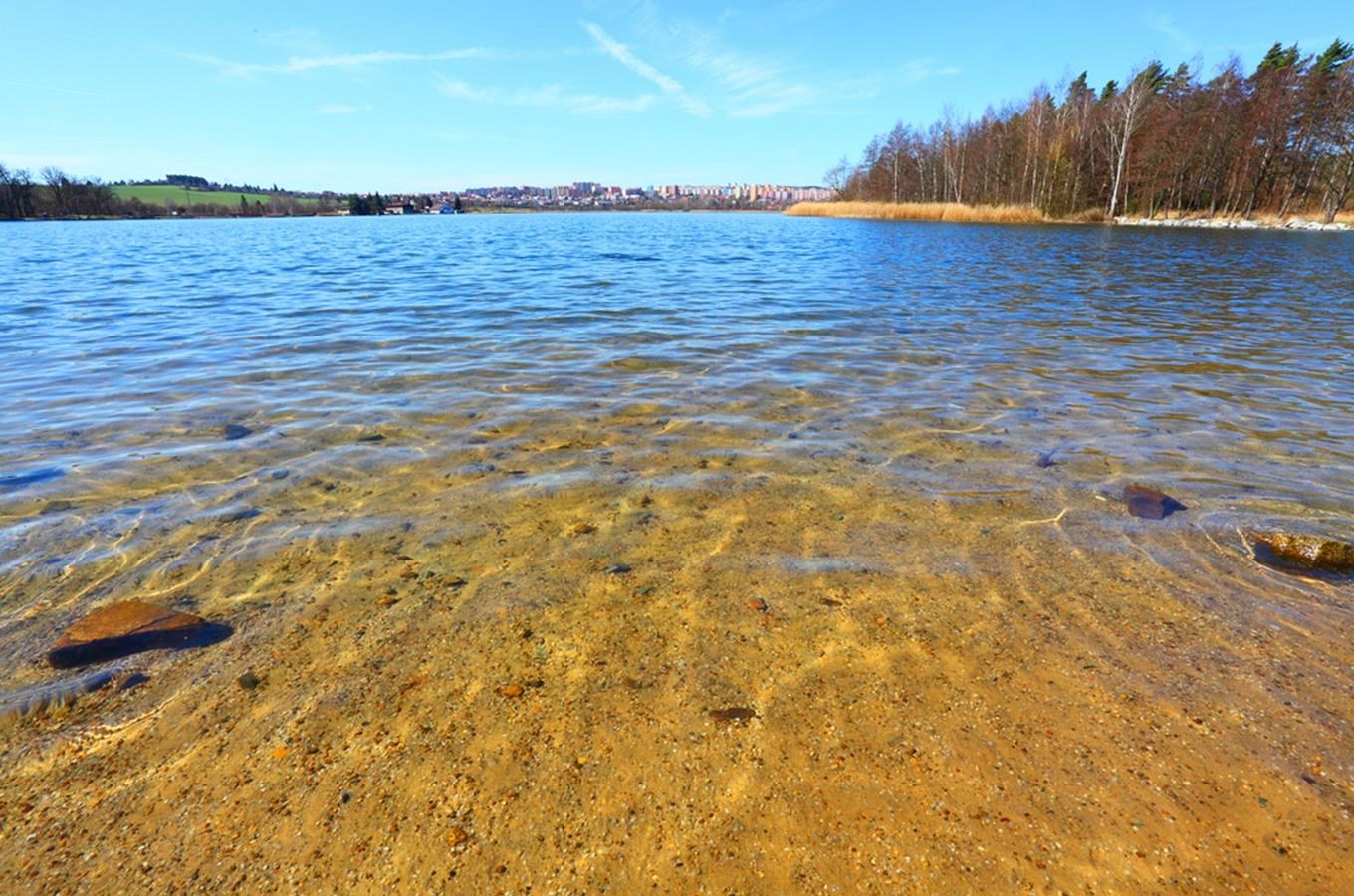 In average, Pilsen should receive 600 mm of rain a year, evenly spread over the year which is some 11.5 mm per week. Interdrought.cz shows that Czechia was mostly dry on Sunday – it will be much "whiter" a week later (the new maps are published at Monday 1 pm or so) – but it was worse in April and July 2019, for example.

It is not hard to see that Czechia – the ultimate center of Europe – is a place from which waters flow elsewhere. On our territory, you see the drainage divide between three major river basins.

On the left side, you see Bohemia and much of it belongs to the North Sea basin; the North Sea is "West from Denmark" or between Denmark and Britain. The water gets there through the Moldau and Elbe river. The Moldau is our national river, never leaving our territory. Bedřich Smetana has composed a wonderful composition describing its fate. In reality, The Moldau has a higher flow rate than the Elbe so the merged river should be called the Moldau, not the Elbe, but that is the least harmful inconsistency that the Germans have created.

The Southeast of Czechia includes the Danube river basin – the Danube itself doesn't go through Czechia (it's the river in the nearby Slovak capital, however) but its major tributary, Morava (in Czech, the name is exactly the same as that of Moravia, the land), does. The Danube goes to the Black Sea (in Ukraine but it is just behind Romania and Moldova).

And the Northeast of Czechia is mostly the feudal land of Silesia (the Austrian, non-Polish, part of it) which largely overlaps with the Oder river basin. That "mostly Polish river" (whose spring is also in Czechia) goes to the Baltic Sea (East of Denmark). 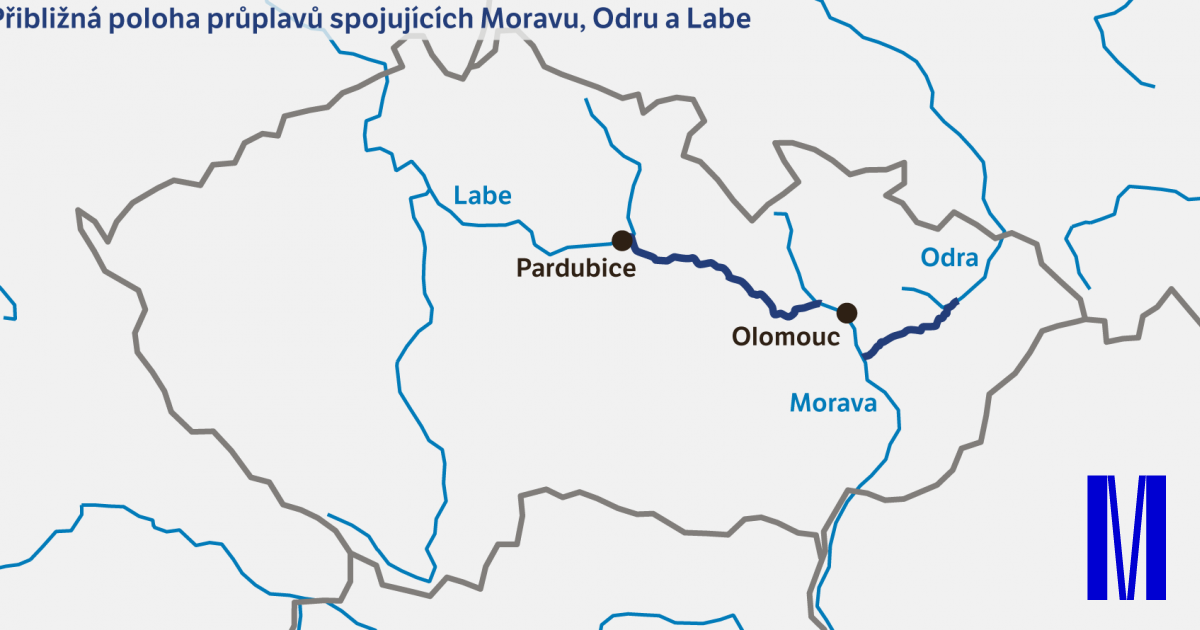 Current president Miloš Zeman is a defender of a huge project, the Danube-Oder-eLbe (DOL) Water Corridor which would cost about $20 billion (over 50% would be paid for the "Elbe branch" of it) and connect the three seas. A stream of new ponds would link the three rivers, help to store water in Czechia, and the country could become open for marine transportation if not cruise ships.

I tend to support Zeman, the canal could be useful although I don't see this kind of watery transportation to be economically crucial these days. The most sensible counter-arguments deal with the fate of some ecosystems.

But there is a more general theme which Zeman gets right and his critics don't:


To fight against drought in Czechia is almost the same thing as to try to prevent some water from leaving our territory!


You know, the overall amount of water molecules is more or less conserved. H2O may arrive to the Czech territory or leave it in the air; or along the surface. The motion of water in the air is basically outside our control because we're not too good at "commanding the wind and rain" (this is an optimistic communist slogan of the 1950s, we will command wind and rain, and it's largely being mocked as arrogant stupidity these days although to some extent, it's possible to do so, by cloud seeding and other methods).

OK, if you assume that the wind and rain is largely doing what it wants, we may only affect the inflow and outflow of water along the surface, i.e. in rivers. And because rivers are overwhelmingly leaving our territory, we need to take water from them before they leave! Taking water from rivers and "storing it" is almost the same thing as preventing the Czech landscape from drying up!

Pilsen's Great Bolevec Pond (the picture above) is a wonderful and important enough example of the people's irrationality concerning the efforts to "save water". It was founded in 1460 when the city of Pilsen bought the village, Volevec (old name), and the construction began in early 1461. In the 19th century, the ice on that pond was used by the famous Pilsner brewery, too.

It's the main "natural outdoor" place for bathing and swimming of the Pilsner folks (the central beach for tourists had a nicely Belgian interwar name, Ostende, even during communism). I can say that during the recent decades, the water got incredibly clean – it used to be brown, not it's almost like the ocean in an exotic destinations. But a flip side is that people don't want to add "any water" which could compromise the clean character of the pond. Crayfish plague (imported from the rivers) has been named as a possible threat.

That is one simple reason why the pond was drying up; I guess that in the past, people weren't as cautious while redirecting water as we are now. About 1 meter of water is missing relatively to what I remember a decade or two ago. How much water is it? Well, the area is 530,000 squared meters so it's some 530,000 cubic meters of water (and that could be about 1/3 of the peak volume that the pond used to store). Proposals have been discussed to pump the water from groundwater sources, dirty river sources, and others.

Well, there exists a really nice alternative that I was trying to promote in recent months: tap water. It's perfectly clean, can be drunk by infants, the chlorine would surely evaporate before it could kill anyone (any desirable animal or plant) in the pond. How much would it cost? Well, it's simple.

In Pilsen, we pay CZK 100 ($4) for a cubic meter of (drinkable) tap water; yes, that's CZK 0.10 (half a penny or so) for a liter of water. Well, that's really CZK 60 for the water plus CZK 40 for the sewer rate. The latter would be absent if you were filling a pond (we only want the water to go in one direction). The maximum price is therefore CZK 60 per cubic meter. Multiply this by 530,000 cubic meters and you will get some CZK 32 million or some $1.3 million. That's it. The annual budget of Pilsen is some CZK 5 billion so this item would be a tiny fraction, about half a percent of an annual budget of the city. And decades of evaporation would be undone.

So I investigated both at the city hall and the water company and the water company actually has enough capacity to complete this job within a month or two! The numbers are rather simple. The average person in Pilsen – I suppose that infants are counted – consumes 0.1 cubic meters (100 liters) of water per average day. Multiply it by 170,000 and you will get 17,000 cubic meters. (Well, there are also nearby people who aren't strictly belonging to the 170,000 citizens of Pilsen but let's not discuss the countryside and details.)

The water company told me that they're only running at 1/2 of the capacity; they could instantly double the production of tap water. It means that at least (because Pilsner folks aren't the only folks) 17,000 cubic meters of tap water could go to the pond every day. 530,000 divided by 17,000 is 31 days or one month. You could slow it down a bit and fill the pond in two months. So in one or two months plus for $1.3 million, you could totally solve the problem of the disappeared water in the Great Bolevec Pond – while the added water would be the least objectionable that you could imagine.

Now, $1.3 million should really be an overestimate. The water company should be capable of producing the water more cheaply because it also reports some profit. On top of that, it could use the adjustable timing of this extra demand to make other flows more comfortable for the company. Also, we don't really need a perfect drink water. Some parts of the process could be omitted. The water company refuses to be flexible and it only wants to offer "one drink water" product. But with some pressure, you could make "other products" emerge, much cheaper "versions of water".

Even the full-blown drink water would only cost $1.3 million in the amounts that are sufficient to fill the Great Bolevec Pond. What's remarkable is that almost all the relevant people seem to agree that this is the best solution and it has no disadvantages whatsoever. But everyone is blaming someone else for making this option impossible. If you just "waste" tap water to fill a pond, isn't it the best example of "how we waste water"? Shouldn't the city hall be a role model and avoid such wasteful policies?

At some instinctive level, it looks like a wasteful policy. Filling 1/3 of the water in a pond by pumping tap water "looks" wasteful. But rationally speaking, this is the best example of saving water instead! By doubling the extraction of water from the "Four in One" rivers of Pilsen, we would prevent some of this water from getting to Germany where it just stupidly ends up in the North Sea (which is not drying up yet LOL).

I wrote that the citizens of Pilsen proper consume some 17,000 cubic meters per day. How does it compare with the rivers? Well, near the stadium of our famous FC Viktoria Pilsen, we have the confluence of Mže and Radbuza (the latter already includes the water from Úhlava) which create the Berounka River (which soon devours Úslava, the fourth Pilsner river).

So I think it's pretty much common sense – the conclusion of a very simple "mathematical" argument – that we (everyone in Czechia who has something to do with water management) simply need to increase the production of clean enough water in water companies and "waste" this water by filling ponds and similar reservoirs (perhaps new ones that we dig at many places, too). If you don't want the landscape to dry up, just pour water over it! ;-)

In the near future, old or new water companies should also create the "cheaper water product" that would be more appropriate for filling ponds and similar things.

Aside from the water managers and hydrologists working for Pilsen's city hall and the water company – everyone seems to agree that it's a great project – I am also trying to persuade the mayor of Pilsen and the Czech minister of environment. The potentially increasing drought is a problem that is rather cheaply and easily solvable – the main condition is that people will stop use the word "wasteful" for some activities that are actually saving water in Czechia!
Luboš Motl v 7:51 AM
Share