The Cultural Revolution in the U.S. has accelerated. Aside from the liquidation of statues including the presidents such as Wilson, Roosevelt, Jackson, and even Lincoln, the "revolutionaries" have abolished the flag of Mississippi, are planning to ban the U.S. anthem and the name of John Wayne from an airport in the Orange County, have erased some of the most famous images and labels on the U.S. food products, and performed an incredible new Stalinist surge on the big Internet servers. Similar and increasingly bad events are happening almost every day. 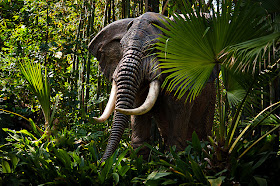 Just yesterday, within several hours, Reddit deleted the forum The Donald which had 1 million users who were rather essential for Trump's 2016 victory; Amazon-owned Twitch deleted Trump's own account (it's a server for posting conversations in the video format); and YouTube has banned Stefan Molyneux, a prominent Canadian centrist philosopher who had 1 million subscribers and 650 million views, aside from many others. In fact, the number of banned YouTube accounts was 20,000 just yesterday; it is clearly in the Stalin's category.

As far as I can say, these brutal and one-sided interventions into the free debate are already enough for Donald Trump to justifiably refuse to admit defeat in the November elections in the (unlikely) scenario that he gets fewer votes than his opponent; the U.S. elections are already rigged against Trump at this point, rigged more than in any third-world banana republic I can think of right now.

I should be clearer: I think it is a right and responsible decision for Trump to refuse to admit defeat in such scenarios, both because of the rigged character of the elections and because of the absolute mayhem that the unhinged left is almost guaranteed to kickstart if it takes over the White House.

Needless to say, Joe Biden is just an irrelevant demented puppet and the real power would immediately be grabbed by someone much more radical, much less an ordinary sleeping grandpa. In fact, if these far left lunatics were at least slightly internally consistent and ethical, they would cancel Joe Biden well before Woodrow Wilson and others: in 1977, Joe Biden defended segregation by saying that he didn't want his kids to grow up in a racial jungle (so I chose a Biden-related image for this text). But we know and they know that it's not Biden who is actually running so he gets an exemption from the witch hunt by the disgusting hypocritical leftist creatures.

Back in 1938, Adolf Hitler persuaded the Britons that he was a Gentleman and that the Germans in Czechoslovakia were discriminated against – which was a complete Nazi lie, just like the lies about the discrimination of blacks today: the German minority in Czechoslovakia was the most amazingly treated and thriving German minority in the world history (surely by GDP, the numbers of schools, published books, and lawmakers per capita). Neville Chamberlain signed the Munich Treaty, "the peace for our time".

Everyone in Czechoslovakia – which had been vigorously competing in arms races since the early 1930s, to become an important enough part of a broader anti-Nazi coliation – knew that it was complete nonsense and Chamberlain was clueless about politics. Instead of preserving peace, Chamberlain signed a clear plan towards a big war. Hitler himself was shocked that he got the Sudetenland for free. His industrial and military capacities increased by some 5-10%, the non-fascists dropped by 5-10%. More importantly, the rest of Czechia became indefensible (and demoralized, with a heavily increased self-confidence of pro-Nazi PC scum) and was unsurprisingly invaded half a year later, adding another 10-15% to the strength of Germany and removing 10-15% from the strength of likely foes of Germany. Between Fall 1938 and Fall 1939, he increased his relative power so much that (given his previously stated dreams) it would have been rather bizarre not to invade Poland and/or do other things that he was doing.

About 85 million lives were ended because of the Second World War. Germany was largely winning up to 1942 when it started to lose.

I find it obvious that the Nazis were way more tolerant – at least towards "sufficiently ordinary people who live sufficiently normal lives" – than the extreme leftists are today. They did lots of terrible things but those were already acts "during the war" when brutalities become more ordinary than they are in the peaceful times. I am rather certain that the BLM-like loons would do worse things than the Nazis if they could.

Now, I am ready to accept the possibility that a big percentage of the American society is OK with this ongoing self-destruction. As a society, you have the right to commit suicide. I still think you don't have the right to do the nasty things to the individual Americans who know better – but I may say it's not the job of foreigners like me to intervene into such affairs. However, the far left loons would also take over (some of the most important servers in the world plus) the world's most powerful military with lots of nice gadgets and 3,800 nuclear warheads – and they wouldn't surrender their desire to impose their sick ideas about the society on other countries, too.

You may perhaps possess the moral right to collectively destroy everything that America has (and your ancestors have) stood for since 1776; but you don't have the right to do it elsewhere. 98% of citizens in nations like mine stand clearly enough against the ongoing far left lunacy in the U.S. Our basic rights and traditions are way more important for us than a bunch of lives of the rogue people. If someone (probably not just our army!) could remove the threat of several (or many more) years of a brutal BLM-like transformation of the world by ending the lives of a small number of people, like 100,000, most of us would probably root for such a solution.

The real reason is that the situation looks much more serious than that. It looks similar to 1938, indeed. The self-confidence that some really nasty people have gained seems even higher than the Nazis' self-confidence in 1938; and their (BLM's...) respect for the existing values and rules of the Western society seems much weaker than the Nazis'. One could claim the Nazis were a "relatively modest mutation" of the efforts to build a glorious Western society that were taking place for a millennium. It can't be said about the contemporary U.S. leftists.

Those are much more similar to Mao and his cultural revolution. It has led to the destruction of the traditional Chinese values and something like 20 million deaths. While in this case, the American comrades could pretend to be racially superior relatively to Mao and his comrades, they are not. They look extremely similar and similar outcomes must be among the scenarios that we need to expect and be prepared for, too.

The expectation value of the number of casualties of the potential catastrophe connected with the leftists' 2020 victory is comparable to millions of lives, I think, so if one can guarantee that this scenario is avoided by seriously affectning 100,000 lives or something like that, he should still be credited for saving "roughly millions of lives". All responsible, decent people must start to think about a looming war-like conflict with the extreme left. These were my reasons why I consider Molyneux's calls for the "peace of our times" to be a dangerously naive, kitschy, Chamberlain-like nonsense. The events he dreams about seem impossible to me.

If the U.S. anthem is banned, here is my modest proposal for a replacement. Somewhat more seriously, we have been saying that the decay of the American society started in the 60s and I've said such a thing many times. But in recent weeks, I started to think that it was already in the 1860s because the wrong side may have won.

P.S.: I am obviously not the only one who warns about the analogy with Nazism of the 1930s. Independently of me, the same observations were made by Tomio Okamura, a vice-chairman of the Czech Parliament. A hardcore totalitarian regime is being prepared, he warns, aside from lots of other observations. In the video, he says that the activists are anti-white and anti-yellow racists who are pushing the U.S. towards a civil war and establish a globalist neo-Marxist regime etc.
Luboš Motl v 6:07 AM
Share