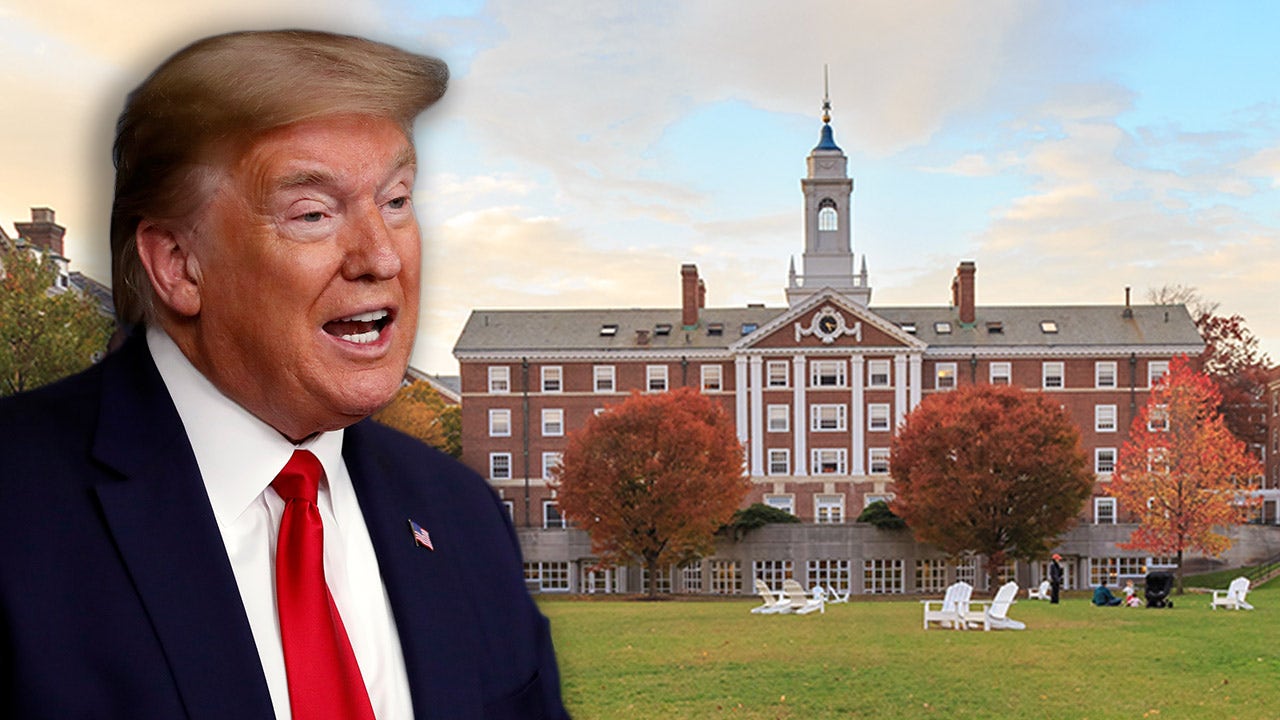 Harvard University is one of the most hardcore leftist places that want to cancel the in-person instruction entirely; all teaching and learning should be done online from the Fall. Donald Trump has rightfully pointed out that this decision is ridiculous, an easy way out for which they should be ashamed. Many other universities are "more moderate" and they prepare a hybrid system which is partly in-person, partly online.

More than 304,000 likes in 9 hours - among the strongest tweets for @realDonaldTrump in some time. Reopening schools is a powerful issue that crosses party lines. pic.twitter.com/JQY8MbEq5Q


Trump previously tweeted that the schools must open in the autumn. The tweet got over 300k "likes" which is unusually high even according to his standards. The desire to stop the hysteria and open the schools is almost certainly a "bipartisan cause". All pro-civilization people, including former voters of the Democrats, realize that the education is important, young people are pretty much completely resilient to Covid-19, and the benefits of the education vastly exceed the risks for the public health. And I strongly believe that the plan to remove the far left indoctrination from schools would also have a rather strong bipartisan support and Trump should add it as a visible part of his program.

It's been previously said that international students at the U.S. universities are likely to lose their F1 visas if the schools decide for an online-only system of learning, something that Harvard University seems to be willing to do. I had F1 as a Rutgers PhD student, too.

In principle, it's possible that the students could do all the learning remotely. So they don't need to be physically in the U.S. at all and they don't need the visas. This logic looks flawless; if someone still claims to need the visas, it basically proves that he is abusing the university to get to the U.S. which has other goals.

In practice, however, it won't happen that the online courses will become a full-fledged replacement of the contactful education system. The schools have turned into a giant system of indoctrination centers where (in an increasing fraction of the cases, possibly a majority by now) teachers don't really have to teach anything with substance. They just expect to be paid high enough salaries for free. Students don't have any duties, either. It is politically incorrect to expect the students to do anything. Both teachers and students are turning into a self-serving bunch of parasitic animals that are robbing the taxpayers and supporting the leftist parties and organizations to make it more likely that this system may continue and be increasingly comfortable.

The claim that a course has been moved online is an excellent method to get rid of pretty much any accountability. When you need to go to work (including the school, whether you're a student or a teacher), you still have to do at least some work. You must walk to the bus station or a car, ride or drive, and when you're already there, it would look strange if you were just sleeping for the whole day, so the conditions naturally push you towards doing at least something.

However, things are very different when some app running on your PC is supposed to replace your physical presence. You don't really have to do anything. Well, some people will still try to do what they did before, perhaps even more efficiently. But a great majority won't. If it is possible to get the confirmation "everything is OK even if one does nothing", then a majority will do nothing. Everyone who is unaware of this fact (or who denies it) is either a liar or he is unfamiliar with the complete basics of the human psyche.

Whether the teaching process could be done online isn't important; of course it could (although the transition hasn't taken place for decades before Covid-19 even though the technology was basically ready). The real problem is with the checks and balances and in the practical setups that exist, these checks are just absent. 80-90 percent of the parents whose kids were learning online during the coronavirus lockdowns have confirmed that the kids were doing basically nothing under this regime. Exactly the same comments apply to university courses and even seminars that should be attended mainly by adult researchers. For example, a week ago, Strings 2020 was organized as a Zoom-based virtual conference by some folks in Cape Town, South Africa. Hundreds of people were registered (and would be present in the hall during important enough talks if the conference were in-person); however, you could have watched that a much smaller number of people had their video running at every given moment. And it's very likely that a majority of them wasn't even listening to the video that was running somewhere. Some were but the amount of "byte-persons" of information that were transferred was much lower than during the proper in-person conferences.

It just doesn't work and if someone celebrates the new system and praises it, how wonderfully it works, he is almost certainly lying to your face. He just wants to get rid of any real duties and accountability – and keep all the advantages that he previously possessed. If taxpayers are contributing to this new system, they should realize that they're being robbed and what is paid from their money is a completely ridiculous farce.

If some schools don't plan to reopen the standard education process, they should lose all the support from their sponsors. If some teachers don't want to geometrically return to schools, they must be fired because they are simply refusing to do what used to be their job. If some students don't want to continue to go into schools, they must be kicked out of those schools, too. It's as simple as that. Everything else is just a method to turn the whole education systems into complete jokes. They were pretty much "almost ludicrous" before the Covid hysteria but this would be another level of the insanity.

You may check The Harvard Crimson. Five most read stories are about the "dedensification of the campus [to 40%]" in the autumn and you may see that lots of students are really, really upset. Given the clear partisan differences in the views on the quarantine, a majority of these students may very well turn out to be Trump voters in five months.
Luboš Motl v 11:45 AM
Share