Klaus: stuck in the coronavirus loop

By Václav Klaus, second president of the Czech Republic 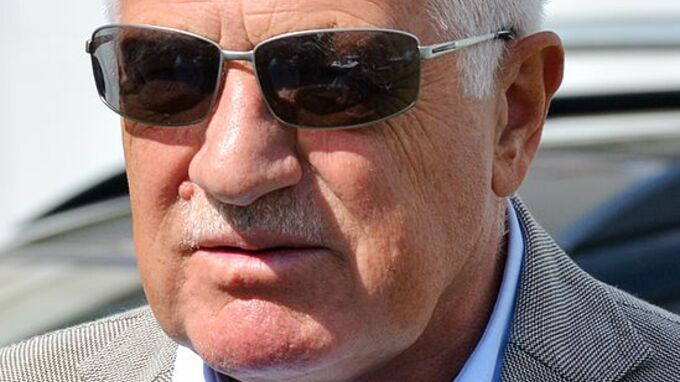 The Covid hysteria is culminating. The words "coronavirus" and "Covid" have conquered the news media once again. But it is no second wave of the disease that rules (the disease has no waves) but the second wave of the alarming news which has been scheduled by the fearmongers for a long time in advance. Is Covid-19 a mere disease? Or is it an instrument designed to transform the society?

News about this disease are being published and presented to the public without the appropriate context (without emphasizing the key dependence of the number of the so-called infected people on the number of tests, without distinguishing the patients with the disease according to its strength, without a quality analysis of the actual cause of death) and without the conversion of the numbers in which we are drowning to a comensurable basis.

Most of the news stories are therefore insufficiently relevant. The number of infected people e.g. in Russia may look terrifying but if we divide it by 14, it is far fewer than in the Czech Republic whose population is 14 times smaller. The numbers from India should be divided by 140 because that is the Indian-Czech population ratio. We were reminding the writers of the need to express the data relatively to the population from Day One; unfortunately, not much has changed.

In the minds of many people who are passively consuming the news, complete chaos and havoc is being created. People who are more psychologically unstable, whose health is more vulnerable, who are older, and who are lonelier cannot deal with it. Are these news stories released in a targeted fashion, or do they reflect the irresponsibility (or not thinking about the consequences of the news) or the self-igniting chaotic character of the statements that have already been made? Are they a mere publication of sensational (sufficiently dramatically looking) news at any cost? Do the journalists look for a bombshell story which may become bestselling? Or is it just the emptiness and the irresponsibility of the media?

And it is not just the media. Aren't we also seeing the emptiness and irresponsibility of the politicians and their aides who must show themselves up on the TV screens, whatever it costs? We, including those of us who have a political experience, have been trying to justify the politicians' behavior – because they were overwhelmed and scared and that is why their policymaking was chaotic. But that was the appropriate verdict only in March 2020. Already in April, it was unacceptable. And sadly, this condition continues through the end of September 2020.

By their previous assertions, the politicians are exerting pressure on themselves. A vicious circle has been created. They have inflicted an "infinite loop" in which they are stuck upon themselves and they don't know how to jump out of it. They are maneuvering themselves into a trap and it seems impossible to drag out of it.

The world of medicine is playing its own role in these processes. Even that occupation is divided to its "activists" on one side and the "practicians" who are bound to Earth. The former have extremely quickly turned into public celebrities whose drums sound the alarm and who love this job of theirs. Normal doctors are patiently working with their patients but they are annoyed by that alarm. It has become fashionable to test and trace (which is another huge chance for the IT world to become our overlord). The testing venues are running out of capacity, the adored face masks are being put on and off according to illogical and permanently changing rules, otherwise mundane social activities are being canceled (an increasing number of schools have been shut down, air transportation and the travel industry were liquidated, whole economically relevant industries and sectors are ending, and so on). It seems that soon or later, all of us end up in the quarantine that is being triumphally called "smart".

We are not asking the non-pandemic questions loudly enough and we are failing even more in the answers to these questions. No one has unequivocally posed the question whether a democratic government has the right to introduce the "smart" quarantine (and the states of emergency). Many of us would like many questions about the smart quarantine; the difference between the useful (if not vitally important) tracing and eavesdropping or spying on the citizens hasn't been persuasively argued.

What remained completely unexplained was the adequacy of the so-called smart quarantine model for the vaguely defined Covid-19 disease which is not easily distinguished fom the regular flu which will become even more important in the autumn. It seems that the whole smart quarantine is built upon a conceptual blunder.

In the same way, the public hasn't been sufficiently explained what is the difference between the SARS-CoV-2 coronavirus (and its possible presence in one or another human body) and the actual Covid-19 disease. Most people seem to think that they are the same things. Some doctors are shily saying that these are two different things but their voice is overshadowed by the noise of alarmist news.

Covid has proven that even diseases are subjects to fashion. Other diseases have apparently disappeared in 2020, only Covid is being diagnosed and cured, even if there are no drugs and pills directly designed to treat it. As recently as a week ago, only 1-2 people were dying (and it was "with Covid", usually not "due to Covid") while the average number of daily deaths in Czechia is about 300 – but these deaths don't seem to be a problem for anyone who is seen in public.

If we continue along this path, there won't be any good solution and there won't be any happy end. Let us stop playing political games revolving around these serious matters. Let us separate the essence of this disease which has a mild (flu-like) course for most people from the abusing of the anti-pandemic policies for the radical rearrangement of our society.

Let us abandon the habit to label the maximization of bans, of compulsory face masks, of tracing, and of the creation of fear and hysteria as the heydey of the responsibility. These things are often just a manifestation of the politicians' opportunism and cowardliness. Let us separate our lack of faith – which has been rooted in our nation from the communist times – in the government from the justifiable criticisms of particular moves designed to counter the epidemics.