The mistaken tolerance of a gigantic debt 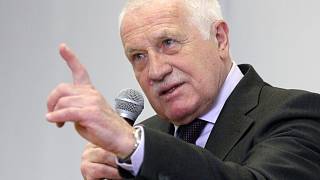 The classic economics textbook view says – and it has been accepted for centuries – that the government's budget deficit is evil and irresponsible. It's also true that the larger the deficit is, the more evil it becomes. This is where an economist may stop and perhaps admit that exceptions such as wars may exist. But we need to remember that wars typically cause a complete financial havoc and tend to produce high inflation rates that are ruining the financial systems. In many cases, a political and societal breakdown follows, too.

In the modern world, especially after the Second World War, the countries' governments are frequently piling up their debt, by running budget deficits, even in the absence of wars. The comment that a deficit is a debt that will have to be repaid by someone in the future is a trivial assertion. But a problem begins here and right away.

1. Covid-19 is neither a world war nor a civil war. Is this strange disease a sufficient reason for the creation of a public deficit of a previously unknown magnitude? An economist's answer is unambiguous: no, it is not. This epidemic has ignited a supply shock that was strengthened by the lockdown of the economy ordered by the government. Because the government has stopped much of the economy, it is financing it (nonsensically irresponsibly and – because it is paid from other people's wallets – inadequately generously). And it's taking place despite the fact that the suspension of the economic activities decreases the government's tax revenue. A vicious circle is starting to feed on itself.

2. Economic subjects – individuals, families, companies (and also the government) – have less money at their disposal and they should adapt to this fact. Is the contemporary pampered society capable of this adjustment? Hasn't it embraced the idea that these old rules no longer hold? Hasn't it turned to a society of entitlements? Didn't it experience such an increase – which has been taking place for a long time and was increasingly defended by the politicians – of the welfare payments that broke the bond between performance – compensation – consumption, i.e. relationships that the human society is built upon? Hasn't this disappearance of the links been unmasked exactly by this ongoing epidemic?

3. The whole modern banking system is built on the facts that some people are saving and others are borrowing. Individual people may do mistakes but they are still perceiving the long-term perspective of their life. They know that they will have the obligation to repay the debt or that the duty will be transferred to their descendants. This insight also applies to a rationally acting company with a well-defined ownership structure. However, it doesn't apply to a country's government.

A government isn't a subject that is behaving along these lines. An emir of Kuwait may – because of his dynasty's longevity – adopt this reasoning. A Chinese communist leader may actually think in this way as well, even he has a long-term certainty about his political position – although the reasons are substantially different in this case. However, a democratic politician lives within a four-year-long political cycle and – even if he is a highly ordered person (when it comes to dealing with his or her personal money) – it is unavoidable that his thinking about the public finances is a myopic, short-term thinking. He can only see up to the next elections.

4. Unfortunately, the classic economics reasoning was challenged by John Maynard Keynes in the 1930s. The Great Depression of his epoch was interpreted by him in terms of the demand (as a deficit of the aggregate demand), and that is why he demanded for the deficit to be balanced by the government's own demand i.e. by the increase of the public debt. From that moment, the governments have displayed the tendency to consider every crisis to be a demand-driven crisis and therefore a reason to throw lots of money and to pile the public deficits. The coronavirus crisis isn't caused by the demand (it is not demand-driven), however. The ongoing crisis is not a reason to provide Ms Maláčová [a Czech hardcore left-wing minister that Klaus really dislikes] with an unlimited platinum credit card.

5. The lockdown of the economy means that the economic output of our country (measured e.g. by the GDP) is lower. We must accept this fact – we possess a smaller bag of money for our spending, investments, and the government's expenses in 2020 relatively to what we had in 2019. It means that we must adapt and change ourselves and our behavior. Or we must live from our savings. Or we must intelligently borrow and create our individual debt. In the early 1990s, my name was – erroneously – connected with "tightening the belts" but I was only insisting on the thesis that we had to live in agreement with our economic strength, not beyond our means. I wasn't promising any larger, looser belts. Right now, everyone (or at least a majority) simply must fasten his belt, however. But it's especially important for the government and some of its members to fasten the belt.

6. We are living in the epoch when the so-called precautionary principle is often emphasized. We are protecting ourselves against global warming – which doesn't seem to threaten us – but it could, couldn't it? We are putting on not so efficient face masks that are known to allow the SARS-CoV-2 coronavirus to penetrate them. We are being forced to wear helmets as skiers and cyclists even though we could have lived without helmets in the past. Many of us know that the helmets of these kinds are weakening our vigilance and alertnes to the speed on skis and bikes and that is why they tend to increase (and not decrease) the risk of an injury.

On the contrary, what is missing is the promotion of the caution, carefulness, or the precautionary principle when it comes to the management of the money (and people's own income). How is it possible that so many people are living without financial reserves? It is far worse than the absence of a ski helmet. Our government is lacking the budget caution, too.

Let us return to classical economics that has taught that the government's budget deficit is an evil and a historically frequent reason to replace the government with a new one. If a new one is available at all.