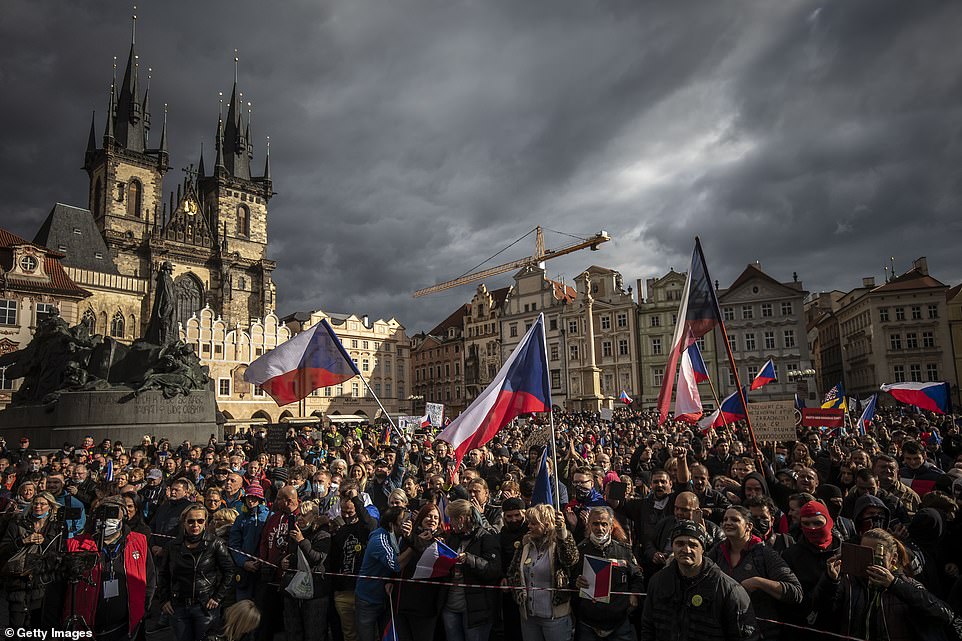 The Sunday October 18th 2020 demonstration at the Prague's Old Town Square was a civil protest against the government's anti-coronavirus policies. Most participants were regular citizens of various ages and occupations that represented groups across the whole society. The meeting didn't depend on any internationalist professional troublemakers who are recently making up a significant fraction of all Old Town Square demonstrations.

We interpret the Sunday rally as a proof that a part of the citizens disagrees with the enforcement of the nationwide restritions and that feels a moral duty to resist the continuing graduation of their degree of restrictiveness. If the main purpose of the demonstration was to express attitudes through which some citizens reject new and irresponsible government's liquidation of societal and interpersonal activities, of our economy, of the healthcare, of the education system, if the purpose was also the resistance towards this form of the liquidation of our state by the blind subordination of our country to orders by supernational institutions, and if the fundamental aim was to defend the freedom to live according to one's decisions, without the government's dirigism, then we endorse and support the intents and goals of this demonstration.

We want to remind everyone and emphasize that skirmishes of the soccer fans with the riot police, which we find impossible to agree with, only followed after the demonstration ended and was properly and officially dissolved. In spite of that, pictures from these street battles immediately filled the media with the goal of intentionally cover the essence of the civil protest on one side, and to create an unfavorable image of the "critics of face masks" in the eyes of the rest of our society. We vigorously protest against this kind of a manipulation.

If the character assassination of anybody who doesn't uncritically agree with the decisions of Sirs Prymula, Hamáček, or Babiš, should have been the goal of the whole police intervention and its framing, then we cannot even ignore the speculations about the provoking of the violent encounters by the police itself. An argument supporting these ideas is that the streets going to the Old Town Square were already blocked before the properly registered demonstration began and this blocking has made it difficult even for regular participants to leave the event.

The Czech political sphere – the government as well as the opposition – has reduced the civil protest at the Old Town Square to a physical conflict between the soccer hooligans and the Police of the Czech Republic. They have completely avoided the interpretation of the causes that led a part of the citizens to feel the urge to protest against the government-organized restriction of our freedoms, the suspension of the social life, the disintegration of the public finances and of the education system. Such a political cowardliness exhibited by both government and opposition politicians no longer surprises us.