A Trumpless White House could hugely damage the geopolitical conditions

The left-wing media including Fox decided to name Biden as the winner even though the presidential contest will enter another stage, perhaps a more important one, tomorrow. Because they seem to believe that the election can't be taken from them anymore, some predictions have materialized. Lots of people have predicted that the SARS-CoV-2 virus would disappear from the left-wing media once Trump is removed. Open cnn.com and there is no Covid on the first two pages of that website! Fact-checked: true. 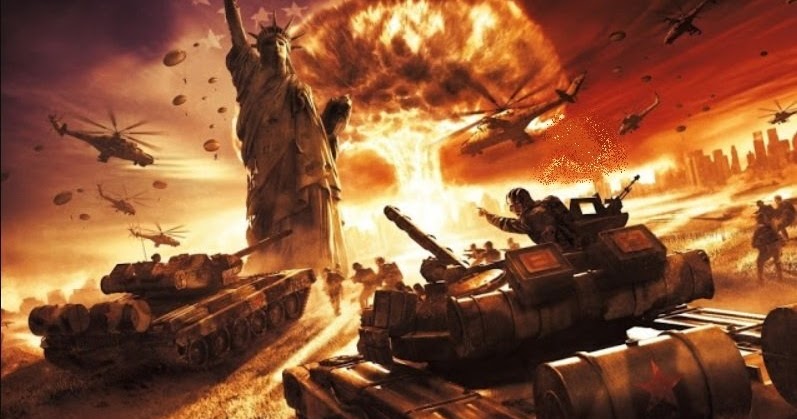 Suddenly, celebrations of the likely decline of the U.S. – economic, mental, and moral decline, not to mention the relative decline of the U.S. stocks and the U.S. dollar which is expected by experts as well as me – are no longer painted as superspreader events. These individuals in CNN, Fox (except for Sean, Laura, Tucker, Judge Jeanne, and a few others) and similar organizations only confirm that they're exactly the dishonest, deceitful, vicious, manipulative, quasihuman jerks that many of us have identified inside them a few years ago.

Joe Biden has adopted a nice image. For some reasons, he hasn't denounced AOC, often considered the most important member of the U.S. Democratic Party, who started to assemble lists of Trump supporters for the Gulag. We don't really know who will control Joe Biden who is self-evidently a puppet and unable to distinguish his dead son from his granddaughters. Will it be more moderate people like John Kasich; or loons like AOC? Physical fights between these two types of leftists are apparently getting started.

But make no mistake about it. Even though reasonable people could have found various partial reasons to criticize him, Trump has greatly improved not only the United States of America but the rest of the world, too. Unlike his predecessor, a winner of the Peace Nobel Prize who has destroyed a dozen of countries including Ukraine, Syria, and Libya, Trump hasn't started any frustrating wars. Instead, he has brokered an amazing peace/normalization treaty between Israel on one side; and the Emirates, Bahrain, and Sudan (so far) on the other side.

In Western Europe that is as heavily brainwashed by the far left propaganda as North America and the rest of the Anglo-Saxon world, about 80% of the public rooted for Biden. In Moscow, 70% rooted for Trump. In Czechia, it is somewhere in between. Similar polls that cover all cohorts end up with a 50-to-50 results. However, his views about the nation state, migration, perhaps the climate etc. are echoed by much more than 90% of Czechs. Czechs are pretty much a Trump nation, not only because we conceived Trump's first wife, an emancipated matriarch Ivana who gave birth to his three kids.

If Biden-Harris happened to take the White House, we could hear some nice words that would be hiding some absolutely scandalous, and often cruel, events. Joe Biden has already announced that he wants to rejoin the totally insane Paris (climate) accord – and to "transition away from the fossil fuels" – a devastating depopulation plan built on atrocious pseudoscience. He wants to give the official White House backing to the anti-white racism which is likely to make Ku Klux Klan look like the nicest and most relaxed friends of ours. And, skipping several other far left causes, the Trumpless administration would be likely to restart the propagation of wars and colorful revolutions across the world.

The current prime minister of the most politically correct Slavic nation in the world, Slovenia, is ironically a Viktor Orbán's soulmate and he has already congratulated Trump to his reelection. We will see whether Biden, if he is chosen as the president of the United States, will have the decency to abolish the humanitarian bombardment for that gesture. While this is a funny curiosity, there are many nations that are at serious risk.

It seems very likely to me that the new Democratic Party-controlled White House would rejoin the Islamic terrorists as a powerful ally and this newly rogue superpower would start to undermine Israel once again, just like the Obama-Biden-Hillary did. Equally seriously, the new U.S. administration would probably help the Islamic terrorists to destroy several other countries, starting with Egypt, currently the most stable and promising country of North Africa and the most populous Arab country in the world.

All decent people in the world have developed a certain kind of love and admiration for Donald Trump but some politicians have gone further than others in that respect. These politicians and their nations may be in trouble during a hypothetical Biden's tenure. In particular, Viktor Orbán is a great ally of Trump's (although he is getting ready for Biden as well). Hungary and Poland are being harassed by totally unfair, unelected apparatchiks and psychopaths in Brussels for the alleged violations of the rule of law etc. Almost all these accusations are bogus. With an EU-like White House, these attacks against Hungary and Poland could double, and with some positive feedbacks, they could triple, quadruple, or become lethal for these two democracies.

Biden has already declared his desire to ignite a colorful revolution in Belarus, remove Lukashenko, and bring Belarus to her knees. Note that despite the sanctions, Belarus' economy is doing much better than Ukraine's economy that was "improved" by the "friends" such as Obama, Biden, Hillary, and Victoria Nuland. Too bad, Trump has been too nice so far and he hasn't transferred any of these nasty people to a jail so far (he still has 2 or 50 months to do so). An incredible aspect of these hostilities is the fact that Lukashenko is being criticized for a possible voter fraud. Much more evidence in favor of the voter fraud exists in the U.S. than in Belarus.

Trump has never picked Lukashenko as a real friend but Lukashenko, Orbán, and Bolsonaro would face similar situations, and so would their countries. While Orbán has used the Covid hysteria to temporarily strengthen his control over the country, Bolsonaro and Lukashenko were the two world leaders who made the right decision to avoid lockdowns in the times of the Covid hysteria (in Sweden, the decision was made by an epidemiologist, not a politician; in Brazil; the decision was partly neutralized by hysterical regional politicians). You can check that Belarus belongs among the countries with the lowest number of Covid-related deaths per million people in Europe. In Latin America, Brazil already has fewer such deaths per million than Ecuador, Peru, Bolivia, and Chile while Argentina will surpass Brazil soon.

So for these and other reasons, lots of countries will have to be afraid of bullying by a larger country – Israel, Belarus, Hungary, Poland, and Brazil. Russia which was naturally pro-Trump and that placed Trump into the White House, according the left-wing "media" psychopaths, was silent during the recent U.S. elections. Putin didn't defend his subordinate Trump. Some resources say that he is equally ready for a Biden administration and might even prefer it for some reasons, e.g. its higher predictability.

But I surely tend to agree with those who say that a Biden administration would be rather likely to be a huge problem for Russia, the world's #1 nuclear superpower with 6,800 nuclear warheads. The bullying and sanctions – for no justifiable reasons whatsoever, except for these nasty U.S. people's Russophobia which is exactly equivalent to the Nazis' anti-Semitism – could escalate. Russia could even be disconnected from the SWIFT payment system, some suggested. China is different and the Biden family is partly owned by the Chinese Communist Party and a Chinese company. It might mean that the Sino-Russian relationships could deteriorate, too. But of course, Venezuela and its Maduro are celebrating like no one else because their full-blown Marxist comrades may soon take over the largest country in the world. For decades, America has wisely spent tens of billions to bombard this Bolshevik trash in Latin America but now it may be spoiled by the same cancer from inside.

Fine, I think that a person who is actively looking forward to a world with Trump's opponent in the White House is either extremely evil; or extremely dumb; or both. And Christmas 2020 may very well be the last Christmas when the U.S. president brings Kevin home to his mother.
Luboš Motl v 12:02 PM
Share