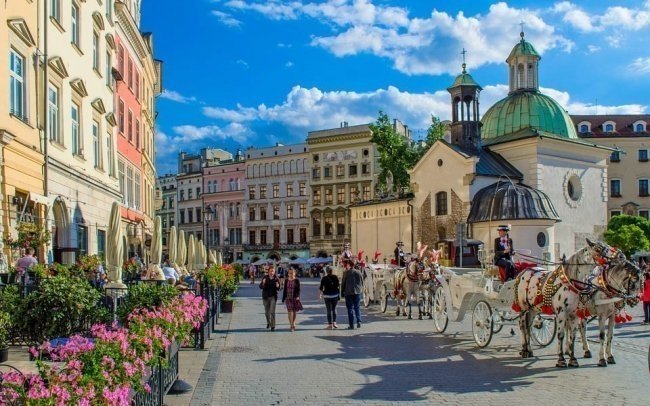 Two weeks ago, I praised Hungary for its protection of the European value and the traditional family and sexual identity rules in particular. Well, the other European country that actually cares about what the West used to symbolize is preparing something impressive, too:

Zbigniew Ziobro, the minister of justice, is preparing the law. A new fully online appeal court should be created. If the likes of Facebook, Twitter... remove your content or account and you think that what you wrote was legal, you may appeal. The posting or account will be restored or... the company will face a €1.8 million fine.

Václav Klaus Jr was preparing a similar law in 2019. It's a great idea but it must be executed well so that it doesn't have the opposite effect. The law must really apply to the servers that have a desire to be platforms for everyone, not for websites run by small groups. I hope that they understand it. Klaus' edition applied to every company where more than 1% of the nation may post as registered users which is sensible.

The U.S. First Amendment is the world's most famous law protecting free speech and Americans often boast about their perfect freedom but this bragging is utterly undeserved, as the current situation makes clear. In the U.S., as we are experiencing, lots of extremely powerful players, huge corporations, and their cartels (and a loose union with one political party) – which increasingly act as the de facto government – may totally cripple all Americans' free speech and one may argue that it doesn't contradict the First Amendment. Only "the government" is a rather narrow sense (a de iure government) is prohibited from ruining the citizens' freedom of speech in the U.S. That's an extremely weak rule because the de facto government, when it starts to be really devastating for the Western values, usually chooses not to call itself the government during the transition period to the new totalitarian regime.

In Poland, the constitution is worded in such a way that it requires the government to be active when the citizens' freedom of expression is being suppressed. So it is the Polish government's duty to act against far left Silicon Valley fascist aßholes and their nasty coalition of psychiatrically defective Scandinavian teenagers, Marxist EU apparatchiks, feminists, transsexual activists, and similar evil, aggressive trash. Note that in the U.S., the de iure government is just ordered to be passive in a certain way which is much easier for the de iure government to execute.

[General Jan Henryk] Dąbrowski March (about a Polish commander in Italy), the Polish anthem, was later recycled as the pan-Slavic anthem, Yugoslav anthem, and the anthem of the wartime Slovakia, too.

You may see that there exist some... disagreements within the EU about rather fundamental issues because the EU apparatchiks and numerous allied, mostly Western European, governments are preparing pretty much the opposite step: a full-blown attack on the freedom of expression of everyone who knows something inconvenient for the left-wing fascists. According to these neo-Marxist governments' planned bill, the Silicon Valley server will be obliged to censor everything that the most far left unhinged group finds inconvenient. I am not sure how they will pick who is the actual most far left unhinged group (who holds the actual power in these whole countries), but let us not discuss detailed glitches. If the Polish law is approved, the disagreements are likely to strengthen.

Preliminary congratulations to our half-brothers. I would love my country to follow the suit but the colorless opportunist Czech politicians don't give me much hope about their loyalty to the European values (and to the Visegrád Group).