A few days ago, I translated the letter from the Czech ex-president Klaus to the current minister of health which protested against Klaus' being cited as a "source of misinformation" on a ministry web page (authored by a private propaganda company and a Russophobic group at the ministry of interior).

Klaus appears as a target of a nasty sentence along with Prof Jiří Beran whose analogous letter to the minister is an even better example of the Coronazis' disrespect for the freedom of speech and for the highest quality science.

I admire Beran not only for his great achievements in epidemiology and related fields (which are mentioned below) but also for his amazing rhetorical skills and refined Czech. So here is the translation of... 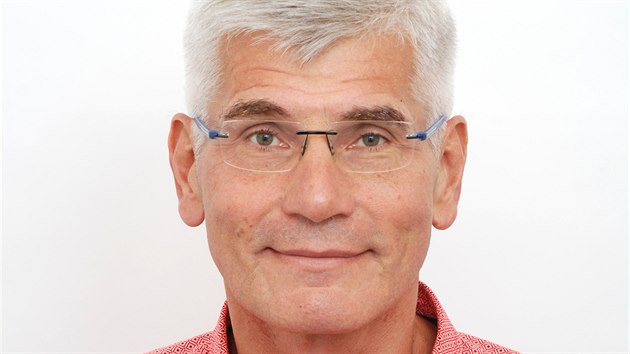 Jiří Beran's letter to the minister of health Jan Blatný

we have never met so let me introduce myself and say several words about me.

For many years, I have taught epidemiology at several (university) schools of medicine. My scientific articles have been dedicated to the epidemiology of acute respiratory diseases, vaccination against infectious diseases, especially dangerous diseases, and tropical illnesses. I am an author of 8 monographs which have been awarded by medical societies or e.g. the Presidium of the Czech Medical Association as the best publications and which have been published in 30,000 copies in total. My lexicon of vaccination was once the bestselling medical book in Slovakia. I am an author of many foreign publications, my SCI is 3300, h-index is 30, and my i-index is 62. [LM: See also Google Scholar.] Every day, I collect about two more citations abroad. In the field of diagnostics, prevention, and vaccination against flu, I belong among the most cited authors in Europe and the U.S., especially due to my innovative approach to the organization of effective and efficient studies in the field of vaccination.

But I am also a practical physician who has led highly praised projects such as the Serum Bank of the Army of the Czech Republic which has protected the health of Czech soldiers who serve abroad for 20 years. I am the author of the International Vaccination ID which has been used by the Czech citizens for 15 years and which is also exploited by Slovak citizens through a license deal now.

I am convinced that in the Czech Republic, there exists no comparable expert in the field of epidemiology who would combine the practical work in the terrain, the work of a university instructor, researcher, as well as a rank-and-file physician and who would dedicate his time to the real practical work instead of managerial and political positions in the government bodies. During the recent 19 years, I am primarily a self-employed person (OSVČ) and I am proud about the fact that my greatest scientific successes and the publication of my monographs mostly occurred during that time.

In this way, I have proven that good work can be done outside the Academy of Sciences. It can be done by a simple, hard-working doctor and the rewards from abroad are guaranteed to arrive.

That is why I was hurt when I saw my name on the pages of your ministry in the category "well-known personalities often promote misinformation". I find it inappropriate to connect my name, Covid-19, and misinformation. I am an internationally respected expert and certainly in the eyes of my foreign colleagues who use and refer to my work, I am no misinformer.

I would like to ask you as the minister of health and as a colleague to order the deletion of my name from that web because it hurts the dignity of mine as well as yours. I am an internationally renowned expert in epidemiology with the best erudition in the Czech Republic and I surely don't deserve the label of a misinformer for the presentation of my opinions.

Today, I also read your statement about the whole situation and I found that statement unfortunate.

"It is a pledge to persuade many who are considered role models by many citizens to focus on the ideal goal and become great examples by kicking the weapons from the hands of those who are producing misinformation built upon the example of the famous people," the minister Blatný described his efforts.

I think that given the work that I have done for the good name of Czech medicine in the world, I surely don't deserve a similar connection of my name with misinformation.

With friendly greetings and wishes of all the best,
Prof MUDr Jiří Beran, CSc.