At Twitter, PartTimeRacer has informed me about the essay (at "Common Sense With Bari Weiss", a brand that hasn't built name recognition with me so far)

There Is No Such Thing as "White" Math

by Sergiu Klainerman, a Romania-born Jewish male mathematics professor at Princeton. (Here we do try to maximize the information that readers might find important, and given the sociological focus of these discussions, rightfully so.) I have mentioned his name four months ago. 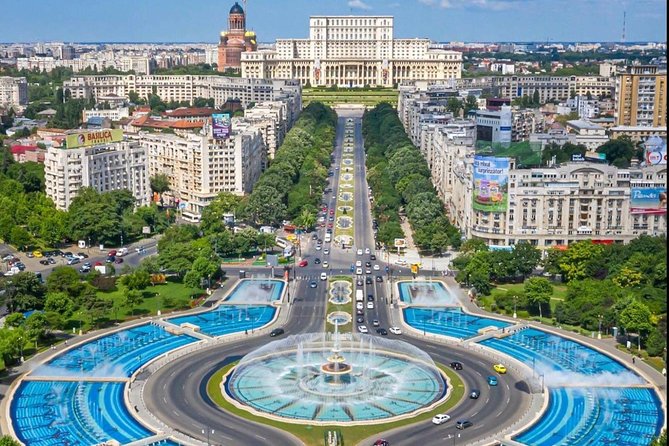 Klainerman is introduced as someone who left the Soviet bloc and who could do wonderful things in the U.S., partly because mathematics is a great equalizer. The solid method to look for the right and (to eliminate) wrong answers is universal across cultures, the beef of mathematics doesn't depend on the white race or any other group of humans in any way. Well, Klainerman is still PC in the sense that he likes to "assume" that mathematics skills are universal across cultures etc.

As you know, I would have some trouble to even "assume" such things for a longer period of time. I admire the work and skills of ancient Chinese and Egyptian and Mesopotamiam, medieval Arab and Persian, ... and other mathematicians but because mathematics only got "extremely serious" and producing lots of deep stuff a few centuries ago, the all time dominant nations are those that did it in these recent centuries which as especially whites with a clear overrepresentation of Ashkenazi Jews. By the founders of mathematics of the recent centuries, I mean guys like Gauss, Euler, Riemann, Jacobi, Cardan, Lagrange, Hilbert, von Neumann, Grothendieck, ... and some occasional Ramanujan and folks from similar places. ;-)

And mathematicians have been predominantly men. Like all other people who aren't brain-dead SJWs or their spineless puppets, I have been accused of male chauvinism and other things. But you know, I have spent many evenings while drinking expensive wine with 100% of the female winners of the Fields Medal, the old-fashioned "Nobel Prize for mathematics", before she was a winner; and the percentage is at most 2-3% for the male winners of the same medal. Well, Maryam Mirzakhani didn't drink too much but my memory wouldn't go too far to claim that she avoided ethanol. But I have practiced a 50-to-1 affirmative action in supporting female mathematicians by working as their wine companions which has undoubtedly helped them to earn the Fields Medal because "in vino veritas".

Overwhelmingly, mathematics is still a man's game and the female traits seem more harmful than helpful. Such traits include breasts and sadly, Maryam was diagnosed with breast cancer in 2013 which spread to her bones and liver, and she died, aged 40 years and 2 months, a truly premature death, indeed.

Back to Klainerman's article. He says that the SJW awokening is "soft" because it's not killing the people, as communism did. It is "only" crippling their careers, bank accounts, and acceptance by the society, especially by the institutions that the toxic SJW dirt has thoroughly contaminated (my words). Well, I would add, "so far" they're not killing the people. But you know, in Czechoslovakia which became a truly close ally of Stalin in 1948, we "only" saw some 200+ politically motivated executions by the communisms. Only 1 of them was female, Dr Milada Horáková, and virtually all of them took place around 1950.

On the other hand, it is perfectly possible that the number of great careers that have been killed or almost entirely killed by the SJWs already matches the Czechoslovak communism numbers. At least, I believe this to be the case in mathematics. Maybe this comparison is unrealistic outside mathematics – even after the 1968 Warsaw Pact occupation of Czechoslovakia, the purges were intense. The people connected with the Prague Spring democratization and liberalization "had to go" almost everywhere and it was quite an army.

Klainerman says that while the SJWs are soft, their action is more harmful for science and mathematics. He has thought that mathematics was immune to the SJW insanities but from the last summer, he changed his mind and this garbage is spreading even in mathematics. OK, I find this timing comment unrealistic. Although their rise was gradual, the SJWism has been active (and personally threatening to many people) in mathematics and hard science departments of the U.S. universities at least for a decade, and I've been covering these activities during these recent years. Maybe his different idea about the timing boils down to his smaller sensitivity about these matters, relatively to my sensitivity. But has he heard of Strumia, Particles for Justice, and tons of related things? These witch hunts surely didn't start in Summer 2020.

Klainerman correctly says that in communism, mathematics and hard sciences were safer. Communists, like heirs of Marx, at least pretended that they worshiped mathematics and sciences (Marxism was the "scientific" political ideology and it was all about the dialectical materialism, they basically claimed to extend the hard methods of mathematics and science to politics – this extension claims were junk, of course, but the original respect for mathematics and sciences was sensible), and to some extent, the communists' support for mathematics and hard sciences was genuine. Natural sciences were sometimes distorted for "doctrinal reasons". So genetics was a dity word in the Soviet Union when Stalin befriended Lysenko. For a while, there has been a Marxist opposition to the Big Bang and to quantum mechanics – although I do think that the insane anti-quantum pseudoscience only started to be spread by the "new left", not so much by the conventional old "Marxist left", despite the fact that lots of Marx's and Lenin's statements directly contradict quantum mechanics. Of course, none of these leftist philosophers could predict any future paradigm shift in physics so they were stuck in classical physics.

But importantly enough, I agree with Klainerman that pure mathematics was pretty much 100% shielded from the harmful interventions by the communists and even from the communist fog and distortion. Mathematicians were allowed by the communists to work properly and "mathematics thrived in the Soviet bloc", he says. Well, he doesn't give the proper credit to his old homeland. Look at the results of the International Mathematical Olympiad. From 1959, the ranking of ROU (Roumania) was 1,2,3,3,3,3,3,5,5,8,4,5,5... Except for one 33rd place, 22nd is the worst ranking and the average ranking might be 10. Hungary and, obviously, the Soviet Union were also comparably great. Czechoslovakia was already a slightly weaker league but our team has had numerous spectacular years, too.

But the common explanation of the Romanian success among Czechoslovak mathematicians was that Romanians weren't getting any meat in Romania whatsoever and they were so motivated to eat meat once in their life (which is possible during the International Mathematical Olympiads) that they were pushed to do mathematics really well. At any rate, the almost amazing results of the Soviet bloc countries at the International Mathematical Olympiads either mean that 1) the market economy isn't really essential for developing this kind of talents, or 2) this kind of talent isn't supported by the market economy because the generic people consider it "useless", or 3) the market economy has actually worked to the appropriate extent in the communist bloc's mathematical education (e.g. there was a nice meat-math barter in Romania, to link it to my meat example).

You may choose which of the three answers looks most reasonable to you (if you don't love mathematics sufficiently, you will probably choose the second option). I added the important third option because there are other lines of evidence pointing to this conclusion. The mathematics departments really were islands of positive deviation during communism. Even the leaders of the communist party at MathPhys of Charles University, my Alma Mater, were rather non-ideological if not conservative from very many perspectives. This department (and probably many others) also allowed some believers to develop their Christian ideology. In particular, lots of such people (including the recently deceased Petr Vopěnka, a guy whom I knew from Prague, Olomouc, and from TV as a minister of education in the early 1990s) were doing "set theory", big picture research of systems of mathematical axioms and mathematical logic, and the Gödel-like stuff in general (thinking about "infinity", even when the methods follow the rigorous standards of mathematics, makes many people feel religious). Don't forget that Kurt Gödel was a convinced theist and actually believed in a personal God. So did many of his less famous colleagues, including those in the Soviet bloc, and this flavor of their thinking was widely tolerated by the communist regime.

The attitude of the SJWs is more harmful and hostile, as Klainerman correctly points out. These new pests increasingly attack the very objective character of mathematics and its moral foundations – the importance of the truth and the search for the truth, impartial judgement, objective reasoning... All these things have been declared enemies by these pests because all these things were connected with the "evil" white man. I think that the SJWs are much more intrusive in many respects. Both communists and Nazis only restricted the people's behavior if it was threatening for the "big picture" (like the leading role of the communist party in our countries). On the other hand, the contemporary SJWs love to intervene into, social re-engineer, and cripple even very microscopic details of our lives. For example, the very existence of the notion of "microaggressions" implies that even Planckian deviations from the strict ideological requirements, even in the most personal and most apolitical and most irrelevant interactions of yours, are "outlawed" by the hardcore SJW manure.

Also, Klainerman indirectly strengthens my belief that the proponents of the "Hejný method" in Czechia and Slovakia are actually the same kind of left-wing radicals and they are only pretending that "it's only about some pedagogic details how to teach mathematics". They also hate the very fact that some answers in mathematics are right and the remaining ones are wrong. The Hejný folks' attack isn't just some academic discussion about subtle details of the optimal education, as some colleagues of mine (critics of the method) make it sound. The Hejný folks' activism is a profound assault on the very foundations of academic integrity, mathematical logic, objective reasoning, meritocracy, and our civilization in general. They are only suppressing the more radical plans because they know that the support for this toxic garbage would be extremely limited in the maximally pragmatic, common sense-based Czech public – and even in the Czech university communities.

OK, I obviously consider Klainerman to be more PC and less sensitive about the leftists' distortion of the Academia than I am; after all, I already found the atmosphere insufferable in 2005 which is why I had to escape the environment (but at that time, the toxic ideology and witch hunt culture was pretty much kept outside the physics department). Some of you may be even less sensitive than Klainerman. So you may start to feel that this cancer is going after you in Summer 2021 or even later. But you must realize that the evidence is strong that this retarded reaction of yours is due to your lower sensitivity. If you do like objectivity of mathematics and sciences (and even other fields), then "they" are coming after you as well and you will see this dangerous action in a foreseeable future and it might be too late (after a small breast cancer spread to the bones and the liver). If you are responsible enough, you should be getting ready now. You should study what is happening and once you realize that I have been right the whole time, you need to join the fight to save all the things that you and me find valuable.

And that is a call to arms.