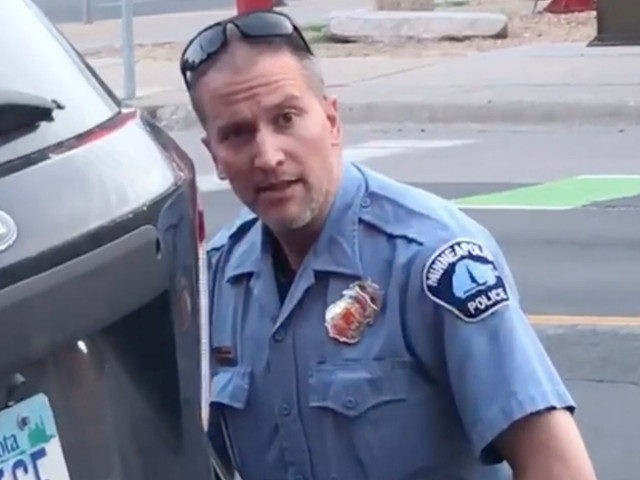 A fired cop Derek Chauvin was found guilty on "all charges" involving the manslaughter and murder of an aggressive black criminal. He may be sent to prison for up to 40 years.

Here are the most upvoted comments under an article at iDNES.cz, a mainstream center right news server owned by the Czech PM Babiš' trust. They show a nearly complete consensus in my nation, thank God.

I don't claim that precisely this policeman is totally innocent but a murder and 40 years in prison, that looks like too much. I wouldn't want to be a cop in the U.S. When I saw the videos from their actions, their left leg is in the grave and the right grave is in the jail.

So to celebrate, people will be buying things for free again.

And the BLM rabble will keep on looting, anyway.

The political assignment has been clearly articulated. The result could not have been different.

The first part of the police response was alright, Floyd behaved like an unreal pig... everyone should only know the wrestlers' rule: after a repeated tap gesture or a request to loosen the grip, the winning side should comply (because there were 4 policemen, they could have afforded that).

I would personally endorse a physical harm with the effect of the caused death, and a shorter jail sentence, but they have different habits there.

I did expect that. It was a political show process and the option that he would leave the court as an innocent man wasn't an acceptable option. The mess that would follow would be hard to tame without the usage of sharp ammunition.

Jiří Pertlík, 78/13
He was convicted in advance, the court trial was just a redundant farce. Everyone who will act against the African Americans in the U.S. will sign his own sentence even if the law were on his side!!

It was decided in advance, he couldn't enjoy fair court proceedings...

The Czech Wikipedia on the Political (show) trial

A political trial is the name for court proceedings where the decision isn't made by the corresponding jurisdiction but it is predetermined or enforced by the political power. In this sense, it is often described as a demonstrative trial (show trial in English, Schauprozess in German etc.) or staged or construed processes or monster processes.

The society's order has been fulfilled. [A sour tilted smiling]

Floyd was a drugged pig.

If the races were reversed, the cop would be freed and reimbursed, or he would have never been arrested.

And did anyone expect any different outcome? The police response wasn't quite perfect, no question about that, but it was certainly not a murder. But if the court decided differently, hell would break loose in the streets minutes later once again.

The trial was about as just as our show trials in the 1950s.

Derek Chauvin was found guilty in all points of defence. I WANT TO BELIEVE THAT THE U.S. COURT SYSTEM IS INDEPENDENT and it works in the name of justice. However, the celebrating mobs of activists as well as politicians who have demanded Chauvin's head ignite a suspicion that the jury was mostly focusing on the "task assigned by the society", not so much blind and impartial justice. Because it is a court trial, the attitude of the citizen should be neutral when it comes to finding justice. The U.S. patriot who believes that their court system is the best one in the world should accept Chauvin's sentence in the same way as his acquittal – as a result of an independent trial, as a verdict by an independent jury. Mobs that are celebrating that they have received the head of the accused man are questioning this view. After all, assorted activists have already thrrown doubts about it during the investigation and proceedings, e.g. when they poured pig blood on the house of the expert on police violence who was testifying in support of Chauvin. [Three red angry smiling faces.]

So of course Chauvin has erred. The claim that he wasn't a great cop cannot be disputed (look at his previous disciplinary problems). However, two fundamental things are missing there in my opinion... a proof of his intent to murder and a proof of racism. None of these things follows from the records. The result will be that no one will want to be a policeman in the U.S... Of course, no policeman is ever forced to kneel on someone's neck for 9 minutes.... up to this moment, the policeman's fate lies in his own hands, but when a controversial situation arises, everything will be against him. To work as a cop in the U.S. will become a punishment.

No one could have expected a different verdict. The members of the jury would be lynched if they didn't produce this verdict, they were already bullied before the trial started. It is enough if you listen to the black Congresswoman Maxine Waters of California who flew to Minnesota, along with her personal guards, and she was inciting the mobs and ignited the emotions in such a way that even the judge in this trial had to chastise her. Of course she wasn't punished but you could see quite some hysteria if a Republican were screaming something analogous. The whole thing is a charade for appeasement towards the blacks. I hope that Chauvin's attorney will appeal because what was happening there couldn't guarantee a fair trial to him.

Another verdict would bring days or weeks of extra looting, destruction, and fatal threats to the jury members.

Matouš Bárta, 11/1
What kind of a racist headline is this one? You meant "murder of a person" (as opposed to "murder of a black man"), didn't you?

Well, when every day, the aggressive rabble is aggressively yelling and threatening with their fists in the streets of Minneapolis, a different result could have hardly been expected. The criminal law of the U.S. is unknown to me but in the Czech laws, the murder verdict requires a proof of the intent to end the life. I doubt that a Czech court would find this Chauvin's intent.

Has anyone expected anything else? It was a political process, not a fair one.

In our homeland, Dr Milada Horáková (the only woman executed by the communists after a show trial in Czechoslovakia) was also guilty. The policeman performed a standard police response.

I think that everything ended with a happy end. For that Floyd.

The result has been clear from the beginning which is a defining rule of show trials. I don't think that anyone has realistically expected a different result than this one.
The comments at the center left Novinky.cz are virtually equivalent.