I have just listened to your speech in which you sounded rather desperate. The people of North Korea should expect the most difficult period in the history of the country and a hardship that may trump the famine of the 1990s. That could have killed between 0.1 and 3.0 million people. Let me assure you that when I look at you, I don't see any signs of a famine yet!

It looks clear that the economic situation isn't good for the 25 million of the people in North Korea. The already low $1500 GDP per capita seems to be falling further. Note that you use wons as the currency. 900 wons is one U.S. dollar according to an apparent peg.

All North Korean companies, tools of productions, will be converted to joint-stock companies. Each North Korean will get a certain number of KPTs (Korean Privatization Tokens) that will be used to buy the stocks in all these companies. All existing factories, telecom, water and energy infrastructure, energy grid, transportation companies, portions of arable land, and mines will be divided to reasonable companies which will include their debt. Companies with excess debt will first be stripped of the debt by a donation from the countries participating in the Marshall-Motl plan. The privatization should really include all assets whose expected profit per year exceeds 2% of the expected market value.

Each North Korean person above 15 years will get 10,000 KPTs; everyone above 18 years gets 20,000 KPTs. To make the process supported by the establishment, members of Workers' Party of Korea get an extra 10,000 KPTs, and officials at the municipal, ... top administrative levels (and other naturally powerful people in North Korea) additional... 100,000 KPTs. The leader Kim would get 10 million KPTs. The numbers will be adjusted. Every Korean will be allowed the access to some Internet cafés for some amount of time during the privatization process. Help will be available there. 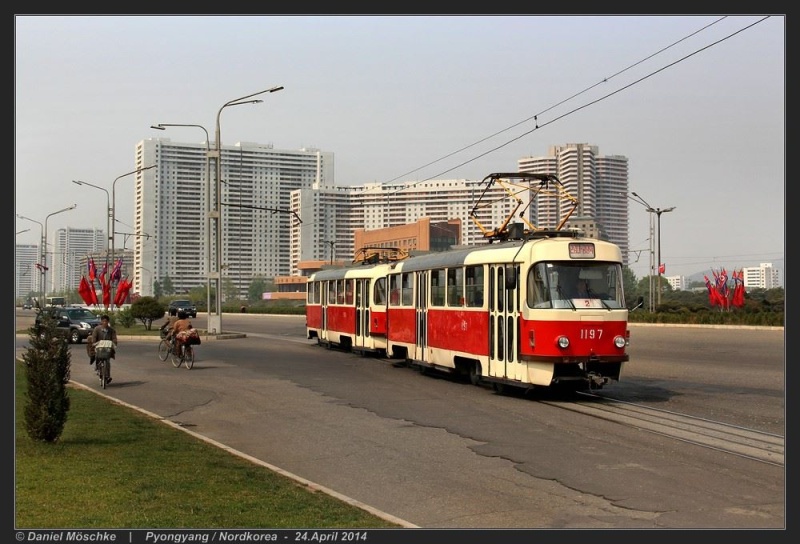 The Czech Republic will donate lots of eliminated streetcars and other older equipment to North Korea for free.

The privatization committee will divide the assets of North Korea to the joint-stock companies, decide the number of stocks in each company so that the expected price will be around 100 KPTs per stock, and it will be offering the stocks through a stock-trading platform where every North Korean will have an account. Each citizen will place his "buy orders" for a certain number of stocks in each company at a certain limiting price. The citizens will be able to buy the stocks for their KPTs. Each trading session will start with an auction, like the XETRA auction. The auction price will be one at which the demand is smaller than the supply but maximized (the citizens offering the highest number of KPTs per stock will be satisfied first). Before each round, a committee of experts will publish an informative estimated fair price around which the transaction could occur but this estimate will play no role in the sale of the assets. The citizen will try to choose a fair price where there is a sufficiently good reason to think that the transaction will get through but otherwise he will try not to overpay.

The privatization of every company that sells 95% of the stocks or more will be completed, and the stocks that are not sold yet will be abolished (so that the share owned by each successful buyer will slightly increase). The citizens will be immediately capable of trading the stocks with each other. A month later, each citizen will only be allowed to own stocks in at most 10 companies (in order not to make the system totally distracted). Each account's stocks will be sorted according to their current market values and all stocks outside the top ten in each individual account will be abolished, thus increasing the share of the remaining shareholders.

Another week later, foreign entities from friendly countries will be allowed to enter the North Korean stock markets and buy the companies, too. In a few months, the landscape will resemble that of a fully capitalist society.

The new political institutions will be copied from those in the Czech Republic, including the chambers of the Parliament etc. There will be the first democratic elections in June 2022. Starting in 2025, and only in those years in which the GDP per capita is at least 20% higher than in 2020, North Korea will be paying 1% of the GDP to the countries that provided the economic support and the expertise to realize the transformation of North Korea including the required food reserves. The 30th annual 1%-of-GDP payment will be the last one.