UEFA declared a total war on the Western civilization

Like your humhle correspondent, a large majority of the Czech and Slovak nation is absolutely infuriated by a shocking decision of the UEFA, the European bureaucratic soccer body, concerning the Rangers-Slavia Europa League match last month. Slavia won 2-to-0 and this (surprising for bookmakers) Czech dominance was surely one of the reasons why the Scottish men started to behave insanely. 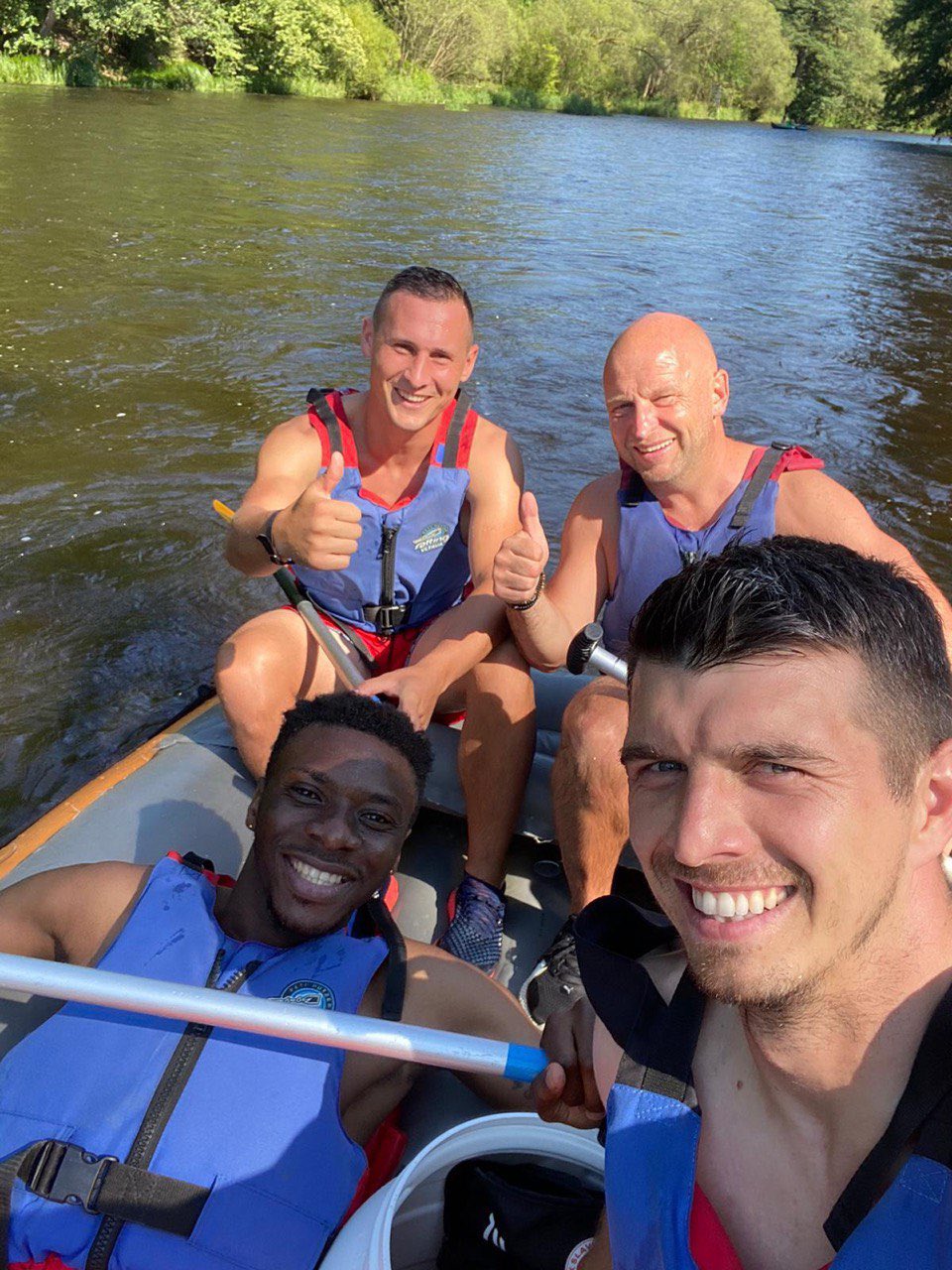 Ondřej Kúdela, often considered the best Czech defender, is on the right in the front row.

I was warning against the pledge made by Slavia Prague, the best Czech soccer team now, to "respect any verdicts by the UEFA and the Scottish police" because for some time, I have been convinced that these bodies are already full of people without any integrity, common sense, and even without the basic respect for justice, truth, human lives, and the Western values (such as the presumption of innocence).

OK, here is the fresh decision about the punishment: If you're not shocked by these verdicts, especially the comparisons between them in the context, you are not a human being. You are an insane and dangerous animal, like a wolf that carries rabbies.

The brutal physical violence was labeled less serious than the verbal one – and in fact, than the utterly unproven claims about the insulting language (Kúdela says that he has used a generic insult unrelated to the race). It is absolutely insane. Using the U.K. law enforcement, Slavia will still try to send Roofe to jail for some years for his attempted murder – I am skeptical about these bodies, too. But OK, when violence surpasses the power of a soccer referee, this may be solved outside the playground and UEFA.

But it is the incredibly huge punishment for the alleged "racism" that is even more shocking. According to Kamara, Kúdela whispered to him "you are a fudging [ck] monkey and you know it". Video shows that Kúdela had 1.09 seconds for this sentence. Kúdela has to be better and faster than Eminem. Kúdela's skills in fast English rapping are even more impressive given the fact that Kúdela doesn't really speak English and doesn't seem to know words like a "monkey". But even if he used this unflattering insult, it is just absolutely insane to punish him for that in this draconian way, especially because the behavior of most Rangers players resembled the aforementioned species. Similar hypothetical insults are almost certainly totally legally kosher according to the Czech laws and traditions.

Also, Kamara has claimed that several other players, starting with Zungu, have heard this sentence that Kúdela whispered to Kamara's ear. This Kamara's statement has been proven to be a pure lie, they couldn't have heard anything.

What we're seeing is a pure terror by "Black Lies Matter". One lying nasty little man produces some accusations against the great Czech player – and later beats him in the tunnel – because this nasty little man is bothered by the facts that he sucks as a human being and he sucks as an athlete, too, and the UEFA treats his accusation as if it were a fact. It is just absolutely unacceptable and this problem transcends soccer or sports in general.

This is way too dangerous. I think that our clubs should be banned by a Czech law from participating in the competitions led by this insane pro-criminal and anti-West organization, after they are compensated by the government for the estimated losses in coming X years. Any extra match is dangerous for the finances of the teams – and, even more seriously, for the health and perhaps lives of our players, too. Nasty little thugs in the U.K. (and maybe many other countries) can clearly commit any crime they want as long as they have the preferred skin color. And some enablers scream that this clearly racist and uncivilized behavior is their "fight against racism". Wow, just wow. To put all these psychiatric pathologies on steroids, you find tons of creatures in the U.K. on the Internet who scream that the 10-match ban is too small.

I am afraid that there are too many spineless soccer fans in Czechia (and elsewhere) who will be easily blackmailed by the disgusting apparatchiks at the UEFA. These fans may be eager to do anything for Czechs to participate in these "wonderful" contests! The dark forces around the UEFA will use the Czech soccer fans as the fifth column to make our players kneel (thank God, Slavia is refusing to join the knee ritual so far, I hope that they will show their middle finger to Arsenal tomorrow) and do other utterly disgusting and immoral things – and in a year, we may find our country full of thugs from Africa and Pakistan which guarantee the same harassment of the law-abiding citizens and the same thorough decay of the society that is already ongoing in the United Kingdom. We mustn't allow anything of the sort. We mustn't allow 10% of this stuff because that may already surpass the critical threshold. Western European competitions (and even soccer as a whole) must be agreed to be totally secondary in comparison with the threats facing our whole society.

Slavia is playing Arsenal in Prague tomorrow, 9 pm local time. The Czech team has gained a valuable 1-to-1 tie with a potentially decisive outside goal in London last Thursday. I recommend Arsenal to give up the game because the tensions might be dangerously high. I also agree with some Czech commenters that aside from the withdrawals from these insane competitions, Czechia should sue the UEFA in the European Court of Justice and demand the suspension of all such competitions that are in conflict with the European Convention on Human Rights now.