California plans to torture kids who are great in maths

First, The Rebel News, the most important Canadian independent news agency, was banned at PayPal with no stated legitimate reason. At least, they can withdraw the remaining funds. But they couldn't even use PayPal to buy food – they need to investigate whether maple leafs are edible, among other things.

The far left terrorists who are behind this terrorist act need to be caught and executed (The Rebel News plan a lawsuit but sadly, the death penalty was abolished in 1976 in Canada) and if people like co-founders of PayPal Musk and Thiel fail to do something against similar terror perpetrated by their corporate child, they need to spend the rest of their lives in jail, too. I am so unbelievably disappointed by all these men. 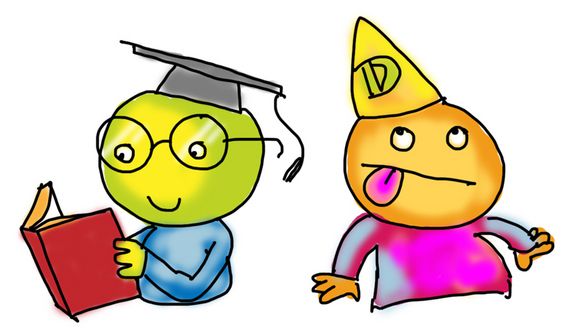 A super-idiotic revolutionary manifesto that has hundreds of pages (maybe we are talking about this truly juicy anti-white racist 83-page rant, thanks, Bill, maybe there is another one) was released by the California Health Department and is apparently being embraced by the California's Department of Education (but the stuff hasn't been completely approved yet). Words are no longer enough, the authors claim. We must act and erase the inequality by holding back all kids who are better in mathematics than others. All instruction must proceed according to the weakest student in the class because the far left sick animals "reject ideas of natural gifts and talents". In that state and others, it's not only tolerated but fashionable to "reject" even the most obvious facts about the real world. According to the plan, the smart kids must be made unable to work on their mathematical talent, at least up to their 18th birthday. Wow.

If you are an imbecile who believes or says that natural gifts and talents (or the IQ) don't exist, I kindly request that you stop reading now – and you flush your body into the toilet. The rest of us may use our brains that still work. Gifts and talents obviously do exist and the differences in the two people's mathematical skills are often close to the differences observed between two very different species of organisms.

The fate of something like 1-20 percent of the most gifted kids is clearly the most important criterion that determines the success of mathematics education. It is completely wrong to consider the struggling children's interactions with mathematics as very important – because these interactions will remain very weak and won't become helpful (in almost all cases). It is the gifted kids at various levels who actually learn something that will later be extremely beneficial for them – but especially for their communities and the society as a whole. Clearly, the sick animals who wrote this insanity are willing to sacrifice the healthy intellectual development and the scientific and technological progress and economic growth in California of the future.

But it is the human rights and the dignity which would be trampled upon immediately. The reason is that the intelligent people (and kids) who are being forced to do something really stupid (or too simple and repetitive) really suffer. When you adjust your mathematics education according to the most hopeless schoolkid and apply it to everyone, you are not treating the kids as equal. Instead, you have picked the moron as the privileged elite that determines what everyone else has to do. And it is extremely unpleasant for everyone who actually has some skills and gifts.

If your IQ is above 170, you must know how unpleasant it is to be exposed to some classic lazy (and ultimately wrong) reasoning of people whose IQ is just 130. But this proposal is much worse because the stupidest kid in the classroom is much dumber than IQ=130. Even if we assume that the IQ distribution remains normal and 15 is the standard deviation away from the mean at IQ=100, the stupidest child among 20-50 really stands almost 2 standard deviations below the mean (2+ percent sits on both sides of the tail in the Gaussian distribution) which means that the stupidest child's IQ is around 70. Such a child has obviously no chance to learn some advanced lessons in mathematics of elementary schools – perhaps including abstract variables, sets of equations, exponentiation, maybe even volumes of basic solids, who knows what... And I think that I am too generous here. Because the large minorities have the average IQ that is significantly below 100 and they still have the SD of 15 on both directions, the stupidest kid in the classroom is often way below IQ=70. Many classrooms have a kid that can't learn the division and other basic things.

But you may also find a kid with the IQ above 125 in each class. And obviously, some kids with the IQ above 170 end up in Californian schools, too. Just imagine the incredible torture of these kids that these sick, far left animals want to turn into reality. When you're six, even if your IQ is 170, you will be forced to learn everything according to your classmate with the IQ=70. You will be forced to pretend that you are as dumb as she or he is, otherwise you will be treated really badly.

The leftist scum – that has picked the upside-down natural selection as its main mission many years ago – may say that it is extremely inhuman for gays to pretend that they are straight – to avoid some homosexual exhibitionism – in a decent social environment and things like that. On the other hand, pretty much the same sick animals want very smart children to pretend that they are the same IQ=70 moron as their stupidest classmate – at least for 12 years between their 6th and 18th birthday. Don't they have at least an infinitesimal amount of compassion? Can't you imagine how heartbreaking it is to pretend that you are an absolute moron with the IQ lower by 100 degrees for 12 long years?

And again, I am absolutely disappointed by all the people in California whom I knew and respected, including many Nobel prize winners, aside from related elites. For years, when it was already spectacularly clear that the left-wing politicians and activists are pushing the society towards a similar destruction, they still supported the Democratic Party and related institutions. And in fact, many of them still do so now. Even if you started to behave ethically now, it is probably too late. You will be responsible for the transformation of California and the U.S. into a hell filled with arrogant moronic savages, a hell that will need to be treated just like ISIS by the civilized world. You deserve the treatment that your comrades, the sick animals, are planning now (and nothing like your papers you have written in your life, not even the papers discovering QCD, can compensate your contribution to this destruction of the civilization by the far left) – but there are others who don't deserve it at all.

You have committed crimes against humanity and many of you keep on committing them.