Reorganizing a 4D S-matrix within a celestial CFT

For a couple of years, Andy Strominger and his so far lesser but not last collaborators have been immensely excited about the celestial sphere. 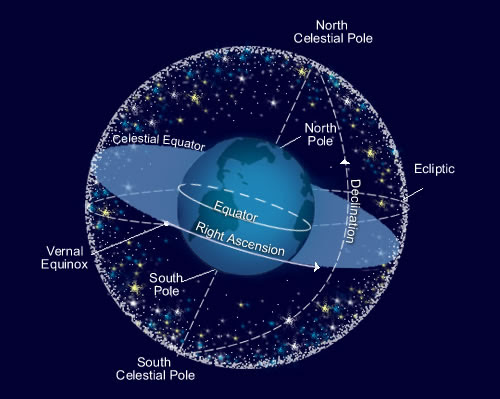 It's not hard to see why. As you can see, the celestial sphere (in the sky) is blue and has pretty stars in it.

Strominger et al. have studied the encoding of black hole information as seen on that sphere, scattering, hair, new conservation laws, and other related things. Note that if you imagine that we live in a 3+1-dimensional spacetime for a while, what we see at night (at one moment) is a two-sphere, \(S^2\), of possible directions. Each point on this \(S^2\) is actually a line in the 4D Minkowski space which goes to infinity. That's why there is no natural finite "length scale" defined on this \(S^2\). However, you may measure angles. After all, this \(S^2\) is conformally equivalent to a complex plane and the angle-preserving, conformal \(SL(2,\CC)\) transformations of this plane (or sphere) are equivalent to the \(SO(3,1)\) Lorentz group that transforms the Minkowski space.

A big part of the insights in these papers are about the reorganization of the information – and dramatic reorganization, indeed. That's especially the case of a new paper

by an all-Harvard team consisting of Crawley, Miller, Narayanan, and – last but not least – Strominger (CMNS, not to be confused with Condensed Matter Nuclear Science which is a group of cold fusion crackpots).

OK, what did they do? The Minkowski spacetime phenomena must have some reinterpretation in terms of the celestial sphere and given the invariant structures, natural theories that live on the celestial sphere should respect the conformal symmetry – because the latter is isomorphic to the Lorentz symmetry in the 4D spacetime. So they decided that for a given 4D theory in the Minkowski spacetime (ideally just an off-shell theory given by the S-matrix; the reasons are analogous to the difficulties in getting bulk off-shell correlators in AdS/CFT), there should be a celestial conformal field theory (CCFT) on the celestial sphere.

I don't know whether they have a very good intuition what this CCFT is – it is surely better than mine by orders of magnitude. At any rate, it is a non-unitary CFT where the weights of operators may be negative. In fact, they are generically complex (and I hope that they realize that the OPEs therefore refuse to be single-valued and create a lot of subtleties). Like every CFT, however, it admits a state-operator correspondence and that is a focus of this new paper. (The state-operator correspondence is mentioned in over a hundred of TRF blog posts; some of them are sketches of cutting-edge research. You won't find another personal website in the Solar System with this abundance of the state-operator correspondence and many other concepts LOL.)

If you want to calculate an \(N\)-particle scattering S-matrix element, you must find the corresponding states or operators (insertions) for the CCFT and, as they clarify, to calculate the inner product. Note that regular perturbative string theory uses a 2D world sheet CFT and external particles in the spacetime are represented by vertex operators that are pretty much independent of each other. The stringy perturbative calculation of the S-matrix amplitudes resembles a generalization of the "first quantized" calculation of Feynman diagrams: individual particles propagate as they do in 1-particle Hilbert spaces but they may split and join (in the Feynman diagram vertices). In normal perturbative string theory, the radial direction surrounding the operator insertions may be mapped to a "world sheet time" which is often correlated with some time in the spacetime but is a priori independent.

In their novel CCFT, things are fancier and less intuitive. The direction in which the operator insertions are evolved may be called a "Euclidean time" in the CCFT but it isn't close to the "spacetime time" at all. Instead, this "Euclidean time" in the CCFT is the celestial latitude. It means that you must slice the celestial sphere to circles of a fixed latitude (they are called "parallels" in the normal terrestrial geography). Note that Strominger often switches time to space and vice versa, for example, the holographic direction in his dS/CFT had to be timelike, not spacelike as it usually is. And there is one more major difficulty:

The individual particles in the in-and-out states of the 4D scattering are no longer independent insertions in the CCFT. Instead, if you insert a particle at some point of the celestial sphere, it creates a perturbation that propagates from North to South (or vice versa; and the opposite propagation is very unequivalent, like retarded and advanced propagators are) because, as we have just said, the natural "time" in the CCFT is always something like the celestial latitude. That's why the identification of the operator-or-state in the CCFT out of the external state is nontrivial because it isn't simply "factorized" to the external particles.

But when you do things right, the S-matrix element is given by a natural inner product in the CCFT. Well, it is the BPZ (Belavin-Poljakov-Zamolodčikov; the latter has agreed with me that this Czechoslovak-Yugoslav spelling of his name is cool; I learned the BPZ stuff mostly from Zamolodčikov) inner product. You must construct it out of a single circle in the CCFT; and acknowledge that circles are oriented and must run in the opposite direction for the BPZ product to be possible and nonzero. Note that the BPZ inner product is one that insists on naturally connecting 2 pieces of a world sheet along the boundary.

Such a bizarre reorganization should exist for a 4D S-matrix – arguably any 4D S-matrix, I guess. Out of a boring undergraduate system of Feynman diagrams linking particles in 4D, you should be able to get an equivalent but much prettier mathematical structure which builds everything out of expression that include the stringy, Veneziano-like \(\Gamma(h)\) objects, among other things, where \(h\) is the weight of an operator. Whether such a brutally different, creative reorganization is an important scientific breakthrough remains to be seen, as far as I can say. Whenever we get a qualitatively new description of physics and its degrees of freedom, some physical principles become opaque while others become transparent. Here they make the independence of separate particles in the 4D spacetime (basically the spacetime locality, even in the space of directions) opaque... while I don't exactly understand what has become more manifest – here I seem to assume that they would agree that the higher overall opacity would be a vice, not a virtue. ;-) My personal guess is that this celestial-sphere description must be ultimately equivalent to the twistor-based ones so e.g. the vanishing of the more-than-maximally-helicity-violating amplitudes and similar things should be manifest once you actually write down the rules to construct the CCFT.

Of course, I have deep sympathies for similar efforts – even though they may be called mere experiments so far. Note that I've described the basics of understanding Feynman diagrams as sums over Young diagrams in representation theory; and locality on the configuration space which is another reorganization from theirs (aside from a few related ideas). I believe that the configuration-space reorganization is the opposite one than theirs but I am not sure, maybe it is ultimately the same thing instead.