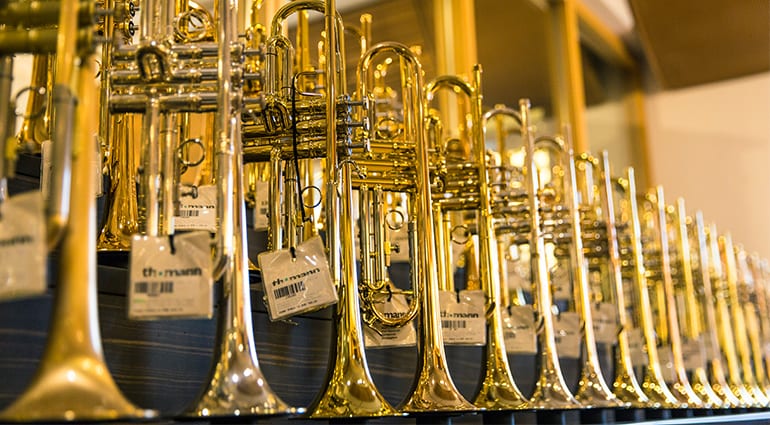 A funny fact is that in a local or quasi-local (field) theory, the action (which enters the exponent/phase of the path integral) may be integrated over some region of the spacetime or worldvolume only, \(\Sigma\) (capital Sigma). When the region \(\Sigma\) has several disconnected components, you may naively deduce that the action becomes the sum of the pieces from those components; and the path integral factorizes into a product over the components of \(\Sigma\).

However, as he points out, this is not generally the case because one may connect the components, too – by a wormhole with two or more entrances (these diagrams are called the "trumpets" i.e. the pro-Trump extraterrestrial aliens) – and it is these wormhole contributions that break the factorization rule. In general, he has to discuss nontrivial topologies that are allowed on the phase space. In the language of cohomology, the phase space always comes equipped with \(\Omega\), the capital Omega, a symplectic two-form that determines the Poisson bracket. This symplectic form has to be closed (yes, that is equivalent to the Jacobi identity for the implied Poisson bracket!) which means that it is locally exact but it doesn't have to be globally exact.

And the wormhole contributions exist exactly when this \(\Omega\) is not exact i.e. it's impossible to write it as \(\Omega=d\Lambda\) for some globally single-valued one-form \(\Lambda\), capital Lambda.

Intriguingly enough, he has linked the contribution to the partition sum from the "wormhole path integral" to an entropy. More precisely, it is the "path integral with \(n\) entrances" and it is equal to the \(n\)-th Renyi entropy of a thermal mixed state of the doubled system. In all the cases, the wormhole contribution may be seen to be a saddle term. In the second paper, these non-factorized terms are linked to decoherence with the environment.

It's all interesting and serious enough but maybe one should slow down. There are lots of fundamental questions here and answers should be proposed and defended by actual arguments. So first of all, are the other topologies always allowed and what does it mean? All interactions in perturbative string theory come from the freedom of the world sheets to have all allowed topologies. Once strings may split and join, all interactions are born. Is that true in an arbitrary quantum system that all topologies are allowed? May all these cases be considered "qualitatively the same"?

Second, we often say – and with good reasons – that the path integral isn't quite a fundamental description of a general quantum system. A path integral seems to depend on the existence of a classical limit. Theories such as the \((2,0)\) theory in six dimensions have no classical limit and no description in terms of a path integral, at least not one that would make the usual symmetries manifest. But we believe that there exists a full "set of operators" in an operator description of the \((2,0)\) theory. Is it true that the incorporation of the nontrivial wormhole topologies may always be represented as a correction that needs to be added because the classical-theory-based path integral would otherwise be inaccurate and wouldn't represent the precise "theory in the operator formalism"? And what principle would be exactly violated if we "demanded the nontrivial/wormhole topologies to be omitted"? I am asking because I feel that "the need to include all topologies in any chosen degrees of freedom" could very well be a badly understood law that may easily be strong enough to be the "master theory of everything". Such a law would implicitly require any quantum mechanical theory (of gravity) to have a classical limit/description with certain properties, too.

Third, a bit more technically. The wormhole term is also claimed to quantify decoherence. That's possible but decoherence is always just a "derived calculation", not a fundamental law. Decoherence only becomes possible when we – unavoidably arbitrarily – divide the system to the "degrees of freedom we trace" and "the environment". How is it possible that the wormhole contribution which seems fundamental even in the "complete theory" is said to be equivalent to a non-fundamental one that depends on the choice of "what is the environment"? Also, the path integrals tend to be used for mixed (and even thermal) states in this paper and similar papers. Do "pure state" counterparts always exist or does this reasoning push us to adopt the mixed states are more fundamental than pure states?