Criminally futile lockdowns: Delta will spread in Australia like fire

Several countries or regions have had some (temporary) "success" in avoiding any substantial Covid wave. Most of them are gone; there is no "almost Covid-free" country in Europe.

In late October, I was comparing Brazil and Argentina and a Koen worshiped Uruguay that was almost Covid-free. I told him good luck, I don't think it's sustainable, and of course, I was right. In April and May, Covid exploded in Uruguay which became one of the most Covid-active countries in the world – simply due to the lack of natural immunity from the previous infections – and headlines e.g. in Nature currently say Why Uruguay lost control over Covid.

The correct answer is that any densely populated country that can't completely isolate itself or its citizens is guaranteed to go through a heavily infectious new disease at some point and any suppression seen up to some moment is at most delaying the inevitable. 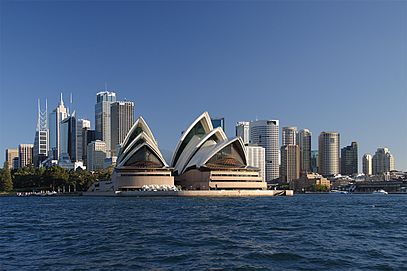 Are there other examples? North Korea is a nearly perfectly isolated country and it murders everyone who is positively tests (it would be interesting to see whether Kim or his relatives would get an exemption from this progressive policy). So maybe they have a chance to keep the infections near zero, assuming that their production of bullets is fast enough.


The global Covid statistics page shows just 30k cases in total and 900+ deaths in total. Despite the almost complete absence of Covid in that continent, Australians have been forced to stay much of the recent year in draconian restrictions, just like countries with a Covid epidemics. Melbourne has had at least 3 long very hard lockdowns. Can these policies keep Australia Covid-free?

As far as I could say, it has been very uncertain for a very long time. The question was: Was Australia closer e.g. to Uruguay that obviously had no chance to remain Covid-free, or to North Korea that still has a chance to remain almost Covid-free? In recent days, I think that it became almost certain that Australia is just another Uruguay.

Melbourne has repeatedly been a target of the Coronazi insanities – the hard lockdowns have crippled the life in Melbourne (2nd largest city in the continent), and not e.g. Sydney (the 1st largest city in Australia; see the picture at the top), several times. Was there something permanently special or haunted about Melbourne? Not really. As the cases (and delta cases) grew in recent days, Sydney was thrown into 2 weeks of an insane hard lockdown, too.

Will it suppress the delta-variant which strictly belongs to the set of common cold viruses (but which is still presented as a Martian invasion by the unhinged Coronazis) which is currently growing in the U.K. (66.66 million people)? I don't think it will happen.

The sign of the trend is almost all about the degree of immunity in the society. And Australia has a very small value of the immunity among the citizens, both when it comes to the natural immunity from the disease itself (which is almost always stronger, despite the lies that criminals are often directly saying to people's faces) or from the vaccination. Well, let us compare Czechia, the world's country with the most robust herd immunity (10.7 million people), and the U.K. with Australia.

First, the natural immunity. It's simply a virtue of the surviving population that comes from the previous exposition to Covid. The degree of the exposition may be estimated from "cases per million people" and "deaths from million people". Because these numbers are high enough, I will use the usual unit of "one percent" instead. Great. The global statistics page says that the fraction of the population that got a positive PCR test is:

Clearly, for all practical purposes, Australia has no natural immunity in the population. What about the deaths as a fraction of the population?

Again, the number indicates that Australia has gone through almost no Covid. The fraction of positively tested people (cases) is more than twice as high in Czechia than in the U.K.; according to the deaths, the ratio is a bit smaller than two. Let us pick a compromise in between and assume that the fraction of the Czechs with the natural immunity is twice as high as it is in the U.K.; the percentage will be approximated by zero in Australia.

Finally, we need the vaccination levels listed on this page. Because the first dose is more important for the survival as well as the inability to spread Covid further, the percentage of the people who have gotten at least one dose is the most useful parameter. What is the number in the three countries?

In this parameter, the U.K. has a higher fraction than Czechia simply because about 1/2 of Czechs don't think that it is a good idea to vaccinate groups that aren't at serious risk against this mild enough disease (for them). Australia has a substantial fraction that has been vaccinated but you see that it is still significantly lower than both in the U.K. and in Czechia. It is unsurprising. If the disease is completely absent in your continent and the vaccination remains optional (and it would arguably be still rather hard to make it compulsory in Australia), many people will simply avoid the vaccination!

Great. What do these numbers mean for the spreading of delta, the common-cold that descended from the Wuhan virus? First, the people who have gotten a positive PCR test obviously vastly understate the percentage of the people who have gone through the disease. There is some rather universal ratio and after many efforts to estimate the ratio, I still think it is comparable to 5. So 20% of the people who have gone through the disease have gotten a PCR test. The remaining 80% were either asymptomatic or mild enough so that they figured out that it is better not to "alert" the system which would lead to many problems such as the confinement for themselves, their friends, and their families. I surely know that most of the people who told me that they had Covid didn't ever get a positive PCR test and it seems extremely likely that a very high number of the Covid survivors either don't know about the infection at all; or they are hiding it from me as well (because even this sharing of the information is unsafe).

I also observed the amazing uniformity of the "total fraction of population that got a positive PCR test". Every time a district looked like a small Uruguay, it was destined to become a "top hotbed of Covid" at some later moment. There are no exceptions (among the 76 districts of Czechia plus Prague) at all. The fact that the "previous natural exposition" is the main quantity that reduces the probability of a new wave follows from these facts. Also, Czechia got a decrease of Covid since March when the vaccination level was still very low; it is very clear that the natural immunity has played the key role in suppressing the virus in the recent almost 4 months.

With this factor of five in mind, the natural immunity in the nations is 5 times the first numbers, namely:

The level of immunity in Australia may still be approximated by zero; the level of natural immunity in Czechia is enough to suppress the disease if it has \(R_0\leq 4\) or so, even without vaccination. Now, the remaining 25%, 65%, and 99.5% have been partly vaccinated. Let us assume that there is no correlation between having the natural immunity and the vaccine immunity. Multiply the numbers from the previous two sentences by the (100% minus vaccination fractions):

So when an infected person tries to transfer the virus to others, the maximum number of the recipients such as the basic reproduction number \(R_0\approx 8\) for the completely immunity-lacking population is reduced by the factors of 0.135; 0.234; 0.766, respectively (to 1.08, 1.872, 6.128). The U.K. is getting a doubling of the delta cases in 10 days or so. That might be approximately the factor of 1.6-2.0 per week (or a Covid generation); the disease is growing despite the fact that a safe majority of the Britons already have some immunity (this fraction just isn't strong enough). You see that 0.135 is almost one-half of 0.234 which means that 1.6 in Britain is replaced with a number near one. I think that in Czechia, we may get a decrease even when the most contagious, delta variant is brought here. At most, we may get a very slow increase of the delta cases (I can imagine that Covid-delta will slightly grow in Czechia, starting from Prague where it's being imported; the decrease is surely slower in Prague and similar places, to say the least). Note that in the U.K., delta is spreading in places with a lower level of natural immunity which means countryside! Czechia is different because both the high encounters between the people and the import of delta is crucial and Prague leads in international travel.

But instead of 0.135 (CZ) or 0.234 (UK), Australia has 0.766. That is 5.7 times Czechia or 3.3 times the U.K. The numbers from the previous sentence quantify the ratios of the "real world \(R_0\)" one-week coefficients of growth. With such a hugely excessive proliferation, I think that Australia won't be able to tame the delta variant (it's the winter there now although it still usually means temperatures above 15 °C even at night), especially because even the hard (but Western-style) lockdowns still change the one-week factor at most by 10% or so (the individual attitude of the people is far more effective in reducing the contagion than the nationwide lockdowns). Instead, I think that Australia will see at least a doubling of the delta cases in each week – and I think that even a tripling per week is rather likely.

It will continue for many months (with a tripling per week, you would get a factor of 100 each month) and if they don't get the really simple point that it is insane to introduce similar draconian measures because of a common cold that passes the Covid tests, they may throw the whole continent to a hard lockdown for all these following months (even though the number of deaths will remain very low – much less than 0.1% die from any disease that is leaking from the body via the runny nose!). It's clearly futile, hugely destructive, criminal, and it's a shame that the media aren't leading the debates that would be relevant, e.g. what kind of a death penalty is appropriate for those who are responsible for these anti-humane lockdowns. Sooner or later, such debates must start.