My father discovered it in March: Imunor is a Covid miracle drug

Only a small fraction of mankind has belonged to the Covid risk groups. My father (*March 1948) was surely among them, however. His immunity system has a major defect (a whole line of white blood cells or something else is completely absent, probably the whole transfer factor) and he has seriously struggled with flus many times in his life. Update: He suffers from the deficit of IgA. 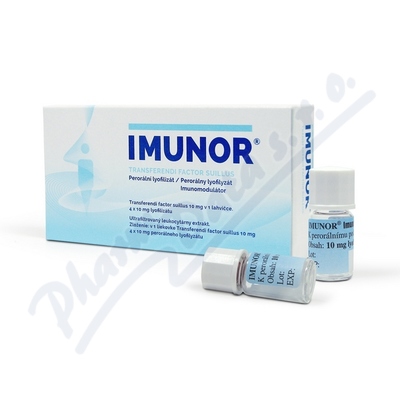 My dad contracted Covid-19 during the most likely recent week (the latest peak week), on March 7th, almost certainly from a dude who was 25. Two days later, before any symptoms, he got his first Covid jab (which probably didn't hurt), and symptoms occurred a few more days later. He said that he was (nearly?) unconscious for a while and it was bad etc. It sounds impressive but I have heard the same things from him when he was referring to flu.

He was led to vitamins, zinc, oregano oil etc.

But on a Sunday, a week or two after he got infected (but he still struggled with Covid), he took Imunor. Imunor is a medication produced out of pigs' white blood cells. At least in Czechia, you can only get it through a doctor's prescription after you (or the patient) is proven to have a deep cellular immunity disorder; it costs some $50 to the insurance company (per 4 doses with 10 mg). It is served orally; the efficient beef [pun intended] inside the drug is "transferendi factor porcinus" i.e. "porcine/piggy transfer factor"; and is counted among "other imunostimulancia". Some of the missing cells are just replaced with abundant enough stuff from a mammal that is close enough to us, especially some of us, namely the pigs whose lives are still believed not to matter. Pigs may be strongly immune towards lots of pathogens – because they helpfully behave as pigs. ;-)

He reported an instant and dramatic relief. The same thing took place a week later when he took another dose. I think that one shouldn't eat this stuff more often than once a week. You know, people are often led to trust in drugs (such as homeopathy) that have no recognizable positive effects in the short run and they believe that it must work after some delay. Well, it's already bad when the immediate effect is non-existent. Imunor was a different category. He could see instantly that it simply worked.

At the end of March, I asked the distributor of Imunor for a more direct way to get the medication. I was told that the immunity doctor should take care of it and he did.

Nine hours ago, iDNES.cz interviewed a doctor in Ostrava who reported the experience with Imunor. They had a research project including the staff of the Ostrava hospital. All of them avoided being sick, some special ones avoided a serious course of the disease that would otherwise occur although I don't quite understand Dr Jaromír Bystroň's logic leading him to the belief that the serious diseases would have taken place. Out of 55 physicians in the program, only 2 nurses got Covid, both were light cases, as Novinky.cz states, much milder courses of the disease than their relatives.

While some uncertainty still exists, I am sure that the positive evidence is strong enough so that doctors should try to serve this drug; and current Covid-19 patients or their relatives should demand it. In the U.S., porcine transfer factor leads e.g. to this drug, TF Elisa Kit 96T for $629 after a discount. I would bet that this drug is equivalent to Imunor.