A small toroidal universe is possible, unlikely, would be revolutionary, but there is no really new evidence 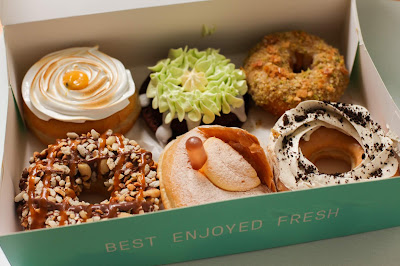 One week ago, the donut news made it to Live Science, Vice, AV club, and others, and for some reasons, the huge mainstream Czech news server Novinky.cz turned it to the story #1 last night.

All these articles promote the June 2021 preprint

The variance of the CMB temperature gradient: a new signature of a multiply connected Universe

by Aurich, Buchert, France, and Steiner (Ulm, Lyon). My understanding is that Buchert is the head of the team.

Their claim is simple. Our Universe is finite in size and flat at cosmological distances. It has the shape of the cubic 3-torus or \(T^3\) which means that it is possible to describe the location in the Universe by Cartesian coordinates \((x,y,z)\) such that all these coordinates are periodic: if you change either of them additively by \(L\), the circumference of the torus (which is the same in three directions, therefore "cubic", an assumption that only makes it "simple", it can't really be justified too well, either), you get the same point in the space.

The evidence that this is the case has a simple character: the two-point correlations in the cosmic microwave background (CMB) seem to be heavily suppressed for very distant points on the sky (like more than 60° away from one another; this is effectively equivalent to the suppression of some low-angular-momentum modes of the CMB) and this can also be predicted by the toroidal model of the Universe, as the bulk of the calculations in the paper (sometimes nontrivially looking correlations) tries to show as well.

You may check that after a month, it has 0 citations according to Inspire and Google Scholar.

I have personally always included a toroidal Universe as a possible shape of the Universe at the cosmological scale. I think it is being taught even to undergrads (in cosmology courses) and folks competent in group theory may enumerate even more non-trivial, non-Abelian orbifold topology that the Universe may have (the orbifolds of the hyperbolic plane are really harder than those of the sphere and the flat space). It is a very attractive option for playful minds because it is so simple and you could have some cool effects like multiple images or special directions. Surely the isotropy of the Universe is violated, there are preferred directions starting with the 3 directions of the torus (the shortest periodicities). But you may view this novelty as a new feature.

For the hypothesis not to be excluded immediately, the circumference of the torus in each direction obviously must be huge, cosmological. We surely don't live in a box of the Earth-like size, for example. On the other hand, if the circumference of the torus were much much longer than the visible Universe, the Universe would behave as an infinite one in all observations. So they work with something like \(L=0.5L_H\) through \(L=3.0 L_H\) where \(L_H\) is the size of the visible Universe.

Great. There are problems. First, the special directions (anistropy) conflicts with the assumption of isotropy, basically the main cosmological principle, but you could say the latter is not exactly a proven one. Second, some function of the total amount of matter and/or pressure in the Universe would need to be zero for the torus to be allowed by Einstein's equations at all but you may say that the flat infinite Universe requires the same.

Third, and it is more damning, the radius of the torus needs to be comparable to the current radius of the visible Universe. This approximate match of two scales would be another coincidence, "why this large torus" coincidence. Such a coincidence seems almost impossible within the inflationary cosmological. Under inflation, the size of the Universe grows to a random number which is larger by dozens of orders of magnitude – while the radius of the visible Universe grows differently. There is no very good reason why they should be comparable just now, some apparent 14 billion years after the Big Bang. Inflationary cosmology and even some generalizations or weakened versions of it predict some things that are observed and this toroidal model couldn't predict them. Even outside inflation, the size of the visible Universe (determined by the horizons and light cones looking into the past) would evolve different than the periodicity.

The main argument in this paper really boils down to the suppressed CMB modes with a very low \(\ell\), just a couple of them. In the normal discussion, you may call this suppression a coincidence (or it may have some other reasons than the torus). However, for this "coincidence" to have an explanation, these four Gentlemen have to postulate another coincidence, namely the agreement between the two radii as measured right now. I think that their coincidence is actually less likely than the coincidence "low \(\ell\) modes are somewhat suppressed", so their overall improvement of the probability (by trying to explain "small signals" in the form of small coincidences) is actually negative, not positive.

Competent cosmologists would immediately tell you some arguments for and against because this is a rather standard albeit far-fetched possibility. One must be surprised by the huge attention that this particular paper gets in the media. One should ask whether it's purely due to the ignorance of the journalists or whether something more sinister is taking place. Well, I think the truth is in between. The journalists really have no idea about such things. They may hear about the "toroidal Universe" for the first time in their life which is why they immediately publish a story about a revolution in cosmology – a story inspired by their pure and authentic excitement.

But I think that the journalists' ignorance and stupidity wouldn't be enough. I think that the co-authors of this paper must have told them "Yes, we have discovered something like the most important thing in cosmology in years", and I think that the authors must know that this statement is utter BS (or at least, they must know that it is a corrupt system if ideas' importance is being "grown" by persuading clueless journalists). So far, the paper doesn't surpass the average paper on the astro arXiv by influence. The actual problem is the mixture of the science with the stupidity. Journalists and/or laymen are very easy people to be lied to (about cosmology or any science they don't understand). You may convince them that exactly you are at least the new Einstein. That is exactly why you should never do so if you have some morality. A problem is that they create a new reality – something believed by their mindless readers – and a cosmologist may be tempted to switch from his being a part of the hard scientific community to be a darling of the dumb readers of the "popular" media. Needless to say, this general "intermediate field" of media-savvy people called "scientists" by the journalists (and those are the journalists' *favorite* "scientists"!) is full of scammers and liars.

It would be a great improvement if the pro-science popular media were waiting at least for the first 50 citations of a paper. Every reasonably important paper – even a controversial one – easily gets it rather soon. People should understand that this is a problem – in some way, this power of the journalistic cretins is the primary problem that causes many others because these cretins have gotten not only a huge political power in the old-fashioned sense but also a power over science – which should only belong to the hard evidence and the people who honestly deal with the hard evidence.