Virasoro: Yesterday, on the same day, Miguel Virasoro died as well: news. He was an Argentine-born Italian pioneer of string theory; the closed-string tachyonic "Virasoro-Shapiro amplitude" is named after him (Shapiro was my instructor at Rutgers) and so is the "Virasoro algebra".

Tragically, Steven Weinberg died in the ICU of a local hospital last night (via his colleague Coker), after weeks of hospitalization. He has been a giant of theoretical physics. 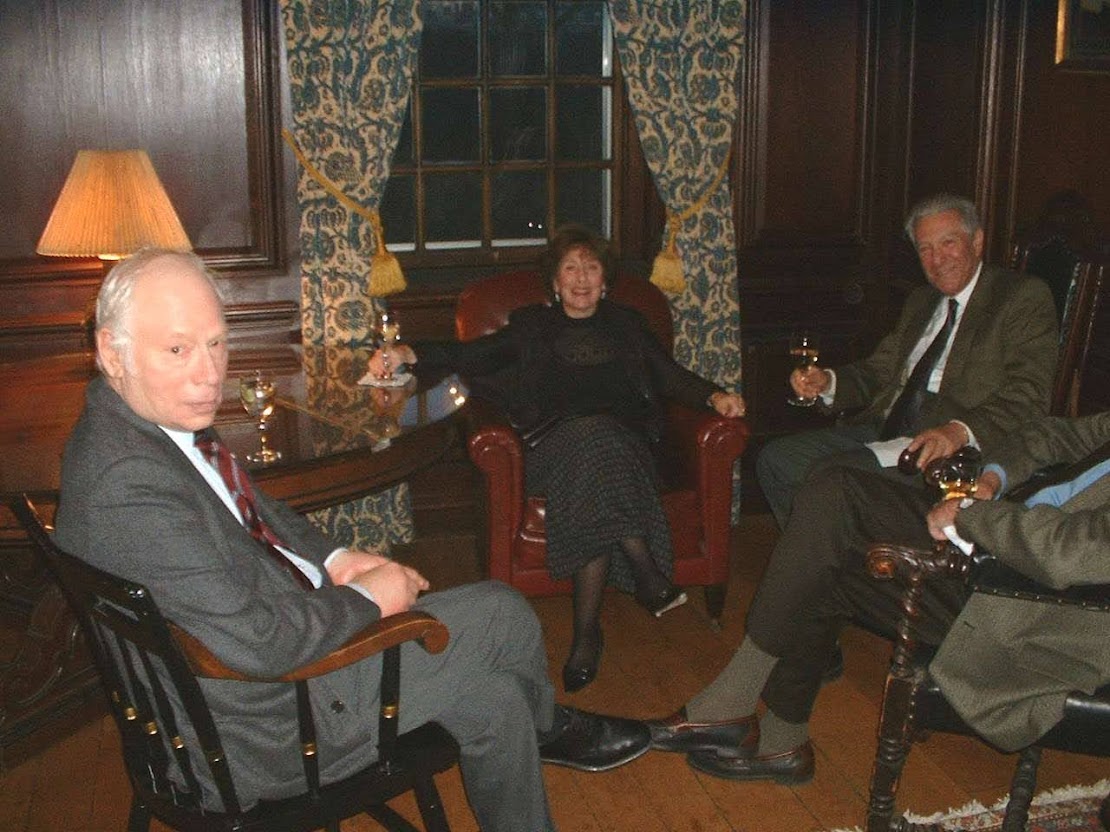 I took this picture (of Steven Weinberg with the wife, of Sheldon Glashow) during Sidneyfest in 2005 in our Harvard Society of Fellows' dining hall (inside the Elliot House). Both of us were already former junior fellows at that moment. I can find about 5 other pictures of Weinberg that I took at various moments. When I was giving a talk in Austin, Weinberg was sitting next to me during a dinner that he formally organized for me. My Erdös-type collaboration distance was 3, e.g. Motl-Dine-Witten-Weinberg.

Weinberg shared the 1979 Nobel Prize for Physics with Sheldon Glashow and Abdus Salam. While the first two were classmates since the childhood, the third dude was arguably the greatest Muslim theoretical physicists of all times.

The prize was given them for the Standard Model, the approximate state-of-the-art description of all non-gravitational phenomena in the world around us. Weinberg did the final touches on the model including the Higgs mechanism (he picked a particular version of the Higgs mechanism – a concept sketched by Peter Higgs in general, if I suppress the other 5+ men who made Higgs-related fundamental discoveries – which is still enough to describe all the electroweak phenomena in 2021). He published this most famous paper "Model of Leptons" (18,000 citations) when he was 34.

It was Weinberg who could reliably put the pieces together. The Standard Model Higgs is also known as the Weinberg toilet – it is something that every apartment needs but you don't necessarily brag about it in front of the guests. Sheldon Glashow who wasn't able to add the proper Higgs field himself is the man who invented this flattering phrase designed to celebrate his old buddy.

Because of this role as the man behind the "final completion", it is unsurprising that he was the greatest "calculator" among the folks. His knowledge was extremely reliable which is why his textbooks are so authoritative. His popular book First Three Minutes was not only popular; as my adviser emphasized, it actually made the cosmologists move their arses and complete the standard Big Bang model (especially with the nucleosynthesis). In recent decades, Weinberg returned to cosmologist and became a better cosmologist than most "specialized" cosmologists. As a stellar "human calculator", he could have stood next to folks like Isaac Newton, Wolfgang Pauli, Gerard 't Hooft, Stephen Hawking, and perhaps Edward Witten (apologies to those readers who are missing in the list, it is my mistake) who also had similarly technically formidable golden years. Of course, his brutally powerful "active physicist's mind" was much more durable than that of 't Hooft and Hawking, for example.

Weinberg has done many things in his life. He has been a great example of the ultimate public intellectual. His anti-religious activities were surely a part of his mental life, too (you must watch his episode of Atheism Tapes if you haven't done so yet). In that sense, he could have been counted as a canonical leftwinger. However, he was still a leftwinger from an older epoch. I think it is obvious that he wasn't as insanely leftist as some of the current representatives of that direction. In fact, I would claim that he was on the right side of the current U.S. citizens' median. I am not even sure that he genuinely voted for the Democratic Party candidates in recent elections (his name was missing on a list of Nobel Prize winners who endorsed Biden).

A very recent, April 2021, conversation between Andy Strominger and Weinberg.

He could have lived in Texas (and he loved the Texan people!) – although it was just Austin (the capital that proper Texans don't count as a part of Texas) – and he could deal with the people with concealed arms (although he didn't want them in his classrooms). Perhaps more characteristically, his critiques of religion didn't stop in front of Islam. On the contrary, he had the integrity to emphasize that all the main critical words that he had reserved for Christianity applied to Islam even more aptly – because Christianity, unlike Islam, got much more compatible with our modern "liberal" world. For this reason, he would have been treated as a politically incorrect heretic if the woke snowflakes had the nerves to attack this old legend. Unlike e.g. Edward Witten, a pro-Palestinian warrior, Steven Weinberg was a staunch supporter of Israel which he called "the most exposed salient" in the war between liberalism and theocracies. He boycotted various scholarly events that boycotted Israel and emphasized their moral blindness. 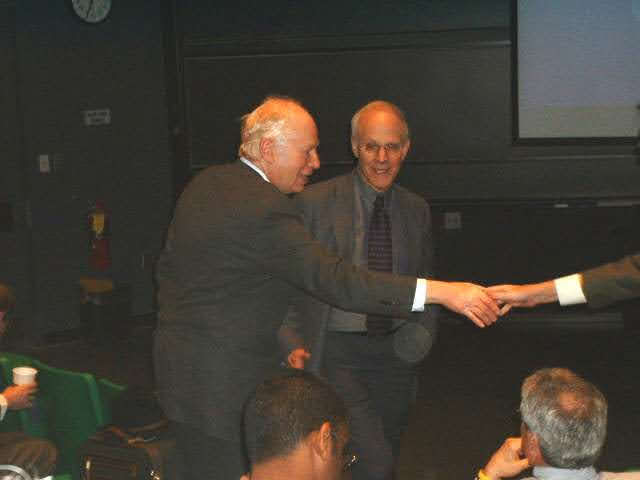 Weinberg and David Gross (by LM): the weak force meets the strong force.

Even in recent years, he was publishing numerous papers. Inspire lists 306 papers with his name including e.g. 10 papers just in 2016 (some of the papers were about string theory although he didn't join the new field as a serial author). According to Google Scholar, his name appears in some 16,000 papers and dozens of his papers have collected over 1,000 citations. His name also appears in something like 100 blog posts on this website. In recent years, comments on his (somewhat careful but) misguided dissatisfaction with the basic postulates of quantum mechanics were overrepresented here. Here is a text on his 75th birthday which was already over 13 years ago.

He was more than just a titan of physics and an atheist warrior. He was an inspiring thinker and kind companion. He loved theater and he could recite poetry of Gerard Hopkins by heart, too. RIP Prof Weinberg.