Will the people rise up against the EU?

Czech expresident Václav Klaus darkly on the car ban and the protests: 'It fizzled out into nothing'
Mr President, as a long-time campaigner against green bans and restrictions, what do you think of the European Commission's rather bold 'climate package'? 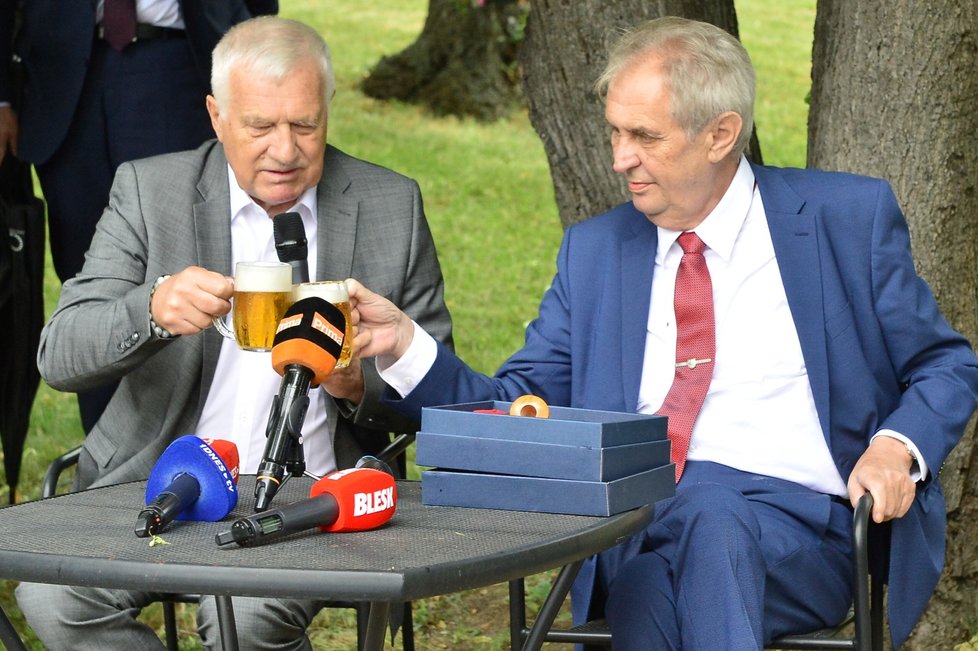 If the package is fully implemented, what good will it do for our planet, globally speaking, if we in the EU reduce carbon emissions by 55% by 2030 and become 'carbon neutral' by mid-century?

That this package can do any good for the planet is something only green activists, only the advocates of the utterly unsustainable doctrine of climate alarmism, can think. Only people who believe in an immediate linear or even exponential relationship between the amount of CO2 in the atmosphere and the average global temperature. I am not one of these deluded individuals who have managed to garner such absurd media coverage. Man's role in the evolution of global temperatures over the long term is completely negligible. Moreover, CO2 has already played its potential role in influencing temperatures. The intention of carbon neutrality is an anti-human policy. It has almost no connection to temperature.

The measures relating to the car industry have resonated in the media, whereby, according to the proposal of the European Commissioners, cars with internal combustion engines would not be allowed to be sold in the EU from 2035. Is it even sane to want such a thing in such a short space of time?

I do not want to, and cannot, speculate on what kind of powertrain cars will have in twenty or fifty years' time. Technical progress develops according to its own laws, and so it has been in the development of mankind so far. And that would be a good thing. When technical progress produces a revolutionary model of non-combustion engine cars (which will be affordable and competitive with those of today), then surely today's internal combustion engines will belong in a technical museum. This is not the case today and will by no means be the case in 2035.

Michal Půr, editor-in-chief of Info.cz, believes that we are dangerously close to the point where EU membership may not be worthwhile. Could these radically green proposals provoke more resistance even from those member states that have not yet been too rebellious?

The debate about how much EU membership pays off for individual states depends on many things. Economic integration, the rational permeability of borders for goods, labour and capital, and a minimum of state interference in the functioning of the market certainly help the economic operators of the individual Member States and have an economic effect. But that is not what the EU is about, or only minimally. The EU is about promoting irrational, economy-destroying proposals, of which the green climate package is the prototype. To leave such an EU would be a rational step. However, a small country like the Czech Republic - seeing how the great UK has been 'tortured' - would bear heavy costs for quite some time. I do not think that individual Member States would rebel now. Submission has already reached a high degree in Europe and throughout the West.

As far as the citizens are concerned, we have seen in the past what caused fuel prices to rise dramatically in France, the yellow vest movement growing into massive national demonstrations. Can the EU's green plan trigger something similar in Europe? And would you think it would be appropriate? Could extremes of this kind start the downfall of the EU?

I was a fan of the "yellow vest movement", it played its positive role, it became a national activity, but it fizzled out into nothing. I do not believe that the climate package can trigger something so massive in Europe that the owners of Europe will start to fear it. Europe - because it has succeeded in breaking up the system of nation states through unionisation - is not operational. Nor can the climate package trigger anything like the yellow vests in our country, or even in our country in particular. We have already too deeply succumbed to that - in the Houellebecqian sense.