Report on the Congress of Dissidents 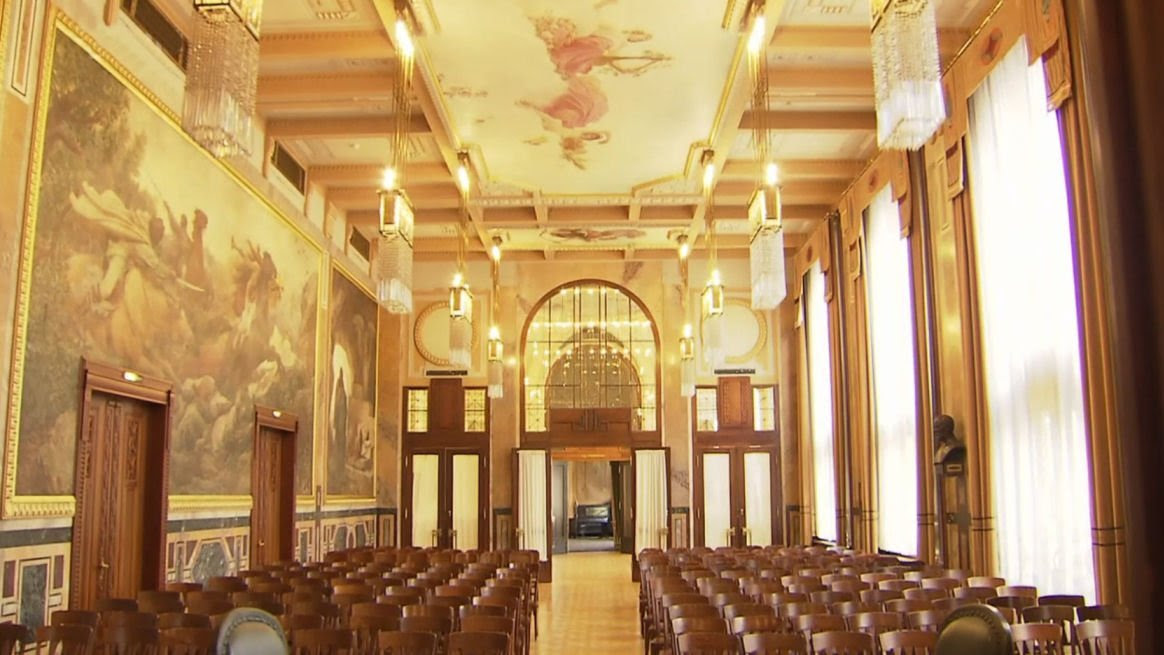 I have received an invitation to a seminar "The 2021 Elections - Will they be about anything?". And so, full of curiosity, I set off. The Grégr Hall of the Municipal House in Prague became a standing only room, some even stood, but it could only hold 150 people at most. As in the past, even in the present era of normalisation, there may be no more than a few thousand dissidents in the republic (Charter 77 used to have 2,000 signatories). Five speakers spoke from the podium, and they spoke eloquently.

To sum up: There is no one to vote for, politics is not taking place, there is conformity of opinion, politicians are silent or mumbling empty clichés in the face of the terrible threats of the near future. In the run-up to the elections, they attack each other fiercely and personally, but for utterly vicarious trifles. Nothing will change about the stagnation of the regime and the decline of the country after the [October] elections, even if there were any change of actors, it would be completely meaningless. "Glimpses of a rational attitude" appear only in the tiny protest parties in the SPD, the Party of the Free Citizens, and in the Tricolor Movement.

The political opposition has consistently avoided all the major issues of the day (and there are quite a few - housing for young families, the demographic slump, rampant bureaucracy, pension reform, infrastructure and motorways), as if it knows that nothing can be moved.

Influenced by the Prime Minister's winning marketing, it also aspires to a no-nonsense policy. Babiš, as is well-known, has no ideological position; he came into politics to defend, legitimise and increase his wealth. The others may have an opinion, but they prefer to remain silent, the parties dare not define themselves because it is dangerous, especially with the dark topics that are difficult to explain. These, of course, will not appeal to voters. The voter seems to be happy with the situation for the time being, and if he suspects anything, he tells himself that it might not be so hot. Above all, we are almost powerless in the face of progressivist ideology and the European Union, especially the disastrous green new deal. It is only at the twelfth hour, when everyone has felt first-hand that things are bad and revolutionary sentiment has set in, that anything can be done.

What awaits us? First of all, inflation. The seven hundred and fifty billion planned by the EU, once more co-financed by heavily indebted governments, will set off an inflationary spiral in Europe. This is caused when artificial money, subsidies, are spent on purposes that do not bring economic growth. We can rejoice that we are replacing dirty coal-fired power stations with cleaner gas, but there is no added value in such a conversion. Some people will get rich from drastic regulations, even though they contribute nothing to the real economy. And if the national (central) bank puts the brakes on, the economy will plummet and unemployment will soar. Recently, the belief in perpetual motion has reappeared, that "printing" money does no harm and can be used for the common good (Václav Hořejší in LN).

We can make fun of our neighbours, where the verb to get off (and the noun "Ausstieg") has made a career. They got out of the atom, now they're getting out of carbon and the meat industry, and they're about to get out of the car; personal mobility is unacceptable for the planet. After the October elections there will most likely be a left-red-green three-coalition German government and a nation of herd mentality will carry out the eco-agenda to the bitter end, namely to those electric bikes and scoobikes. And since the Germans rule in Brussels too, they will bring Europe to a crashing halt. This is perhaps the first time in history that politicians (in peace) promise people misery, sweat and tears. And in the end they may bring about war.