Blanket electricity subsidies are yet another communist insanity

I simply have to return to the topic of inflation which I last discussed four weeks ago. Things have clearly gotten more exreme. Inflation has jumped in most countries; and the deniers of the inflation have become even crazier. Only a few central banks led by the Czech National Bank do the right thing – which is to truly aggressively hike the interest rates (which really shouldn't have been lowered in 2020 at all because the crazy Covid lockdowns mainly brought a reduction of the supply which is really the "opposite" than a reduction of the demand). 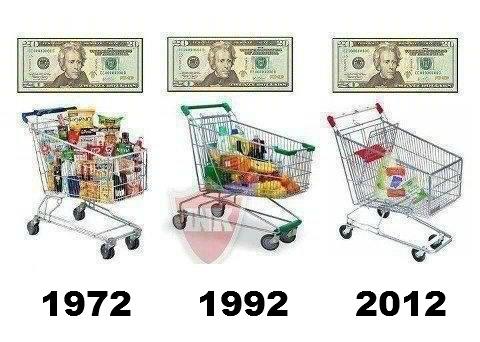 Five months ago, I correctly predicted that the European electricity prices would go to the Moon. It was unavoidable because there were many effects that implied an increasing and perhaps accelerating demand (post-Covid recovery, wealth of people from the Covid helicopter money, and the expansion of the silly fashion of the electric cars, among many other things); and a decreasing supply (the constant shutdown of fossil fuel and German nuclear power plants). Also, the wind wasn't really blowing as expected etc. What a surprise, if you go to PXE.cz, the quarterly Czech prices are 267 and 416 Euros per MWh, beating yesterday's already wild record by some extra 40%. It looks like a singularity, we are approaching the point when the prices will have added an order of magnitude in a year.

At the end, the demand and supply must match, so the mismatch at the low price is accompanied by an increase of the market price. When the price is higher, some demand disappears because some consumers no longer can afford (or no longer want to afford) the expensive electricity; and the supply increases because some "not terribly profitable" sources of energy that were stopped are restarted because the higher price makes them profitable. Even though the carbon indulgences have increased in price, this increase is much smaller than the increase of the corresponding electricity price that you can produce from coal making this much of CO2 and that is why it is right to restart all coal power plants that you may restart.

The markets pick the optimal price automatically and it's a wonderful thing. Free markets are wonderful, as Milton Friedman demonstrated in his poetically wonderful ode to the pencil.

So the higher prices are welcome news for the true producers of electricity; the stocks of ČEZ, the (60% state-owned) dominant Czech utility company, have doubled since early 2021. They're terrible news for distributors who have promised fixed prices to the final buyers of electricity and some of these distributors are going out of business. And the increased price is bad news for many others who have to spend a substantial fraction of their budget for electricity. It gets worse and the production may become unprofittable because of that, too.

It had to happen. For years, politicians across the world were parroting insane antiscientific delusions about global warming and the need to fight against CO2, the gas that we call life, and some of them were even repeating sick catastrophic predictions after mentally defective Scandinavian teenagers. Energy producers and similar companies became Cinderellas. Their profits per MWh were kept near zero but some fine-tuning was always done so that they don't really go bankrupt. Because many coal power plants were closed and we're returning to a normal era in which lots of electricity is needed, we naturally suffer from a shortage of energy.

There is no "immediate" solution. The right solution is obviously to end the "war on CO2" and related insanities and for everyone who has some fossil fuel power plants to restart those! Before that happens, the basic problem will be here: the thirst for electricity will exceed the supply, and that is why the prices have to stay high or, more likely, continue to skyrocket.

Now, some of the same politicians who were on the same boat with the Scandinavian mental cripples and who have caused this difficult situation are inventing their "solution" to the "problem" of the high prices. Because the prices became so much higher and people aren't used to that, let us subsidize electricity for all the households and all the companies. It will be cheaper and the problem is solved, isn't it?

I am just amazed how utterly braindead so many people are – and this hasn't prevented them from flooding governments and other institutions. It really seems that the total brain death has been a mandatory condition that all applicants for government jobs had to fulfill. Why am I this dissatisfied? Because these people completely misunderstand the markets and they completely misunderstand what is the "problem".

A buyer may find it inconvenient that the prices have increased and she may obnoxiously whine (even though she was praising the alarmists for years). But it's just someone's personal problem, a consequence of something more primary. And the primary aspect of the current situation is that

the demand for electricity at the previous, well-known, low enough prices exceeds the supply.

And because they must be ultimately equal, either the supply has to be increased, or the demand has to be decreased. The free markets are choosing "which supply should increase or reappear" or "which demand should disappear" optimally. The production or activity that is most energy-demanding in the sense that these price increases erase the profit will be and should be shut down. What is really remarkable is that all these imbeciles who are now proposing the energy subsidies for almost everyone

have the ultimate plan to allow everyone to consume as much as they originally wanted.

This is fudging impossible because the total planned demand or consumption, assuming the low prices, exceeds the current supply, the production, so it just doesn't add up. How braindead do they have to be not to get this simple point? Given the current situation, the disappearance of some demand is unavoidable and the market pressures resulting from the automatically increased market price represents the optimal way to pick which demand will disappear and which supply may reappear!

Instead of understanding these elementary points about the markets, supply, and demand that every healthy kid should be taught in the kindergarten, they want to subsidize the consumers of electricity! How does it help to solve the problem i.e. match the supply and demand? It obviously doesn't. It does the exact opposite. They are proposing new helicopter money, some money that is thrown in a slightly different direction from the helicopter but is ultimately indistinguishable from the $3.5 vigintillions that the leftist psychopaths in the U.S. want to throw from the sky now (terrorists paid by George Soros are terrorizing two last sane Democrat Party lawmakers in the public restrooms), and many other examples of this insane waste of money that we have witnessed for a decade or two, especially in the recent 19 months.

So extra helicopter money will obviously produce even more money supply and a bigger demand for electricity. The electricity price paid by the consumers will remain the same. The buyers or potential buyers will seemingly pay a smaller price because of the power subsidies; but this smaller price will clearly increase the demand because the buyers will be able to afford to buy more electricity, and this increased demand will have to be solved by the market price – which moves in the right way to match the supply demand – so the producer-side price will have to increase even higher. It will increase by almost the same amount as the power subsidies. This is the short-term impact of this insane communist policy. In the medium term, the power subsidies will create extra money supply and an even faster inflation, especially faster inflation in these (now) volatile prices like the electricity price.

So fudging financially illiterate Bolsheviks, stop inserting your stinky hands and arses into the free markets matters now. You have already screwed enough and it is very obvious that every new idea that you have is a recipe for another screwup, often worse than your previous one. You may at most subsidize a tiny fraction of consumers or companies that are in real trouble but may be described as existentially important. But the idea that the bulk of the consumers will be "compensated" and continue their consumption as they would consume without the increases in energy prices are mathematical impossibilities. You should return your kindergarten diplomas if you don't get this trivial point.

I wonder whether we will need to see a doubling-per-day inflation for the lunatics to see the light or to be non-violently liquidated by their sane compatriots. It looks that such an inflation is necessary. Because the (suicidal) Covid lockdowns made us poorer, it's obvious that the governments should have lowered pensions, salaries of public employees, and many other expenses. Instead, they did the exact opposite. This dose of the helicopter money has made very robust inflation unavoidable. We are seeing how it evolves and it is pretty dramatic. But these lunatics want to "solve" the problems caused by the insane Bolshevik pouring of free money by printing even more money, money stolen from the taxpayers, now mostly the future taxpayers. It is just utterly insane and the accelerating inflation or hyperinflation (perhaps along with the bankruptcies of governments) are an obvious final stage of this process.