Global warming: Nobel Prize in Physics has become a joke, too 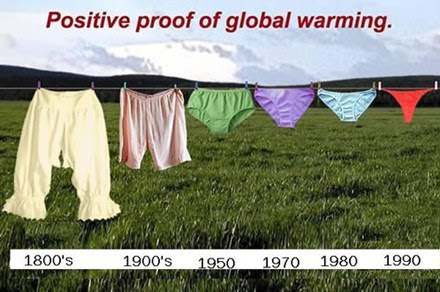 Yesterday, Scandinavian officials announced that the Nobel Prize in Medicine went to some folks who discovered the receptors of temperature and touch which sounds like interesting biophysics (in fact, a better candidate for a physics prize than what we discuss below). However, minutes ago, a new shock awaited us, especially 1/2 of the announcement is utterly shocking.

The Nobel Prize in Physics 2021

which is acceptable although I would obviously vote No. Giorgio Parisi has been a top notch particle physicist who has worked on QCD, partons, asymptotic freedom, Monte Carlo simulations, and even SUSY, and co-authored with men like Virasoro, to show that he has really been close to "my field" (his collaboration distance from me is 3, through Ferrara and Freedman). He increasingly focused on things like spin glasses, complexity, behavior of flocks of birds and planetary systems, and similar things.

Complexity-related ideas may be interesting but none of them is true Nobel Prize-level material – well, with this drop of the Nobel Prize, my assertion just became tautologically false.

The explanation of the award involving the "interplay" is incredibly vague. What is the precise discovery or the paper that is being appreciated here? After some minutes, it seems to me that it is specifically his paper(s) about the flocks of birds. He has written many of those, too. And papers about planets. Where is the beef? What is the finding or law or idea that has earned the medal? Does it matter any longer? Is there anyone else who cares and asks my question? Can someone help me? The "interplay mixing birds and planets" is exactly the kind of New Age unfocused gibberish that the anti-science people love. Parisi isn't an anti-science guy but this way of justifying an award is a New Age BS.

This chaotic mixture of very general physics buzzwords including "fluctuations" and "disorder" perfectly reminds me of Feynman's story about the morons' "interdisciplinary" conference that he once attended. He was asked to summarize it and pointed out that in the discussion about the "fragmentation of knowledge", there was no useful transfer of ideas at all. The representatives of different fields just presented their stuff from their viewpoint.

"So, in my opinion," I said, "we had no dialogue at all. Instead, we had nothing but chaos!"

Of course Feynman was attacked, from all around. "Don't you think that order can come from chaos?"

"Uh, well, as a general principle, or..." Feynman didn't understand what to do with a question like "Can order come from chaos?" Yes, no, what of it?

The three short paragraphs above were a quote from Surely You're Joking, Mr Feynman, and Feynman continued to complain that there were tons of pompous fools at that conference. To save himself from a similar anger, he vowed not to attend another interdisciplinary conference in his life. But this mixture of "order" and "chaos" is exactly relevant for the very same muddy thinking here. What is going on?

The point is that the question pretending to be a deep one, "can order come from chaos", is actually a very irrational and ill-defined one and its actual purpose is something completely different than to increase our understanding how Nature (or mathematics) works. There are various relationships between ordered and disordered systems: one can turn into the other by phase transitions. In various alternative descriptions and approximations, one may become the other, they may be alternative or dual descriptions of the same objects. There are various interesting things that might combine the order and chaos.

But the question "can order come from chaos" is obviously not refined enough to comprehend any such ideas. And in fact, the answer is completely unknown and irrelevant. With some understanding of the question, order and chaos are strictly mutually exclusive and they can't arise from one another. In another understanding of the question, the transition is almost omnipresent but how much widespread it is depends on the ensemble of situations that we allow and the precise definitions of the order and chaos. But none of these things was supposed to be analyzed when the question was asked.

Instead, the question was clearly asked purely because of the fact that Feynman didn't like that the conference and speeches by others were chaotic – while those who felt the duty to attack Feynman were obviously personally offended or threatened by Feynman's remark because they realized that they were chaotic themselves and they wanted to sell it as an advantage. So their chaos cannot be a disadvantage and because Feynman preferred "order", they decided to obsfuscate the difference between order and chaos by saying that one can easily jump in between them (or even that the credit for order should go to chaos)! It's that simple. So the question "can order come from chaos" was nothing deep, it was just pure deception and propaganda, a strategy for someone to cover a trait that is obviously a vice from a scientist's viewpoint. It's completely clear from the context.

Now, Parisi has found some things about the complex systems but as the justification for his prize shows, the reason why the committee decided that the findings were important was exactly that he "apparently" helped to obfuscate the difference between a very hard, scientific notion of "fluctuations"; and the less well-defined yet omnipresent "disorder". Lots of people like it because they are disordered and they want to be treated as equal with the quantitative scientists who talk about quantities such as fluctuations. If an actual law or idea were the reason for the prize, it could have been explained more sharply.

But it is clearly the other one-half of the Nobel Prize that turned the Nobel Prize into a corpse in my eyes. The other types of Nobel Prizes, especially those for peace and perhaps literature, have a track record featuring lots of terrorists and communists who got their award for something disgusting that was however popular among some leftists or haters of the Western world and similar folks. The late terrorist Arafat had to get one because he was a darling of many such people. Obama got a prize for peace before he did anything of substance and before he started dozens of wars (Trump would have deserved the Nobel Prize in Peace about 50 times more than Obama but for obvious political reasons, he didn't get one). Al Gore got his one-half of a Nobel Prize for a fraudulent PowerPoint presentation about the catastrophic global warming because tons of dishonest leftists loved these kinds of anti-scientific lies.

Wow, just wow. You may click at the names to confirm the expectation that these men did some influential early work on climate modeling. And I think that these men aren't even the most radical activists who would love to exaggerate the projections more than others. But don't make a mistake about it. The climate modeling hasn't led to any new yet reliable insights. In those 50 years, while the short-term weather models have made some progress, the long-term models have made virtually none and it is especially the case of the question about the magnitude of the influence of CO2 on the climate. All the relevant quantities (like the climate sensitivity) remained about as uncertain as when these modelling efforts were launched and the claim about the "reliable prediction of global warming" is a pure lie.

So there is no reason for a Nobel Prize, especially not one that would go to somewhat random "physicists of the climate".

But even if the two men deserved such an award, which they don't, it is absolutely unforgivable how the prize was justified. It was justified by buzzwords (I especially mean the nonsensical superstitious phrase "global warming") that are almost identical like those in the justification of the Nobel Prize in Peace for pure scammers such as Al Gore. In this way, the Nobel Prize has committed suicide and I don't want to hear about it again. The political motivation of this prize is 100% obvious. These people have been picked to steal a part of the credit accumulated by physics, the hardest discipline of sciences, and give it to one of the worst pseudoscientific superstitions of the contemporary era.

I reserve the right to ban any commenter who mentions the Nobel Prize in a positive sense.

It is no coincidence that my 2011 blog post which included the quote (about the order and chaos) from Feynman's book was discussing an insane UN climate conference that looked maximally similar to the conference that drove Feynman up the wall. This link between "complexity" and "global warming" – which was made very explicit in the Nobel Prize today – has never been a coincidence. As I mentioned in numerous blog posts including very recent ones, the worshiping of complexity and muddy thinking has been one one of the key pillar underlying the climate religion. The deceitful statements about the climate change are driven by people with a muddy thinking and the shortage of integrity who love to hide in the chaos. They know that whenever things are done properly or there are real scientific expectations, they lose any influence because they suck as thinkers, especially as honest or accurate thinkers.