Willie Soon sent me this fresh article at the Daily Mail (see also Google News, Twitter) talking about an ongoing trial, Dave Kleiman's relatives vs Craig Wright, about the ownership of roughly 1.1 million Bitcoin ($65 billion by current near-record prices) which were mined in the first year of the Bitcoin. 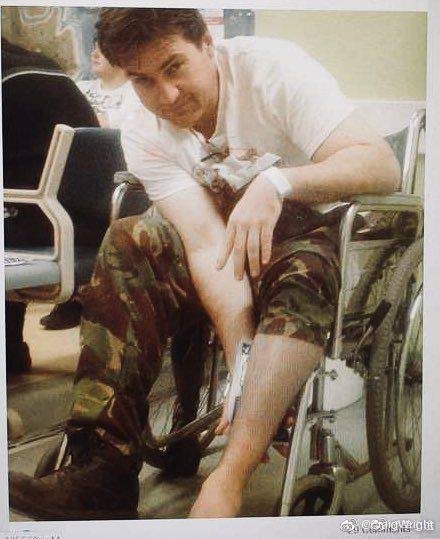 Kleiman died some years ago. These two men clearly knew one another very well, they were friends for some time, Kleiman contributed to the decline of Wright's marriage, the relationship soured for other reasons as well. They had some contract to share those BTC 1 million. The question is whether both of them owned it. A technical "detail" that helps to clarify these things is the question whether Wright himself or Wright+Kleiman were the fathers of the Bitcoin, aka Satoshi Nakamoto. I have discussed this question since 2019 and sketched it already in 2015.

I still find this claim uncertain but more likely to be true than not, see Craig Wright on this blog. Hours ago, this Mr Murray (who is close to Wright) released an intelligent video claiming that he has very good reasons to know that Craig Wright is Satoshi Nakamoto (see also a similar new video by DJ Chan and Ryan Charles, a physicist, 12 days ago; Kevin Healy in April, 55 minutes; Joshua Henslee, new; text by Zem G.). The identity of something isn't just an empty label that may be assigned, it shapes throughout your world line, you earn it. I actually made the equivalent claims recently, especially here where I claimed that predictions by artificial (or real) intelligence may only be assigned to an identity of an entity that has been free to make decisions for some time.

Wright clearly knows a lot about these things, has numerous blockchain patents (perhaps #1 in the world), and carries a vision (and the BSV coin, the original Bitcoin according to himself, Bitcoin Satoshi Vision that Craig claims to be the only true Bitcoin). You may read some rather deep essays about many topics on his website. Most importantly, he can explain "why" various details in the original Bitcoin paper are what they are and how they are connected to closely related topics that Wright was clearly interested in. Things make more sense with his explanation; no one else has been capable of shedding light on these issues and he did it many times. The (non-)money didn't arise out of the vacuum, Nakamoto (especially if he is Wright) was probably studying policing in online games. Wright knows some books that were relevant in the field but very esoteric for the community.

The clash between Wright and his haters has lots of ideological as well as technical ramification, e.g. about the right way to scale the network (Wright is the main big-blocker and his BSV has had one-gigabyte blocks while the crowded BTC remains stuck at an "inflated one megabyte"), about the meaning of the identity, and about the compatibility of the network with the conventional legal systems. While it has become common in the "cryptocurrency cult" to view their network as a tool to escape or overwrite the legal system – these cultists really think like criminals who feel happy that they have a "safe way" for them to launder money (it is not really safe!) – Craig Wright insists that the network does work and must work inside the conventional legal system.

While Kleiman's relatives want to prove that Kleiman and Wright shared those BTC 1 million, and they should probably divide it to two equal parts, Wright prepares to demonstrate that he is the only inventor of the Bitcoin and he should own the whole million. He also wants the court to order the miners to move his coins to his wallet which may indicate that he or they have lost the keys to the Satoshi coins or something like that. It is possible that the court will rule that indeed, he has the right to get the coins and the miners will have to decide whether they will resist the verdict (and risk liquidation by the conventional law enforcement) or whether they will manually rewrite the blockchain to confirm Wright's wealth (yes, this is what the anarchist cryptocurrency cultists want to be impossible, courts should be and may be pissed upon now, they think). This may happen even if the story about Wright's authorship is untrue and I am more interested in the truth about the birth of the Bitcoin than in a particular judge's verdict that may be unjust or flawed (but a flawed verdict may still be far-reaching).

Meanwhile, Wright's lawyers are sending warnings to Coinbase, Kraken etc. that they need to stop using his trademark Bitcoin for BTC because "Bitcoin" is only a legitimate short name for BSV, Wright's variant of the coin. He offers a deal to them; and threatens all these large cryptocurrency exchanges with a complete liquidation.

If the keys are available and the Satoshi coins are not moving just because of the doubts who has the right to move them, the verdict may make the coins move (and the Bitcoin price to crash) whatever the verdict is. The verdict should allow either Wright or both Wright and Kleiman's heirs to move this BTC million; or, if it validates Wright's defense, it may order the coins to be moved even in the absence of the private keys. That is a reason why the end of the trial could be (or maybe even has to be?) a dangerous moment for the price of the Bitcoin and you should heavily considering selling now. On the other hand, there have been many seemingly similar moments, e.g. in early 2020 (Tulip Trust...), that have fizzled out and the idea that "something big is around the corner" may very well be a permanent mirage.

I am not quite sure that Wright is the only (or principal) father of the Bitcoin but I am sure that his traits and opinions make this hypothesis more likely than for any person whose Bitcoin views and knowledge I have heard. In particular, I am absolutely certain that Wright's opinions about the disputed questions are much more accurately aligned with the views presented by Satoshi Nakamoto in the whitepaper than the critics' views are. All the main Wright haters seem to be dull mindless anarchists who want everyone to worship the coin and treat it as something with a nearly infinite value and power that overwrites the existing laws of the countries of the world and other things. I find it obvious that this stupid view is not what Nakamoto actually had in mind. For him, the Bitcoin was just a system to guarantee a central-authority-independent policing and irreversibility of completed transactions (an overwhelming majority of them) that work inside the usual legal system.

Wright has, and Nakamoto had, a deep understanding of the economics (which must include a deep appreciation for the free market and the natural "egotist" behavior of the players and) which is a big part of the reasons why the Bitcoin system "works" at almost all time, why it doesn't pay to try to cheat it in order to double spend. On the other hand, his critics (and other candidates) suck at economics, they are almost AOC-style cranks. I am sure this is totally incompatible with being a real Nakamoto, being a real expert.

Wright has also revealed that a decade ago, he worked for the authorities as an expert fighting the copyright violations by the P2P sharing networks. I find this background to be rather natural for someone who would create the Bitcoin as well. His critics are mostly the people of the kind that likes to steal the intellectual property (most of the older ones were almost certainly sharing thousands of songs and other files 1-2 decades ago) and they interpret the Bitcoin as a tool to do such things as well. Of course I find it more natural than the Bitcoin arose from someone who actually wants to defend his or others' intellectual property. After all, encrypting files etc. so that they are not accessible to everyone is really a primary point of cryptography as a field.

I am not sure whether anything will change after this trial. But if Wright is the father of the Bitcoin, the cryptocurrency cult's continuing fight against the man who should normally be worshiped as their God (because they worship the Bitcoin) would be another staggering example of the SJW-like ultrastupid activism that has devoured the brains of a very large number of people who are currently alive. The main reason for the widespread hatred directed against Wright seems to be the generalized out-of-control political correctness. If someone still wants to be long the cryptocurrency bubbles, I would still recommend him or her to switch a part to BSV which is just about $180 now because the status of BSV as "the real Bitcoin" has a nontrivial probability to become a legally binding view.