Will the Bastille Group save the West from putrefaction?

Aggressive human crap is spreading across the West like fire and we are sort of defenseless and unprepared. I think that some international coalitions to save the Good Old West are needed, at least to optically change the "apparent balance of powers". Recently, I was increasingly thinking that France could be the next bigger ally that may act as a barrier of a sort.

The French public exerts a significant pressure on the French politicians for them to protect the country against the cancer of cancel culture and against new waves of mass immigration. France was betrayed by the Anglo-Saxon world and especially by Australia in the Anglo-Saxon submarine scam. And France is naturally the European Union's main proponent of the peaceful nuclear energy, a position that is under attack from the Germany-led Luddites.

You may check that the French-Visegrád relationships have been evolving along a complex trajectory. French economy minister Bruno Le Maire has arguably been the most readable person who wanted to build closer ties some five months ago.

Note that the populations of France; Poland, Czechia, Hungary, and Slovakia are 67.4; 38.0, 10.7, 9.8, 5.5 million people, respectively. In total, Visegrád has about 64 million. Along with France, the hypothetical bloc has over 131 million people. If and when such a bloc acted as a whole, it would easily trump the likes of Germany. With some coordination, we could speak about a new "power center" of the EU. Let me name the bloc B5 or the Bastille Group. I just learned the latest breaking news that the Bastille Prison has been demolished (in the early 1790s) so the ceremony would occur on the Place de la Bastille instead. ;-)

I do think that the spiritual core of Visegrád – Poland and Hungary – and France face some threats of isolation that may look different but they are not too different. An aggressive globalist group think is the actual foe in all these cases. While the Franco-German axis in the EU is often discussed, it is a highly myopic perspective for France to take because France's sovereignty and existential interests could be razed right after those of Hungary, Poland, and V4 (note that Hitler took Paris exactly 15 months after Prague, these are the expected delays here!). The Franco-German axis recently found itself deeply split in one topic, nuclear energy. France gets 70% of its electricity from the Curie-Becquerel nuclei (TM); Germans prefer to be hysterical about a minor Japanese tsunami-linked accident in 2011 and they plan to shut down some of the remaining nuclear power plants next month and the rest a year later.

Great. The Bastille Group is a clear supporter of nuclear energy as one of the totally problem-free sources of electricity. This clarity could be conveyed in a truly self-confident way if the Bastille Group existed. Poland is the only B5 member that has no nuclear power plants as of now but it is not because of some psychological barriers and Poland is arguably planning to build such facilities.

Poland recently found itself in a fight for its basic sovereignty when some hostile personnel in the EU institutions had a problem with the unsurprising (and clearly legally correct) conclusion of the Polish constitutional tribunal that according to a precise analysis of the legal changes that have and haven't taken place in recent decades, the Polish constitution and laws of the same strength are more powerful in Poland than the EU laws – the latter are international treaties in between the constitution and the regular Polish laws. (The Lisbon Treaty is a framework that was designed to make this supremacy of the national constitution irrelevant because heckling majorities in the EU were bound to become more audible; but nothing has changed at the formal level, we still have sovereign countries on paper and it's totally shameful that some politicians want to obfuscate this fact.) 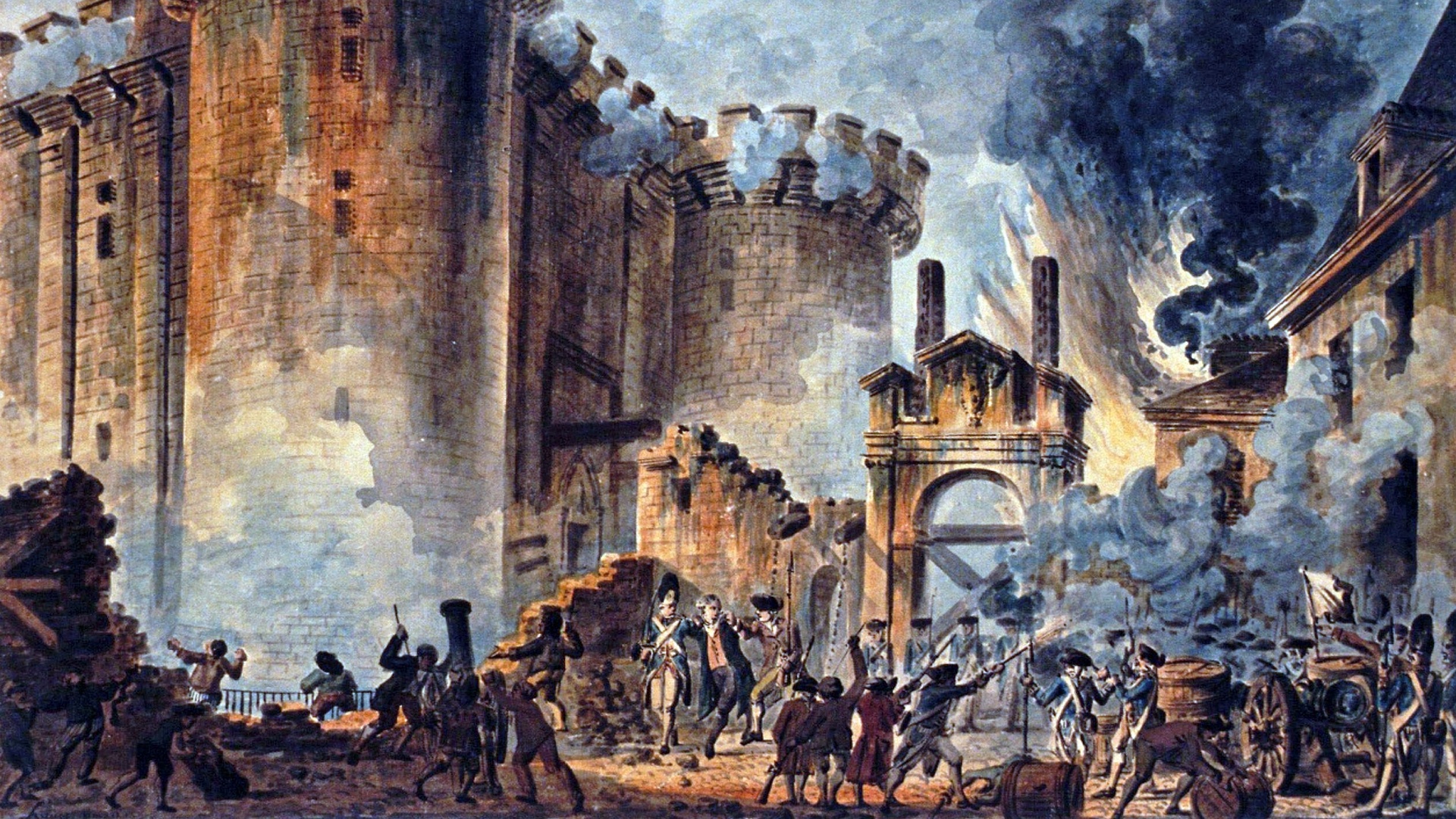 Again, Poland looks isolated but the very same problem may be faced by all B5 (and other) countries. In fact, Germany has been in the same problems but due to the "special status" of Germany within the EU, the German Constitutional Court was allowed to claim that the German laws stood above the EU ones. Others are "not allowed" and I think that France could be too self-confident if it assumed that it will always get the same treatment as Germany.

So yes, B5 would promote the supremacy of the national constitutions within the EU and prevented the truly (German-)imperial unification of the EU. This seems like a position that is sustainable within B5 in the long run, regardless of the changing governments.

This is a common sense attitude for Poland and even for Hungary. But there seems to be a growing consensus in France that France needs this kind of guaranteed sovereignty, too. Czechs and even Slovak publics would agree (and the Czech Constitutional Court had to repeatedly state that the EU laws didn't have the absolute power within Czechia) while the politicians are somewhat spineless and some pressure in this direction would be welcome. Meanwhile, internationally,

B5 would promote fair relationships with Russia and China.

B5 would be a loyal subgroup of the EU and NATO but it would be ready to cut and reshuffle the alliances in the hypothetical case that other NATO countries start a truly illegitimate (armed but not necessarily armed) offensive against non-member countries (starting with Russia and China but not necessarily those). Note that France should be more active in looking for allies in its anti-Aukus attitudes and Boris is actually trying to pick Poland and Hungary as anti-France allies, something that is fundamentally illogical and France should counter this evolution. Perhaps equally importantly,

B5 would defend its space against the penetration of truly pernicious "cancel" ideologies from the Anglo-Saxon world.

These ideologies have spread in a big part of the West but I think that the French politicians and pundits are right when they consider these sick ideas invasive species that are being imported mostly from the U.S. Due to the shared language, the Anglo-Saxon "five eyes" are comparably affected by this toxic mental stuff.

B5 would ideally act as a tool to defend its individual members in situations where these members look anomalously isolated because no one dares to take their side; as I said, the aggressive Anglo-Saxon-dominated globalism is the true enemy in all such situations. But there could be strategic advantages of such a closer union. For example, if some pro-Islamic (or similar) tectonic shifts were taking place in France, France could pursue a tighter integration of B5 (perhaps into a country, in 2050) and delay a hypothetical moment of "going Islamic" by many decades or a century by being clumped with the four countries where Islam is unlikely to become large anytime soon.

B5 would be a condensation core of a potentially greater union that would gradually become a reliable bloc defending the Good Old West. New members could include the usual "Visegrád Candidates" such as Croatia and Slovenia; Austria; Serbia... as well as non-EU countries like Switzerland and Norway; non-imperial, often freedom-minded EU members such as Denmark, Sweden, Finland; maybe Italy, and more.

The Australian-French rift has escalated. The French ambassador to Canberra openly talks about the deceit by the people in the Canberra bubble; Australia PM rejects "sledging (from cricket)" from France; and Macron complained that Morrison used "inelegant methods" when he failed to scent his stinky ass with a proper French perfume (and when he leaked some Macron text messages).

Many Czechs like me learned this "apparently totally Czech folk song" as kids. It's called "On the Road to Prášily". Funnily enough, it is originally a French song, "Sur la route de Louviers" i.e. "On the Road to Louviers". In the Czech version, the French town of Louviers was replaced with the Bohemian Prášily in the Šumava mountains. The lyrics is exactly equivalent: a road mender tells a female aristocrat in a carriage that if he were wealthy, he wouldn't have to do this dirty job.