Chaos and violence erupted in Kazakhstan, a Central Asian country of Borat's (and 19 million other people) that used to belong to the Soviet Union. The people are pretty rich there, thanks to (mainly) oil, metals, and easy agriculture. Kazakhstan is both the country of Baikonur as well as a member of the CSTO, Russia's counterpart of NATO.

Note that the Kazakh language is a Turkic language; but a large fraction of the population, especially the elites and would-be elites, speak Russian. The former capital is the reasonanly warm Almaty in the Southeast (2 million people) but they moved the government to Nursultan (1.2 million like Prague, named after a former leader) in the Central North which will experience –23 °C on Sunday.

The new capital Almaty is much like D.C. and is inhabited mostly by bureaucrats and politicians of a sort, so it's the only place where the revolt hasn't taken place. In the rest of the country, the law enforcement was basically defeated by the rebels, many of the cops were beheaded (the Taliban only beheads Calvin Klein figurines these days!). Tokayev, the current president, wanted to please the demonstrators but after some violence, he asked CSTO for the fraternal help (we have used this for the formally allied Russian tanks since 1968 but in this case, it is a real help, I think). Russia supports Tokayev.

If you missed it, the demonstrations began to display their dissatisfaction because of an insanely petty reason, the energy prices. The first question that people like me instantly ask is: Why exactly Kazakhstan should see this Yellow-Vest-style violence when the energy crisis is nearly global? In fact, it was just one liquid source of energy whose price was doubled... and it was neither petrol nor diesel. Kazakhstan doubled the price of... LPG, the Liquefied Petrol Gas. It's a funny alternative to petrol. The fuel consumption is almost the same as in the petrol cars but the price is just 50%. It costs just CZK 16 a liter, petrol is CZK 32-36 in my city. My ex-GF drove an LPG car but otherwise it looks like a completely fringe product. The idea that a civil war could erupt because of the price of LPG in Czechia sounds utterly comical.

At any rate, the rallies were massive and the demands of the people on the street quickly converged to the ill-defined would-be idealist general demands that people who are clueless about politics often like to say, like "end the corruption". After Tokayev brought the CSTO troops, he fulfilled the original demands of the rebels so he is clearly trying to cooperate. It was just revealed that 18 cops have been killed in the skirmishes. My guess is that the number of rebels or civilians who paid with their life was somewhat higher, perhaps of order 100. Czech media claim that the Kazakh police brags that it has "liquidated" dozens of attackers. What the "liquidation" really amounts to is left a bit uncertain but I suppose they were killed but not "liquefied" in order to make the Liquefied Petrol Gas even cheaper. ;-)

Whether we should call it a civil war depends on our conventions. It could deserve this label except that the expectations are that the rebels are going to be defeated. I can't imagine the open defeat of the "fraternal CSTO help". No one seems to care. 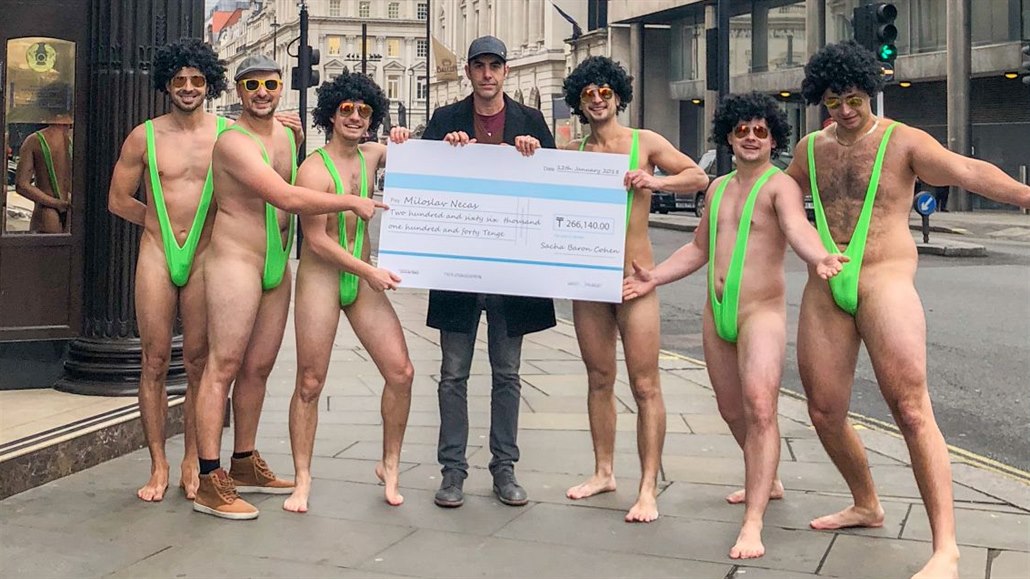 In 2018, Czech tourists in Astana, Kazakhstan (the name of the capital up to 2019) had to pay a fine although they respectfully wore the national costumes of mankinis. Sascha Baron Cohen, the film industry's Borat, paid the fine for them and went to have beer with the Czechs in the pub.

Now think about the D.C. a year ago.

A group of Trump supporters organized a rally near the Congress to protest what they saw as the rigged elections. There are extremely good reasons to believe that the 2020 presidential election was rigged – at many levels – and this is still the conclusion favored by most GOP voters as well as your humble correspondent. Of course, many participants of the rally wanted to take the power back in some more physical way. It is unsurprising, they knew that the country was going to be crippled by sociopaths who have rigged the election and who would use the senile Joe Biden as their mascot.

I think that most Americans don't want a civil war but the number of Americans who (pretty much understandably) think it's right to use more assertive tools to stop the decay of the country is undoubtedly large, between 10 million and 50 million. A sane person just can't be shocked that some of the participants of the January 6th 2021 protest wanted to deal with the Congresspeople more directly etc. One woman was shot dead. She was arguably a real warrior in the camp of "conspiracy theorists" who was willing to take the risk. (Compare the casualties to those in Kazakhstan that no one seems to care about.) At any rate, she was a much better human being, fighting for a much better cause, than George Floyd. She was killed by forces that may be considered pro-Biden but she's not celebrated by the CNN as a victim of the communist oppression. The likes of the CNN prefer to worship George Floyd and similar scum.

Some interactions could have been planned and started by the secret services. There exist videos showing that the demonstrators got to the Congress very easily etc. I don't claim to be a top expert in these matters. The main reason is that I don't find these details too important simply because, except for the unfortunate death, nothing happened during the January 6th, 2021 protest at all. It turned out to be a complete non-event. Sadly, I would add, but a non-event.

Nevertheless, the leftist "media" and similar scum has been pumping the insane propaganda about a "riot". Wow. What riot? A group of GOP voters came to an excursion to their U.S. Congress, a building where hundreds of representatives are supposed to represent these voters, an important place of the U.S. democracy. But because they know that most of the Congresspeople no longer serve a majority of the U.S. citizens and that's why they feel threatened (and their regime is threatened), this excursion to the U.S. Congress is found inconvenient by the current far left regime so they spread the totally fake news about a riot. Look at the criminal BLM mess to see what riots look like, aßholes.

This ludicrous fairy-tale and terminology reminds me of the rewriting of the history that we knew in communism. For example, the February 1948 communist coup has been called "The Victorious February" between 1948 and 1989. It was such a ludicrous euphemism that I still like to use it now! The democratic ministers had wanted to slow down the ongoing gradual takeover of the power by the communists (inside the 'National Front" coalition of all allowed parties) so they mass-resigned and hoped that the nominally pro-democratic president Dr Edvard Beneš was going to invent a miraculous cure that would preserve democracy in Czechoslovakia. Instead, Beneš did the most likely thing that a president can do when ministers resign, he accepted the resignation, being afraid of a civil war (and seeing tons of the rathe fanatical commie supporters in the streets) etc. So the prime minister (comrade Gottwald) replaced all these outgoing ministers with communist and communist-controlled folks which is what our government looked like for 41 years after that moment. Those were disgusting events that crippled Czechoslovakia for four decades but as kids, we were encouraged to paint pictures to celebrate them (I think that it was only the case in the early 1980s and since the mid 1980s and in the perestroika years, the regime already agreed that it was counterproductive and silly to boast about these events).

Instead of "The Victorious February", the new Stalinist regime in the U.S. was apparently started by those shocking "January 6th riots". This insulting and dishonest language is clearly being used in order to demonize conservatives and legitimize the increasingly widespread policies pushing Conservatives towards the Gulags. I am really amazed by the people who are willing to say these things with their mouths and I hope that a real event, as opposed to a non-event, will break the necks of these nasty lying individuals. Something like the Kazakh events could be healthy for the U.S. and I believe that the good guys would easily win.

Update: Tucker Carlson had a great segment dedicated to the anniversary and its interpretation. A tragicomic quote that made me explode in laughter was Ted Cruz who, around 7:49, discussed the "violent terrorist attack" a year ago. Cruz has probably smoked a powerful substance.
Off-topic: Like most Serbian folks, I am shocked by the treatment of Džoković in Australia, especially because Serbs' 12 days of Christmas begin tomorrow (his family said that he was being crucified like Jesus but he will survive). I was surprised that he would get an exemption from the Australian Coronazi rules but I think that it was a trap and the annihilation of the visa was probably preplanned to maximally humiliate the athlete. Morrison says that "rules are rules" and I add that "rules invented and enforced by fascist scum belonging under a guillotine are rules invented and enforced by fascist scum belonging under a guillotine". Friday update: Czech player Ms Renáta Voráčová saw her Australian visa revoked, after having played some balls! So she's in the same situation as Novak now and I am personally happy to see that we sort of accompany our Serbian near-brothers. ;-)